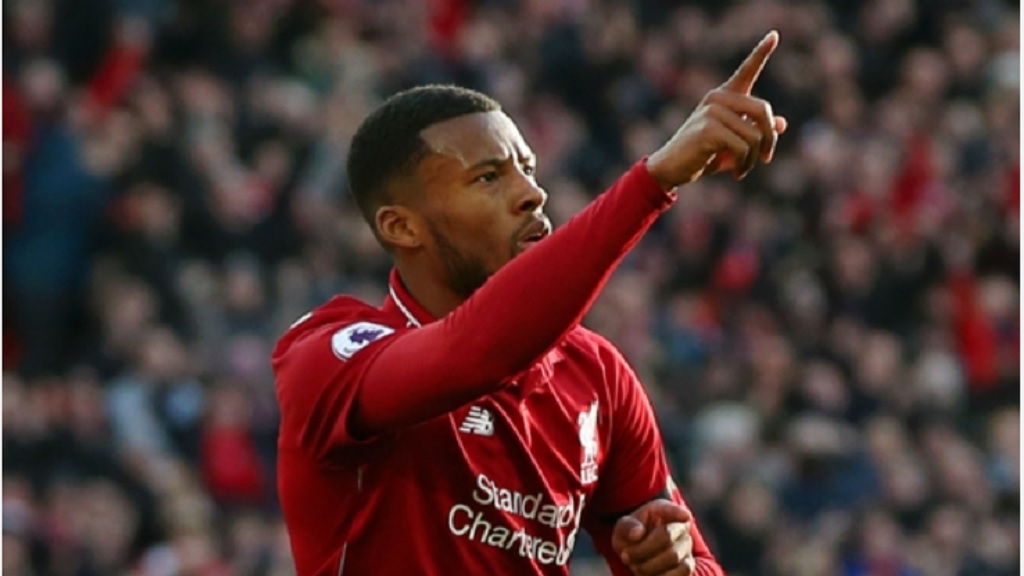 Liverpool midfielder Georginio Wijnaldum criticised Everton goalkeeper Jordan Pickford for the “stupid” tackle that has ruled out teammate Virgil van Dijk with a long-term injury and said Tuesday the squad is still struggling to come to terms with the incident.

Van Dijk damaged cruciate ligaments in his right knee after a reckless challenge by Pickford early in the 2-2 draw between the Merseyside rivals in the Premier League on Saturday.

The Netherlands centre back — widely regarded as one of the best defenders in the world — will have an operation in the coming days and is facing months on the sidelines, though Liverpool haven't given an exact timetable on Van Dijk's absence.

Wijnaldum said Liverpool's players were “devastated” and “still have a bad feeling about it” three days on.

“None of the players slept because of what happened with Virgil and the way it happened,” said Wijnaldum, a teammate of Van Dijk's for club and country.

Pickford wasn't punished for the sixth-minute challenge that forced Van Dijk out of the game immediately and Wijnadlum was critical of the heavy-handed approach Everton took in Saturday's game and in previous Merseyside derbies.

“Of course we are upset,” he said, speaking the day before Liverpool play Ajax in the group stage of the Champions League. "The way Pickford went into the challenge was completely, in my opinion, stupid.

“I believe he didn't want to injure Virgil the way he injured him, but the way he took the tackle, he didn't care about what happened. We had it a lot in the games against Everton. In my opinion, they take it way too far in the games we play against them. We know it's a derby and everyone wants to win, and sometimes you go a little bit over the top. But this was too much.”

Liverpool manager Jurgen Klopp said Joel Matip was also out of the game against Ajax, leaving the team down to one senior centre back — Joe Gomez.

Fabinho, a central midfielder, is likely to partner Gomez.

Klopp said his players must “stay calm” amid suggestions the absence of Van Dijk will hamper Liverpool's chances of retaining the Premier League title.

“People can say what they want, it's a free world,” Klopp said. “But three weeks ago, they said we will run away (with the Premier League). Three weeks later, we are not even in contention for anything any more.”