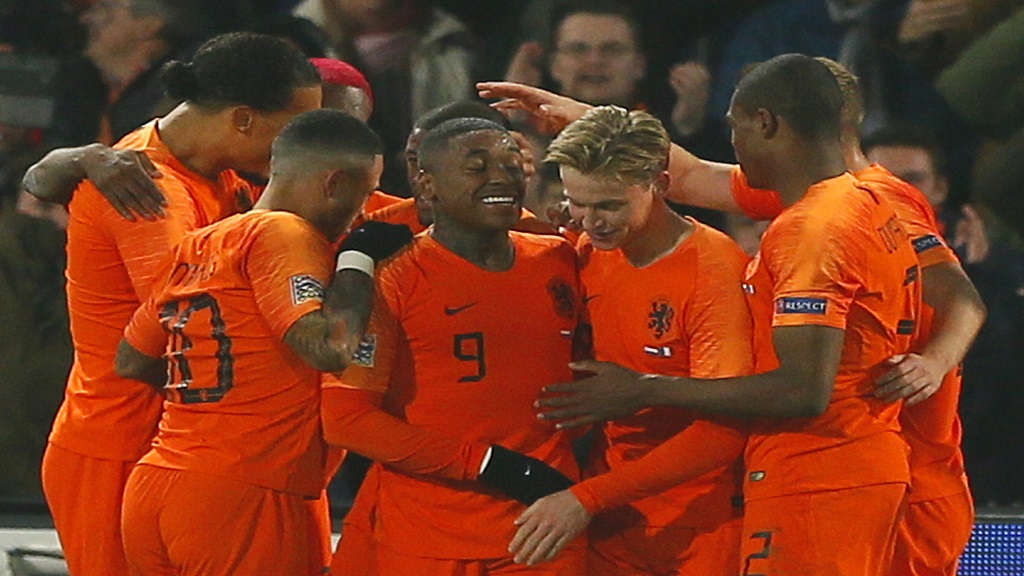 Georginio Wijnaldum and Memphis Depay were decisive as Netherlands beat France 2-0 to relegate Germany in the Nations League and give themselves a chance at reaching the Finals.

Germany needed France to win to give them a realistic chance of escaping the drop, but Netherlands deserved their victory in Rotterdam to ensure Joachim Low's men are demoted from the top tier.

Netherlands can claim progression to the final four with a point in their last outing away to the relegated Germans.

The home side had the better of the first period and deservedly broke the deadlock 44 minutes in through Wijnaldum, who made amends for an earlier miss.

France never really showed the hunger to take control thereafter, and Depay wrapped things up with a stoppage-time penalty which beat the otherwise excellent Hugo Lloris in goal.

Netherlands made a ferocious start which almost gave them a second-minute lead, but Wijnaldum shot straight at Lloris from 12 yards after Depay's cut-back.

The visitors responded and went close themselves soon after when Antoine Griezmann saw a header saved by Jasper Cillessen.

Netherlands' control dissipated as the first half progressed, but they did go ahead just before the break – Wijnaldum slotting in the rebound after Ryan Babel failed to beat Lloris from close range.

Lloris had to be alert to prevent a second just after the hour, denying Denzel Dumfries' header and then blocking the defender's follow-up effort with his right leg.

Depay was the next to test Lloris 17 minutes from time – his 25-yard free-kick forcing the goalkeeper into save down to his left.

France could not capitalise, however, as Netherlands made sure of the victory in the sixth minute of added time - Depay producing a cheeky 'Panenka' penalty after Frenkie de Jong had been tripped by substitute Moussa Sissoko.

What does it mean? Netherlands becoming a force once again

Many were quick to write off Netherlands' chances when the groups were revealed, but they have proven themselves to be a match for anyone. Youthful, vibrant and full of flair, the Oranje are starting to look like their old selves again and could make the Finals depending on their result against Germany.

They are a point behind world champions France with that Germany game in hand.

He may be only 21, but De Jong controlled the match with the composure and maturity of someone much older. He was a calming influence, completing more passes in the opposition half than anyone else on the pitch, going on to win the clinching penalty.

Roma midfielder Steven Nzonzi was culpable for the first goal having lost possession and never really made amends, struggling to make much of an impact against the dominant Dutch middle trio before being replaced in the closing stages.

Netherlands' final Nations League match takes them to Gelsenkirchen to face Germany on Monday. France will be interested observers in that one, and are then in action themselves in a friendly clash with Uruguay – who they beat in the World Cup quarter-finals – a day later.