Who to believe, Holness or Phillips in relation to private House talk? 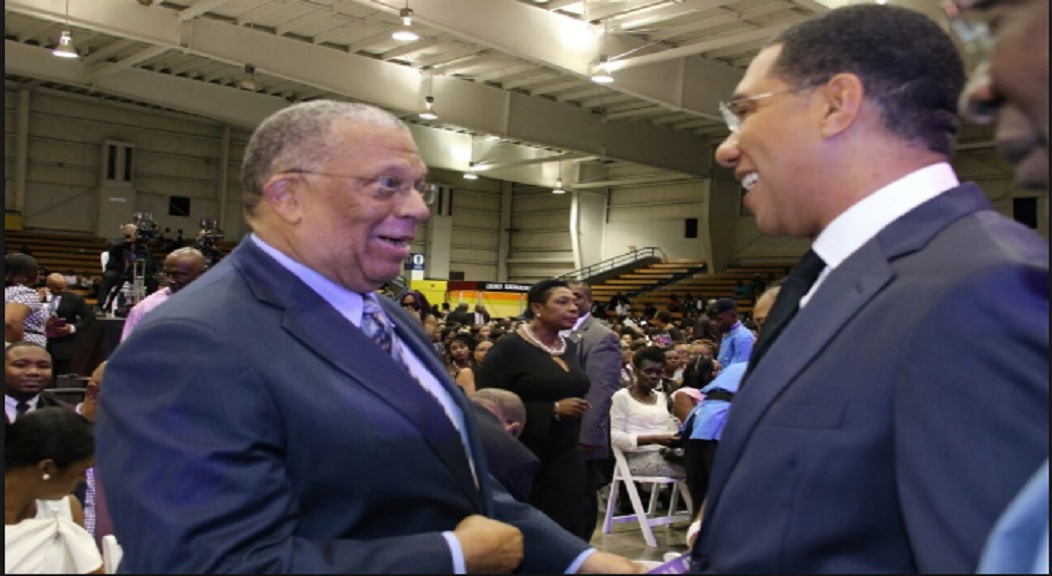 There is now a public back-and-forth between Prime Minister Andrew Holness and Opposition Leader, Dr Peter Phillips, about who is speaking the truth regarding the tabling and subsequent withdrawal of a controversial resolution that would have seen the wait time for public disclosure of some Cabinet documents moved from 20 to 70 years.

On Saturday, Phillips took what he said was the “unusual step of directly contradicting the prime minister of Jamaica regarding his version of a brief private conversation which he held with me behind the speaker’s chair in Parliament two weeks ago.”

Phillips referenced a quote in the media that was attributed to Holness, in which the prime minister said: “I briefed the leader of the Opposition that we would bring an order resolution, and that the order resolution would increase (the waiting period for Cabinet documents) from 20 to 70 years. I explained what had triggered it, and that we would want his support, which he agreed to. Otherwise, I wouldn’t have gone through with it.”

That position was quickly shot down by Phillips.

“This statement is untrue, and is an incomplete and unfaithful representation of the conversation between us,” said the leader of the Opposition.

Phillips stated that he and the prime minister had what he called a “brief, informal conversation,” during which Holness indicated his Government’s intention to change the policy on the period of exemption of Cabinet minutes from 20 to 70 years.

“I immediately told him the period was too long. The prime minister then indicated that 70 years was the international norm. This has turned out to be false,” said Phillips.

The Opposition leader added that “Upon checking the situation in a number of other Commonwealth jurisdictions, including the United Kingdom, Canada and Australia, it has become clear that the prime minister was not candid in his response. It is also clear that the general trend is to move closer to the provisions of Jamaica’s Access to Information (ATI) Act 2002. At no time did I tell the prime minister that the Opposition agreed or disagreed with his new policy.”

According to Phillips, as far as he was concerned, the prime minister was extending a courtesy in informing the Opposition of his Government’s intention to change the policy.

Phillips also said that in any event, passage of such a resolution in Parliament requires only a simple majority.

“The Government has that majority, and does not require the Opposition’s concurrence,” he said, before suggesting a breach of trust.

Said Phillips: “The prime minister has chosen to misrepresent this conversation, and to breach long-standing conventions with respect to private discussions between the parliamentary leaders, in order to divert attention from this grievous and unacceptable policy error which has been universally rejected by public opinion.”

Phillips also said that since the reasons being given for the change is a request for Cabinet minutes covering the 1975-1976 period, the People’s National Party (PNP) has no objection to documents for this or any period being provided to any applicant within the law.

“The provisions of the ATI are clear, and in any event, I would not expect any retroactive application of a new policy. It was a PNP administration which passed the Act in 2002, with full knowledge that there would be full disclosures within the 20 years,” he said.