Who are North Korea's "robotic' cheerleaders? 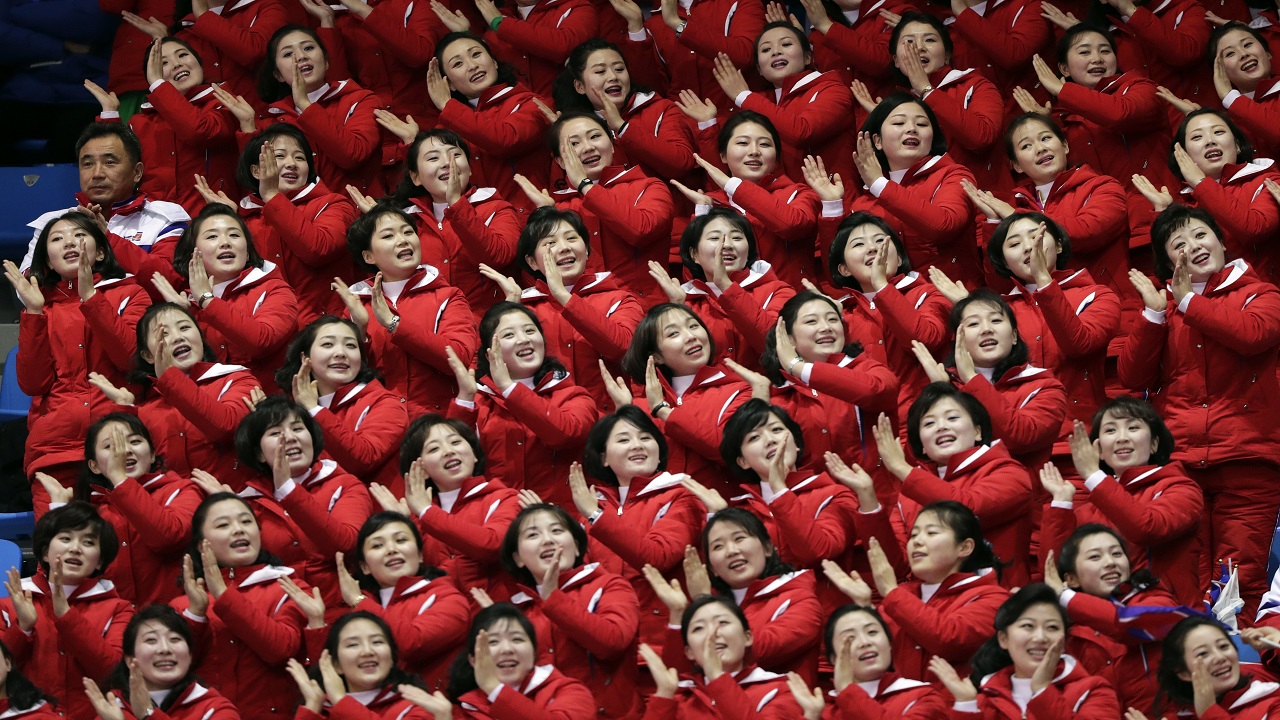 There’s been tons of excitement since the Winter Olympics opened in Pyeongchang, South Korea, last week, but so far the team making the most headlines is not competing, just sitting on the sidelines. Yes, it’s the North Korean cheerleading squad, a 230-strong team of young women dubbed the “army of beauties” by the media.

So why are they there?

In January, the two Koreas – who remain technically at war – agreed to field a joint women’s ice hockey team at the Olympics. This was seen as significant: the two Koreas haven’t fielded a joint team in a sporting event since 1991. North Korea has also sent 10 other athletes – six skiers and four skaters – to the Games. The cheerleading squad is part of the closed country’s official delegation.

The cheerleaders, reports say, are cherry-picked from Pyongyang’s elite families on the basis of looks and political suitability. They are all young, in their early 20s. In the stands, they wear identical uniforms as they perform synchronised moves and sing songs. Synchronised movement is a staple of political and sporting shows in North Korea – at the Arirang Games entire stadiums of people perform the same moves at the same time.

What are they doing?

In Pyeongchang, the cheerleaders have been singing pop songs and performing patriotic and encouraging chants. They courted controversy when they put on masks which some thought might be an image of national founder Kim Il-sung, but a North Korean official reportedly said it was a generic handsome man to match the lyrics of a song.

One thing they aren’t doing, however, is talking to people. Reports say they respond to all approaches from people in the crowd with a smile, and then silence. The New York Times reports that they are escorted by North Korean minders at all times – even for bathroom breaks.

How have they been received?

The squad have generated a lot of media coverage, but it’s not all positive. A CNN reporter described them as “weirdly mesmerizing”. A South Korean student told Reuters news agency: “They’re a bit old fashioned ... but it was meaningful that we shared this moment together.”

Other commentators say the women are effectively political tools and point out that the tight security surrounding them is indicative of repressive political control and the very poor state of human rights in North Korea. "Their cheering is almost robotic, so I don't feel comfortable with it," a conservative South Korean newspaper quoted an elderly spectator as saying.

What about the politics?

In South Korea, some are hopeful that the North’s Olympic charm offensive could lead to lowered tensions on the Korean Peninsula, after a highly turbulent year that saw several missile tests.

But other commentators say Pyongyang’s Olympic show (leader Kim Jong-un also sent his sister) is a deliberate attempt to court South Korea, thereby driving a wedge between it and traditional ally the US, at a time when the White House has been talking extremely tough on North Korea and its nuclear weapons threat.