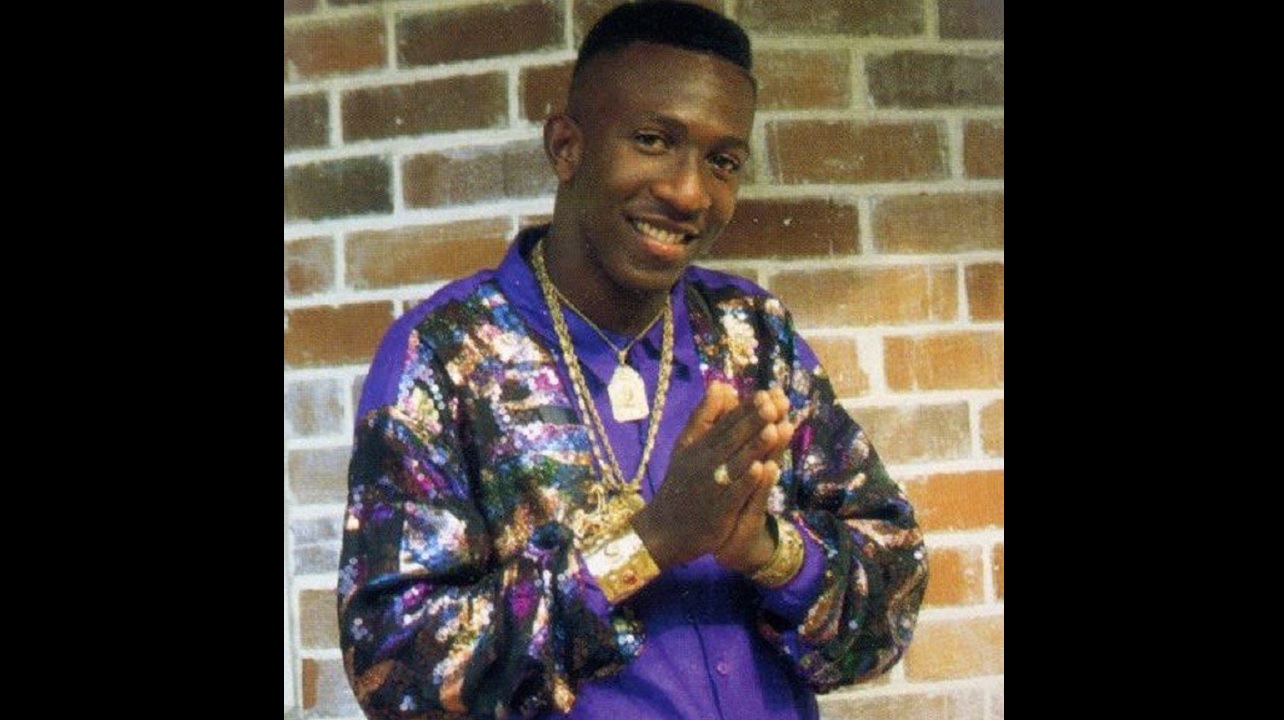 Little Lenny in his younger days, when he was the toast of the dancehall.

Everybody remembers the story of how deejay Little Lenny was expelled from Kingston College after scoring mainstream success with the monster hit song, 'Gun Inna Baggy'.

"I got expelled from KC, those days, ah pure rich man children and brown skin man go the school, mi mash up Common Entrance, that's why mi end up there. I wanted to be a lawyer, but music chose me. I thought music was a getaway, a way out for a struggling ghetto youth," Little Lenny told Loop Jamaica reporter Claude Mills as part of our Where Are They Now series.

Little Lenny said it was a challenge to generate enough money to meet his financial needs at a school attended then by members of the middle class and upper society.

"I had to sell slippers, panties and brassieres to get money to go to school, no one knew. i had to sell my grade 7 books to buy grade 8 books, and grade 8 books to buy my grade 9 books. I had two suits of uniform, so i had to wash them and wear them again. My shoes had cardboard on the bottom, and I had to go home for lunch most days," he said. 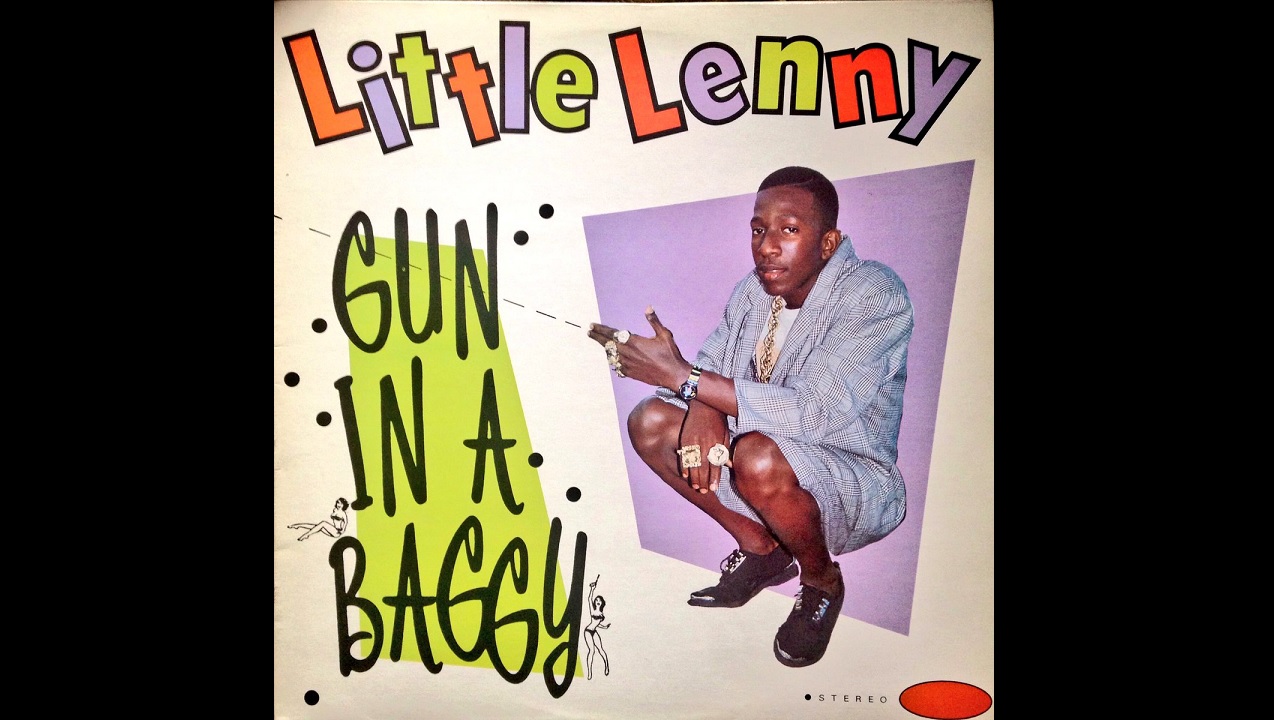 However, he says music was a way out. When he heard his first song on the radio, 'Shining Star' featuring Professor Grizzly, he was overcome with emotion.

"Eyewater run outta mi eye when mi hear it on the radio and mi mother realise that it was me," he said.

Stardom was in the cards for the 16 year-old, and when his 'Gun Inna Baggy' song blew up at dances all over the island, the shows started to come in and he felt his life was about to change. But luck is a capricious mistress as he would soon find out: his troubles had just begun.

"When I came home from Grand Cayman, a journalist like yourself came to me to do a story and asked for a picture of me in my uniform. The journalist promised that he wouldn't use the picture, but the story came out. One day, the principal (Vivian Cohen) came in the class and asked for me by name but I didn't respond or get up

"He went to his office and pulled my file and he told me not to come back to school unless I heard from him, is a ghetto youth thing, that's how I got expelled," he said.

After being expelled, he collected his transcript and attempted to get into Camperdown High school.

"Somehow the word got out to Camperdown that I would be coming to apply, and when I reach, the kids were all out of their classroom waiting to see me and the principal locked the gate on me. Bwoy it was rough, even after mi do the clean version to 'Gun Inna Baggy', dem still dash me outta school," he said.

Related article :WHERE ARE THEY NOW: Tiger, what a hard cat fi dead!!!

In hindsight, all the brouhaha over the racy nature of the lyrics seems a little outdated now given the tenor of today's times.

"Gun Inna Baggy come in like gospel now compared to what some of these young deejays are singing. Mi never sing a song fi splash out a man's brain or nothing like that...my songs are always about the girls," he said.

These days, Little Lenny is a successful entrepreneur. He believes that a slew of recent events which have included high-profile convictions and incarcerations of prominent artistes have given music a permanent black eye.

"Now, music is a everyman thing, back in the day, most people in music a street youth, who come from nothing,  Marley came from Nine Miles and put Jamaica on the map. Now look what is happening. That is why I am a businessman now, I am staying away from people, and just been doing business. In the music industry today, too many artistes ah bad man, if a policeman stop yu now, you don't even want them to know say you're an artiste, every artiste a criminal or bad man, that is now the stigma," he said.

"We did it for love, we loved to entertain the crowd and we loved the girls, but I never got more than a little show money outta the business," he said

Little Lenny ruled the dancehall roost in 1989 with 'Gun Inna Baggy' which sold 90,000 copies locally and then the remake, 'Healthy Body', the PG-13 version that ruled the airwaves and sold a further 80,000 copies and remained four weeks at #1 on local charts.

He helped to launch then-fledgling label Shocking Vibes Productions onto the dancehall stage. Other hits, 'Bum Flick', 'Punaany Tegareg', 'Fragile Buddy', 'Hunk a Meat', 'Still Coming' and 'All Fruits Ripe' followed in quick succession, but he said his ignorance of publishing made him an easy mark to exploit.

"I may have aced my Common Entrance but musically, I was a dunce. At the time, I was suffering, my mother was suffering. I wanted to travel, so once I could rock the crowd and get the girls afterwards, I was OK. Word soon got around that all I needed as a plane ticket and a girl. In quick time, mi done four passport before mi realise that I wasn't being paid my full show money," he said.

Little Lenny said his naiveté was his ultimate undoing.

"When yu give a ghetto youth a Clarks and a suit, him no want see money. I was just grateful to be able to change my shoes because all my life, I had to share shoes with my brother. When I gave my mother my first US$2,000, she stop sick because she could go private doctor," he said.

His dream soon soured when he realised that his contemporaries were buying houses and cars and he could not. Other artistes who he shared billing with were commanding fees north of US$15,000 while his stipend never deviated.

He took a hiatus from the music, and attempted a comeback by recording on popular rhythms in the mid 1990s, but  it just wasn't happening so he embraced the corporate world.

"I had some friends who wanted to do music, and I wanted to do what they were doing, business, so we exchanged insider information and that is why, today, I can support myself, I am not rich, but I earn way more out of business than music," he said.

Now 45, the father of seven children operates a publishing business in Kingston, among other business ventures.

In his heyday, Little Lenny recorded four albums, three for Shocking Vibes and the other for Washington DC's RAS Records. He said he also did an album for Columbia Records which he said was never released.

In 2013,  he released a four-track EP titled Little Lenny Reminiscing.These days, he sees music more as a hobby than anything else.

"There was a time that I was so bitter that only a few people could have called me to do shows. Respect to Jerome Hamilton who helped me when me a suffer, and Sharon Burke who made sure I got thousands of dollars for my Reggae Sunsplash World tour, after I left Shocking Vibes," he said. 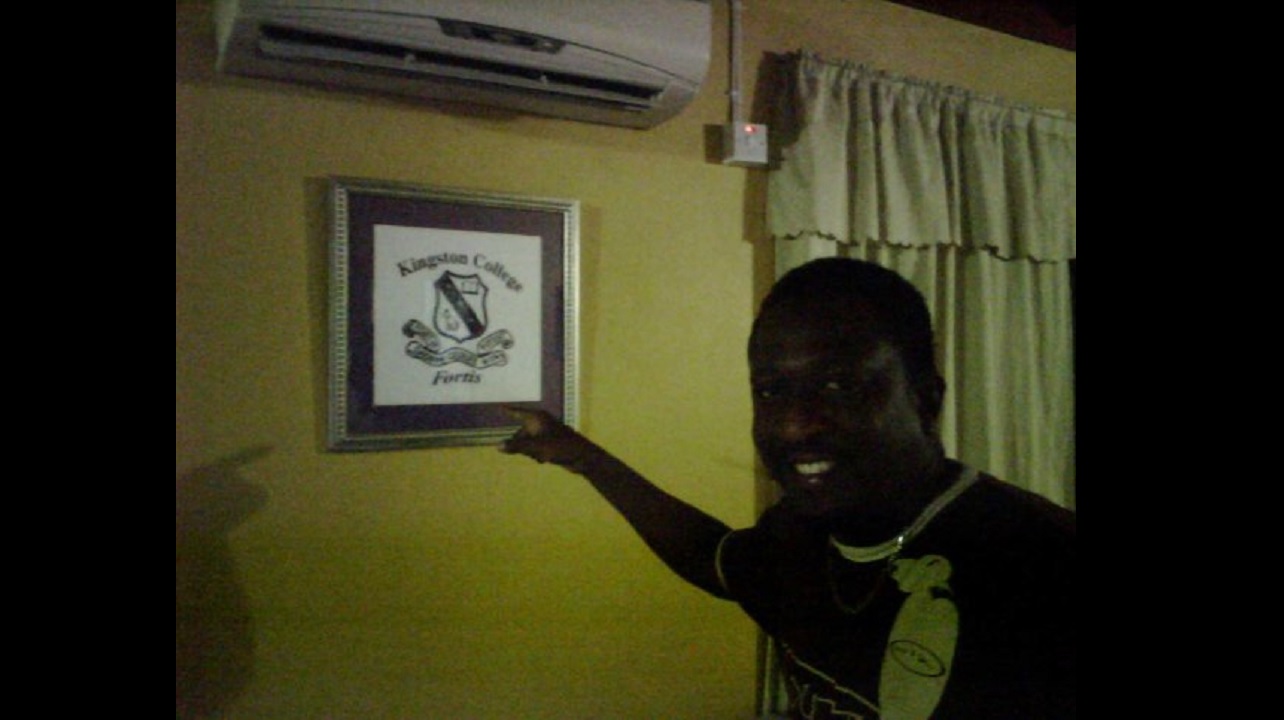 Little Lenny in an undated photo posted to Facebook. Now 45, he said he's no longer bitter over the raw deal he was given in music.

One of his favourite highlights of his career was an appearance on talk show impresario David Letterman's show,'Late Night' on NBC in 1992.

"I have to thank Dennis Brown for that. We were on the Reggae Sunsplash World tour, and Dennis who has such a great heart, saw me and said 'fireball, yu blazing, mi have a song with Shabba Ranks and Maxi Priest, come blaze it with me'. At that time, the show was in two segment, three first, then the big four, so when he invited me to his stage, he gave me a chance for more people to see me on that Hawaii performance and that is how I was invited to perform on David Letterman's show," he said.

He said that even though he believes he was given a raw deal, music changed his life.

"At the time, I was just living for my mother, music allowed me to take care of her at that time, it mek mi mother live inna Florida, right now, ah me ah her everything," he said.

Iconic producer Tony Kelly lived in the same East Kingston community as Little Lenny and informed him that he had a bredrin who was going to start a label.

"I didn't want to go, but i went up to Penthouse. I used to sweep out Penthouse and run errands for Donovan Germaine but he was a strict man who ensured that you went to school. So anyway, mi go up a Penthouse. At the time, Patrick Roberts dem were focussing on Little Kirk, Tanto Metro was up there as well," he said.

I was shy, so I was around the step area, and Tanto Metro come to me and encourage me to come in the studio fi do my song. Mi finally go in and do 'Gun Inna Baggy' and everyone start laugh like dem tek it for a joke. Tony Kelly, who was the engineer at the time, go pon him keyboard and start play something around it," Little Lenny said.

"Patrick never liked it, and mi get vex and say 'see it de, yu mek mi flop myself', but dem finish up the song and dem carry it go up a Gemini club the night and it wheel up 14 times in the dance. The next morning, mi see Patrick Roberts ride come ah mi house breathless while mi a put on mi KC tie and say mi have to come record back the song, " he reminisced.

"Mi go back in the evening, and dem record it and do the stamper. When the song come out, it couldn't get no distribution, so we do it ourselves. Patrick did 700 copies, then he did 3000 copies and it went in an hour, then another 3000 more. Then Winston Riley stepped in. He printed so many that  the stamper mash up and he had to make another stamper," he said.

Eventually over 90000 copies were sold. Later on he did the clean version of the song, 'Healthy Body' and sold 80,000 more copies.

"I won every award for a new artiste that year. Those songs sold a lot but today yu have people ah sell 300 copies and ah mek Billboard Reggae chart," he said, laughing.

WHERE ARE THEY NOW: Red Rat pushing 'substance over hype'