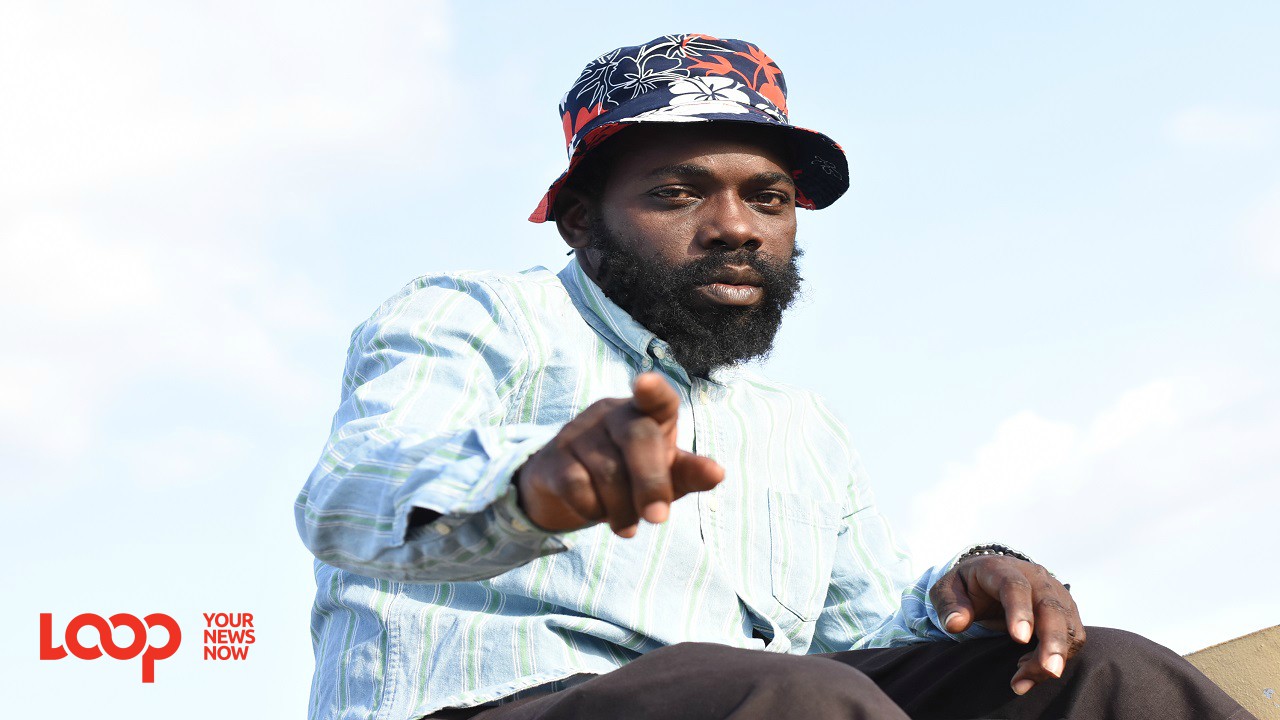 Fabby Dolly says he didn't even earn US$100 off his 'Peanut Punch'. (PHOTOS: Marlon Reid)

One of the biggest hit songs that ruled Jamaica's airwaves in the 1990s was Fabby Dolly's 'Peanut Punch'. The refrain was the motto of every schoolboy who boasted in earshot of every passing schoolgirl a la Fabby Dolly:

While I sing and I say

Loop Jamaica caught up with the veteran artiste Fabby Dolly outside the Voiceful Records studio on Red Hills road earlier this week.

"Mi a bun a Craven A one day in Park Lane and God gave me the introduction, 'man no drink bag juice on base...' and mi know say ah the hit that, and mi say 'wah Father God mi a go deal with this' and mi and mi friend dem, Hacksaw, Rimhead, and Sun Sun walk go Jaro fi record the song. Mi knock mi chest and deejay the tune there and the man dem say a hit, dem say mi sound like Sizzla. So the next day, mi say ah hit this so mi nah turn back and mi go Mixing Lab to find a producer fi buss me, and mi see Anthony Red Roze and him tell me say come back tomorrow, and the Saturday, mi go back ah the studio and wait on him," he said.

Fabby Dolly said that the great musicians Sly and Robbie were present in the studio and he shook their hands. He then deejayed his introduction, 'well this is Fabby Dolly for the first time, bag juice get demotion, peanut punch get promotion....' and a big gap-toothed smile breaks across his face as the power of the memory washes over him.

"From mi voice the tune, it run way all over, #1 on all charts," he told Loop Jamaica reporter Claude Mills.

The song, released on the Quarter to 12 riddim, was one of the biggest songs in the calendar year 1995, alongside Simpleton's 'Quarter to 12' and Cobra's 'Dun Wife'. 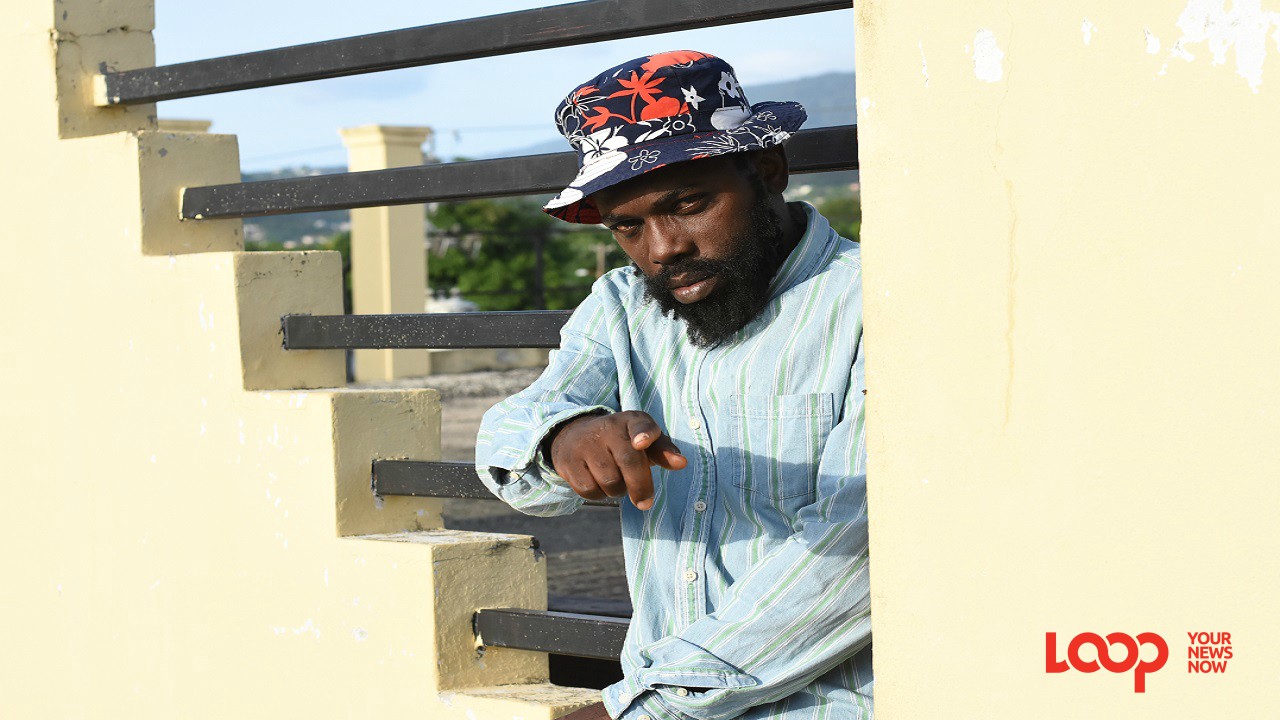 Fast forward 22 years, and Fabby Dolly is a shadow of the pleasant bubbly young deejay from Park Lane. Struggling for years with health issues, he has not been able to replicate the magic of 'Peanut Punch'.

He still lives on Park Lane but he is in some ways, stuck in the past, the glorious days of 1995-6. These days, it is regret that dominates his days.

"Mi no mek US$100 offa the tune," he lamented. "Bwoy it rough, mi not even have a good pants. Mi babymother lef mi some years now, mi used to work at a welding shop and mek $3,500 a week and mi used to give her $3000 fi tek care of mi song a week before mi start deejay. She gone from bout 2010, and mi have a one son but mi caan talk to him, him nah listen to me. Is only a Rambo bike, the one weh can change 8 gear mi buy outta the music."

Fabby Dolly, whose real name is  Omar Jones, said he has been hospitalised at the Bellevue Hospital several times over the last 22 years, but says he is now okay.

"Dem give me a lick, dem say when the selector come fi give me the $40,000 and mi run him weh, ah that dem hate mi fah, dem put something inna mi weed, and it lick mi head. Mi feel dem blacklist mi inna the business because mi never want to sign dem contract and mi never did waan fly when dem gimme the show, dem lock mi outta the business," Fabby Dolly said.

He claimed that he did an album for producer Anthony Red Rose that was never released, and a few years ago, he did one called 'Life of an Outlaw', but he's stuck in a grimy sort of existence, with the memory of real fame haunting his footsteps daily. These days, he gets what he calls "chump change like a 1000' to do jingles for his famous song. That is his main source of income.

"People ah exploit me, dem gimme chumps, sometimes 2000 dollar and tek a tune from me but mi know dem can pay more but because mi head no good," he said, then drop his voice an octave and says sotto voce: "mi have to get the injection like Fabulous (Terror) so dem style me."

Fabby Dolly's struggle with health issues began a few months after he found fame with his breakthrough hit so he never got a chance to cash in on his success.

"Some people say a lizard tail in his weed, some say a coke, but all I know is that he is a pleasant youth, a nice youth mi hear a sing inna Park Lane. I was the one who carried him to Anthony Red Rose, and say voice him so till mi not even get on the riddim the day because the tape did done, and mi say voice him still. Ah me did bring Buju Banton first to Penthouse studio so mi know talent when mi hear it. So him voice and the song run way, but things never work out so great, it sad, is a nice, nice youth," veteran deejay and friend Daddy Lizard explained.

Fabby Dolly still receives an injection at least once a month to keep his health in check. He dreams of a return to glory days.

"Mi know say m have whole heap a hit tune inna mi head, deep down, mi know mi can do it again if me get the chance. That's why mi a grow back mi locks," he said, stroking his beard and rubbing his head.

For Fabby Dolly, it is not just hope but 'Peanut Punch' that springs eternal in the human breast.

"I have another big song like 'Peanut Punch' in me, I know," he said.