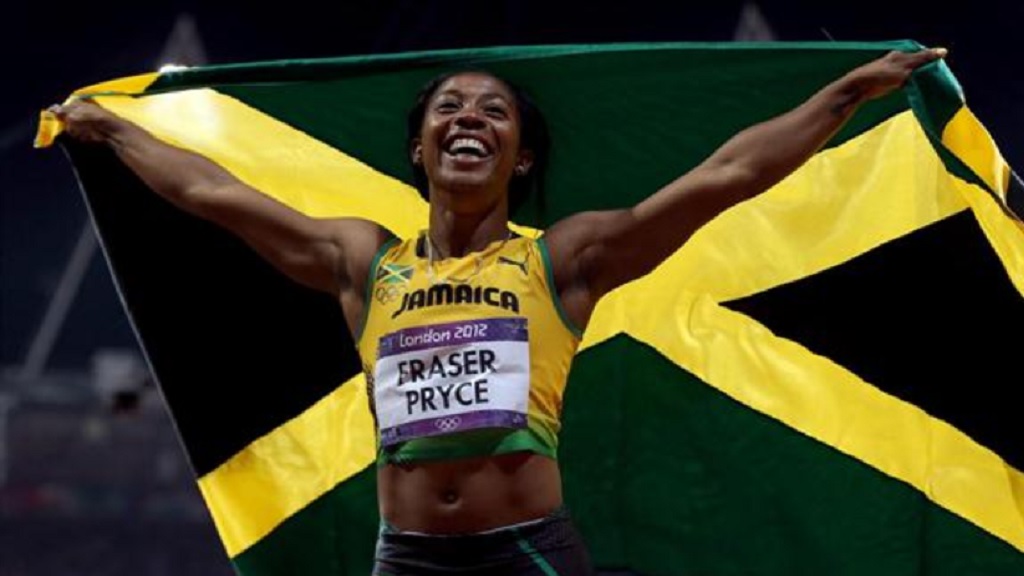 Shelly-Ann Fraser-Pryce of Jamaica celebrates winning the gold in the Women's 100m final on Day 8 of the London 2012 Olympic Games at Olympic Stadium on August 4, 2012. (PHOTO: World Athletics).

Jamaicans will always remember how special the holidays were eight years ago when the country marked its 50th anniversary of Independence from Britain, because of an outstanding run from Shelly-Ann Fraser-Pryce who sped to victory in the 100 metres at the London Olympics on Saturday, August 4, 2012.

Her nail-biting win over the United States’ Carmelita Jeter who she pipped on the line to defend the title she won four years earlier in Beijing, came less than 48 hours before Jamaicans observed their independence from their colonial masters on August 6, and it was a fitting win on British soil.

By winning in London, Fraser-Pryce, the darling of contemporary Jamaican sprinting, was only the third woman in the history of track and field to defend her title.

When she won four years earlier, she was the first Caribbean woman to do so.

ESPN noted the following at the end of the race:

“Shelly-Ann Fraser-Pryce leaned across the finish line of the women's 100 metres, then looked up at the blank scoreboard for the name of the next Olympic champion.

Was it the Jamaican, Fraser-Pryce, or the American, Carmelita Jeter?

The race couldn't have been any closer, and when Fraser-Pryce's name finally came up first, she fell to the ground and shouted, "Thank you, Jesus!"

Another sprint gold for Jamaica. Really, was there ever any doubt?

A golden ribbon in her hair, the bubbly 25-year-old Fraser-Pryce made it back-to-back titles in the premier women's event of the Olympics, closing ground over the last 20 metres Saturday night and leaning at the line to win in 10.75 seconds and edge Jeter by .03 seconds.

"It means a lot to defend my title," Fraser-Pryce said. "I trusted in myself."

With the victory, Fraser-Pryce became the first woman to repeat in the 100 since Gail Devers of the US in 1992 and 1996.

"I don't know much about the history of track and field," Fraser-Pryce said, showing her mile-wide smile. "But I know Gail Devers."

As Jamaicans around the globe celebrate the 58th anniversary of the country’s independence from Britain on Thursday, August 6, it is the perfect time to relive the memorable  independence present Fraser-Pryce gave to an entire nation four years ago.