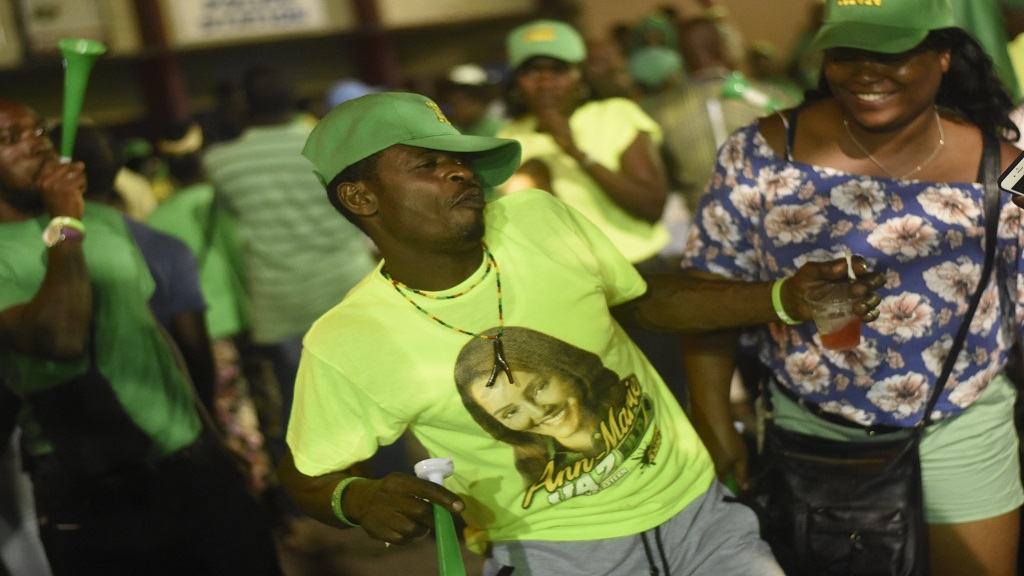 A Jamaica Labour Party (JLP) supporter sets the tone with a signature celebratory dance after the party's candidate, Ann-Marie Vaz, emerged the winner of Thursday's by-election for the East Portland seat in Parliament. (Photos: Marlon Reid)

With vuvuzelas blaring, vehicle horns honking, bells ringing and the parish capital of Port Antonio having a much higher level of traffic flow than usual, Thursday's by-election in East Portland was nothing short of a blast.

The election vibes were in full swing for most of the day, with party followers decked out in the customary orange of the People's National Party (PNP) and green of the ruling Jamaica Labour Party (JLP), with many being imported into the constituency to hype their respective teams for the day.

Importantly, is was all peaceful throughout, with workers and agents of both political parties mixing and mingling at polling stations, and followers doing likewise at the various 'meeting places', including bars from which stocks were discretely sold through windows, as the law stipulates that such entities should be closed on election day.

Port Antonio was a hub of activities with traffic regularly coming to a crawl as the added interest in the constituency had carloads of supporters from both parties travelling to and fro. The relaxing of normal no-parking requirements areas in the town for the day, as well as a high level of pedestrian traffic, compounded the town’s snail pace setting for the day. 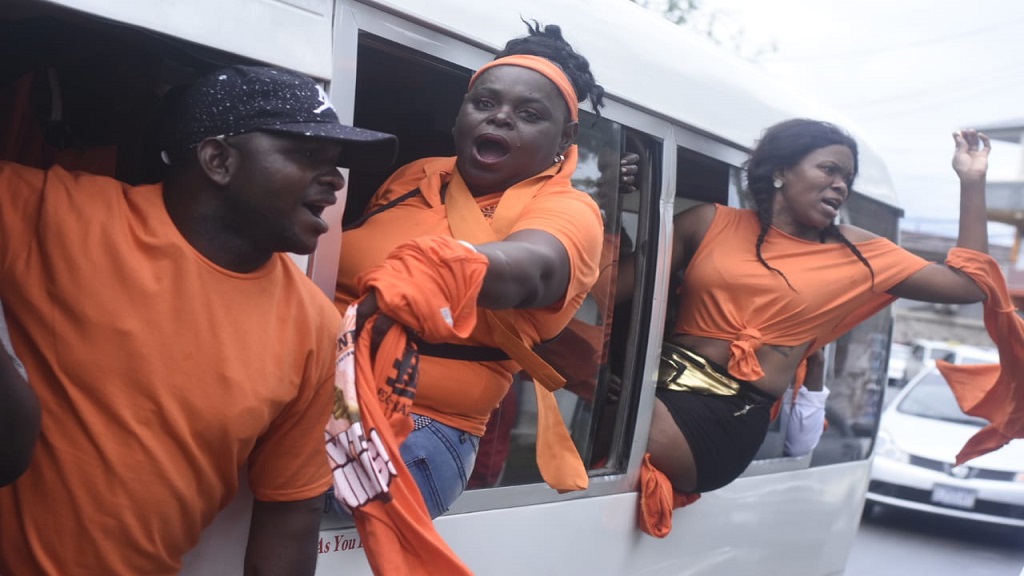 High-ranking party officials on both sides of the fence were also visible throughout the day, as they helped to pique the voter turnout for their respective candidates. Among those seen were general secretaries of both parties, Dr Horace Chang of the JLP and Julian Robinson of the PNP; Opposition Leader, Dr Peter Phillips, Local Government Minister and JLP's Area Council One chairman, Desmond McKenzie; Member of Parliament (MP) and wife of Prime Minister Andrew Holness, Juliet Holness; former PNP General Secretary and Cabinet Minister, Maxine Henry-Wilson; and other MPs, Dr Morais Guy, Dwayne Vaz and Peter Bunting, along with the husband of the JLP candidate, MP Daryl Vaz.

Noticeably missing from most of the day's activities were the two candidates, Damion Crawford of the PNP and Ann-Marie Vaz of the JLP. Unlike candidates in previous elections, both seemingly abided by the election guidelines to stay away from the proceedings, except to cast their respective votes, which on Thursday, was applicable only to Ann-Marie Vaz, as Crawford resides outside of the constituency,.

For those who had any thought of making trouble, such considerations had to be prudently placed on hold, as security personnel were out in impressive numbers, flooding the main thoroughfares and centres in the constituency, while traffic officers helped to direct vehicular flows when things got too congested.

Jamaica Defence Force (JDF) members were also visible, with static postings, along with ‘rat patrol’ teams, an armoured personnel carrier crew, and a helicopter team blending heavily into the proceedings, with a clear show of strength in various communities and at the polling stations throughout the day. 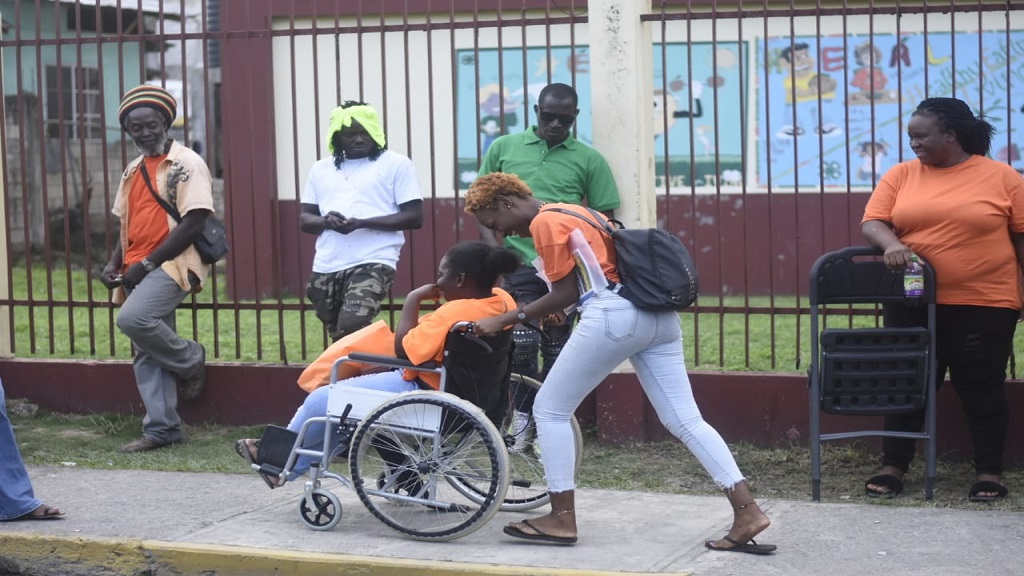 A People's National Party (PNP) combination to get a ballot into a box during Thursday's by-election in East Portland.

By late afternoon, followers of both parties, without knowing the victor, started their celebratory chants, with vuvuzelas and horns getting louder, while others mulled over and analysed the day's proceedings with the use of some of the most outrageous theories in political debating.

Central to all the afternoons chatter wide and far was the potential for a victory or loss for the respective candidates.

For those who had made the trip or trek into the constituency from other areas, they were simply happy that they were involved in the day's activities, and some expressed the belief that it was worth their while.

She said despite being from a constituency that is represented in the Houses of Parliament by a JLP Member of Parliament, in the person of Everald Warmington, a number of PNP supporters from the constituency journeyed to Portland to help shore up support for Crawford.

Andrew Campbell from the JLP's West Kingston stronghold, was far more on target with his early afternoon perspectives and predictions.

“Today nice. It really, really nice. The vibes excellent. Nuff liqueur, nuff food and nuff movements up and down. Ann-Marie a guh tek it to dem!" he declared early in reference to the eventual winner.