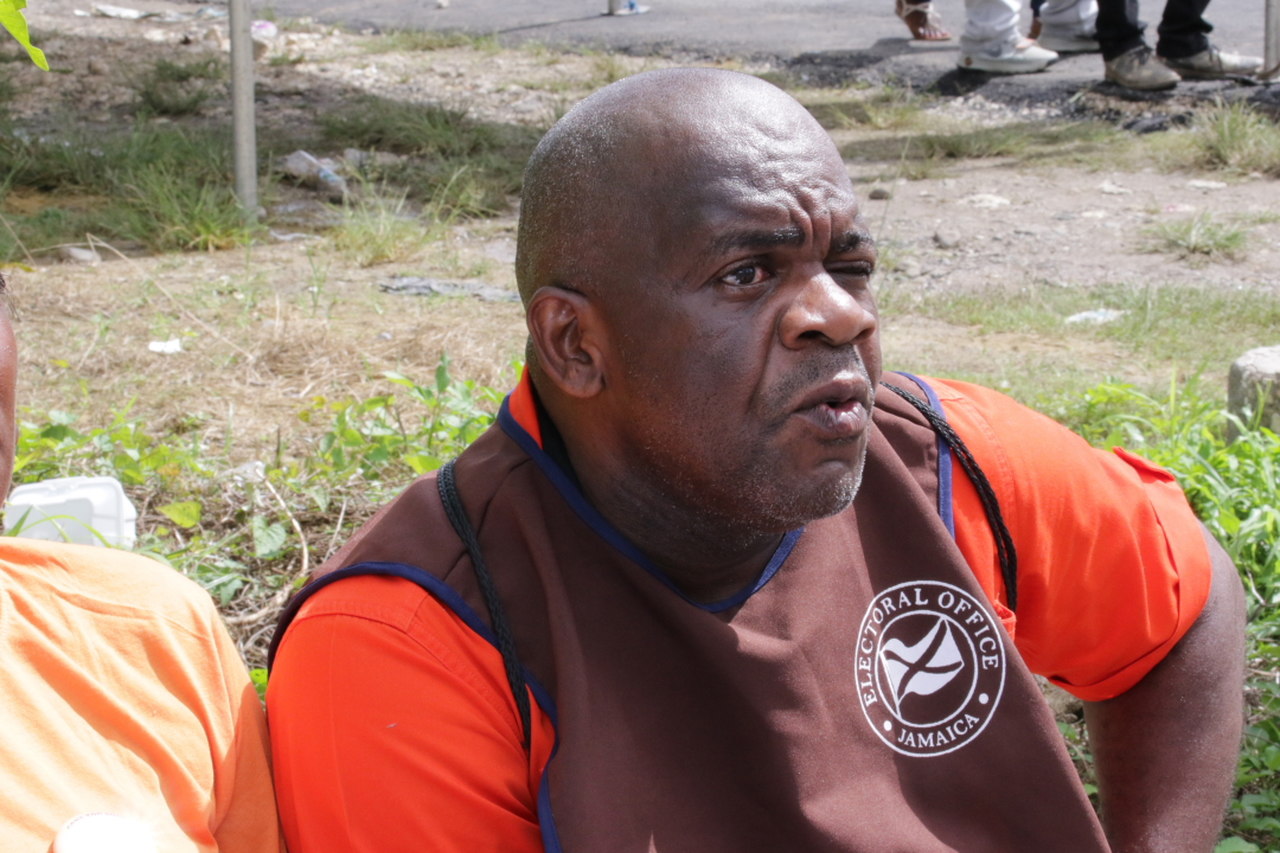 It is certainly not every day that a blind man ends up as the main referee in a fight that threatened to get ugly. But People’s National Party (PNP) Senator, Dr Floyd Morris, had that distinction of such a role in the Bellefield Division during Monday’s by-election in South East St Mary.

Morris, who ran one of his party’s outdoor agent stations in the division, was called upon by a police and military team to help diffuse acts of agitation after a fight broke out between PNP and Jamaica Labour Party (JLP) supporters under tents erected exactly opposite each other near the polling station.

The security man in charge, Senior Superintendent Wilfred Campbell of the Kingston Central Police Division, after a short meeting with Morris and other security force personnel on spot, decided that the two groups had to be separated by a more significant distance.

With Morris first ‘volunteering’ for the Labourites to move, only to be asked to discuss the matter with them and come to an understanding about which group would move from across the road from the other, the blind man was led between the ‘masses’, and he did not back down from the responsibility, except to initially suggest that separating the groups more would likely not deter any further confrontation.

But step up he did, and in no time was off to bring peace to the opposing factions in the only act of confrontation that was noted by Loop News all morning.

In recognition of Morris’ spirit of co-operation, despite the earlier confrontation, SSP Campbell labelled the party supporters generally across the constituency as “the most co-operative set of people I have ever worked with”.

He said it was pretty much unprecedented in his recollection, for a top-level local politician to have so willingly adhered to the directives of the security forces in such a sensitive situation.

He also indicated that the incident was perhaps the most significant of the very few incidents of the day that his team had come across.

While Loop News did not stick around for the outcome of Morris’ efforts, the initial response to his discussions with the Labourites painted a picture of a level of camaraderie, the likes of which have not been generally associated with the hustle and bustle of electioneering in Jamaica.