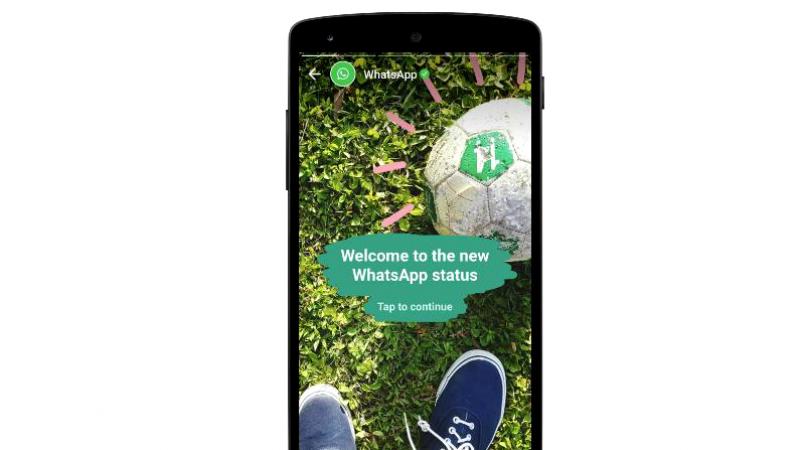 In so doing, it has joined Snapchat and Instagram Stories with time-limited, interactive photos and videos.

You can now share with your contacts photos and videos that disappear after 24 hours and you can choose which contacts you want to see your status updates.

Once the app is updated, a new ‘Status’ tab replaces the ‘Contacts’ tab. The ‘Chats’ and ‘Calls’ tabs remain. Just like in Snapchat and Instagram Stories, you can add emojis, sketches, text and captions to your photos and videos.

Whatsapp announced the change today via the app itself and in a blog on its website, developer Jan Koum says:

“Coinciding with WhatsApp's 8th birthday on February 24, we are reinventing the status feature. Starting today, we are rolling out an update to status, which allows you to share photos and videos with your friends and contacts on WhatsApp in an easy and secure way. Yes, even your status updates are end-to-end encrypted.”

This is worrying news for SnapChat, the app that pioneered the ‘disappearing’ style of social media interaction. According to TechCrunch, Snapchat’s growth has slowed 82 percent since Instagram Stories was launched on August 2, 2016.

The new WhatsApp Status update is available to all users – iOS and Android. WhatsApp is used by over 1 billion people in 180 countries.

Instagram rolls out live video and disappearing photos in the UK