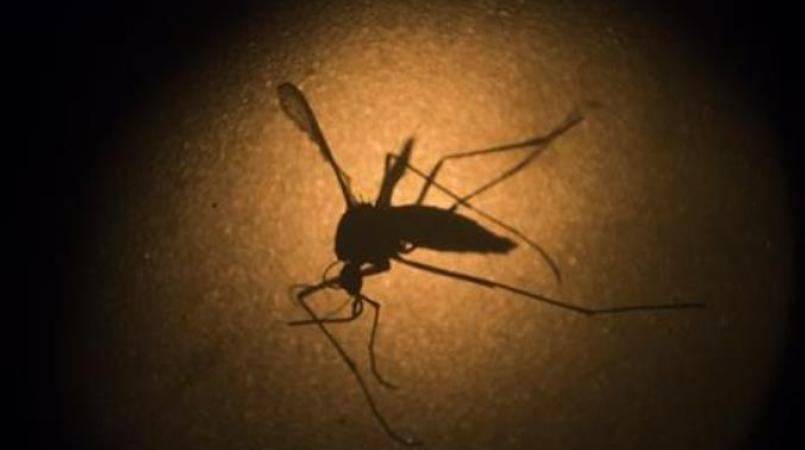 The Dengue virus is transmitted by female mosquitoes, mainly of the species Aedes aegypti.

Dengue fever is a mosquito-borne disease which is usually a mild illness causing fever, headaches and joint and muscle pains.

The Dengue virus is transmitted by female mosquitoes, mainly of the species Aedes aegypti and, to a lesser extent, Ae. albopictus. This mosquito also transmits chikungunya, yellow fever and Zika infection.

Dengue is widespread throughout the tropics, with local variations in risk influenced by rainfall, temperature and unplanned rapid urbanization.

Incidents of the disease tend to increase from late August to October. Symptoms can vary in severity but Dengue should be suspected when a high fever (40°C/104°F) is accompanied by two of the following symptoms:

Symptoms usually last for two to seven days, after an incubation period of four to 10 days after the bite from an infected mosquito.

At present, the only way to prevent and control Dengue is to combat the mosquitoes that transmit the disease:

But here are some top tips to protect yourself:

2. Put mosquito netting over your bed

3. Avoid mosquito bites even during the days

5. Use mosquito repellent on skin and clothing

8. As much as possible, stay indoors at dusk with windows and doors closed

Rest and adequate hydration are usually enough to see one through the period of illness. The recommended treatment for the fever is acetaminophen/paracetamol.

Members of the public are urged not to use aspirin, diclofenac, ibuprofen, or any of the medications/pain relievers known as non-steroidal anti-inflammatory drugs (NSAIDs).

These drugs, when used to treat the fever in dengue, have been known to increase the severity of the disease.

Dengue haemorrhagic fever is a rare complication of Dengue Fever and results in internal bleeding and bleeding under the skin, which can lead to death.

While you can take steps to help protect yourself from Dengue, governments also carry out mosquito-control activities, including public education campaigns, home inspections, destruction of breeding sites and fogging.

A quiet dengue fever reminder from the Ministry of Health