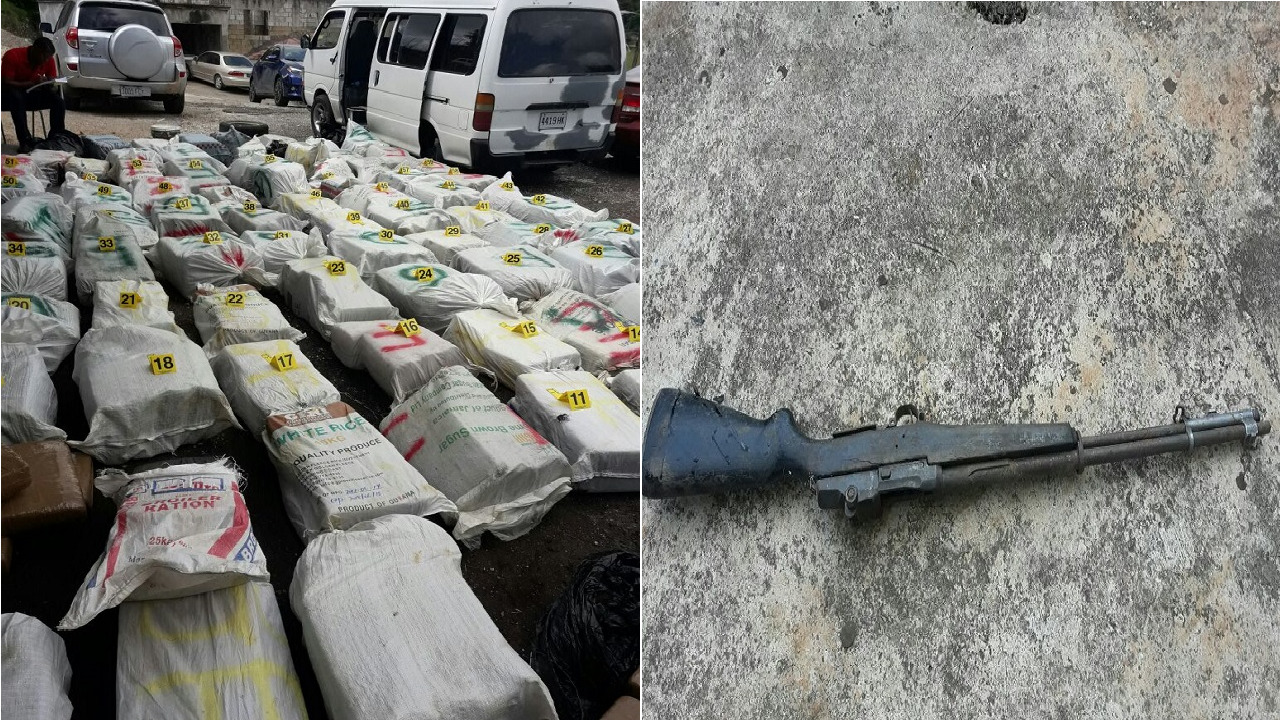 A Westmoreland farmer has been charged with breaches of the Dangerous Drugs Act following last week's seizure of 275 pounds of compressed ganja in his motor vehicle during an anti narcotics operation in the parish.

The police have identified the accused as Irving Daley, who is of a Whitehouse, Westmoreland.

Reports are that during an anti-narcotics operation along the beach area of Whitehouse in Westmoreland, the police seized the drug in a pickup truck belonging to Daley.

He was subsequently charged with possession of ganja,  dealing in ganja, trafficking ganja and taking steps to export ganja. He is booked to appear in the Westmoreland Parish Court later this week.

Meanwhile, the narcotics police are yet to make any arrest in the seizure of over 2000 pounds of ganja, a high powered rifle and a mini bus during the same operation.

A quantity of petrol was also seized during the operation.

The Narcotics Police are investigating.

Two cars, over 1500 lbs of ganja seized in Westmoreland

More than 1,000 pounds of marijuana seized in St Mary