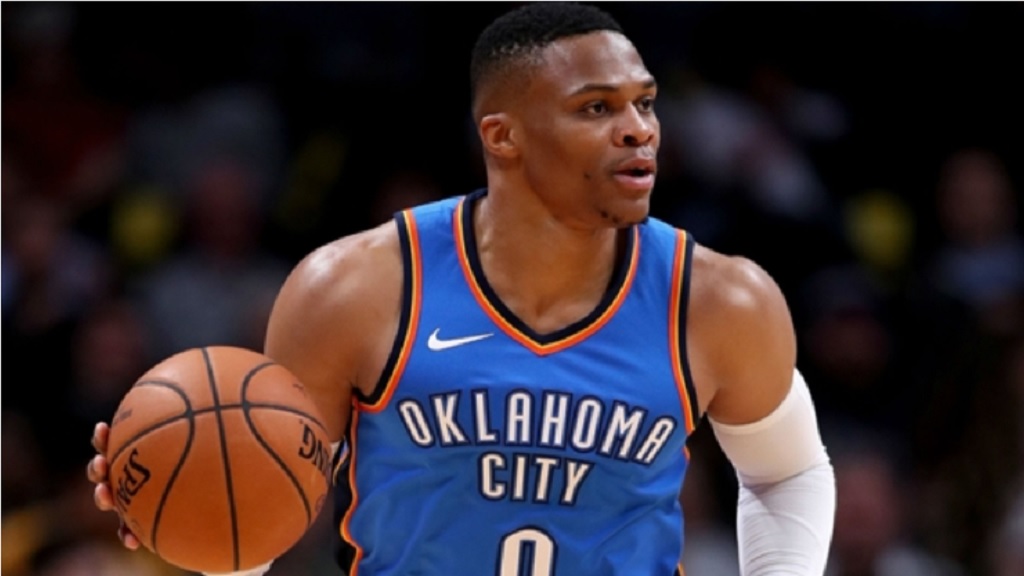 Russell Westbrook's streak of 11 straight triple-doubles came to an end as the Oklahoma City Thunder won an NBA thriller against the Utah Jazz.

Westbrook scored 43 points with 15 rebounds and eight assists, but a charge in overtime brought his game to an end as he fouled out in a 148-147 victory over Utah on Friday.

The eight-time All-Star combined with Paul George to score 88 points in the game as Utah got a superb effort from Donovan Mitchell on the other end with 38 points.

George finished with 45 points, nine rebounds, and seven assists and threw down an emphatic windmill in the first overtime.

He also drained the winning shot on a teardrop with 0.8 seconds left in double overtime.

It was an emotional game for DeMar DeRozan, who made his first appearance in Toronto since being traded to the San Antonio Spurs for Kawhi Leonard during the offseason.

DeRozan had a good game on the stat sheet, but a late turnover ultimately helped the Raptors get a 120-117 win as all five Toronto starters finished in double-figures.

Kawhi Leonard finished with 23 points and got the steal on DeRozan which all but decided the game.

Bradley Beal had 46 points, seven assists and six rebounds, but the Washington Wizards fell to the Charlotte Hornets 123-110.

Montrezl Harrell had 30 points on 11-of-14 shooting in the Los Angeles Clippers' 112-106 win over the Memphis Grizzlies.

Detroit Pistons guard Reggie Jackson had 32 points and eight assists and center Andre Drummond had 26 points and 21 rebounds in a 125-122 win over the Atlanta Hawks.

Atlanta rookie Trae Young would not be outdone, though, as he had 30 points and 10 assists.

The Orlando Magic knew Jonathan Isaac was raw and would have some bad games in his first few years and Friday was one of the rough ones. He scored four points on one-of-six shooting in a 110-109 loss to the Chicago Bulls.

New York Knicks guard Dennis Smith Jr. might have won the dunk contest if he threw one down like he did on Friday.

Portland struggle on the road (11-15) and Philadelphia are great at home (24-7), but the 76ers also struggle against good teams with a 14-15 record against teams .500 and above. So, this will likely be a good one. It will be entertaining with Damian Lillard, CJ McCollum, Ben Simmons, Joel Embiid, Jimmy Butler, Tobias Harris and Boban Marjanovic on the floor.