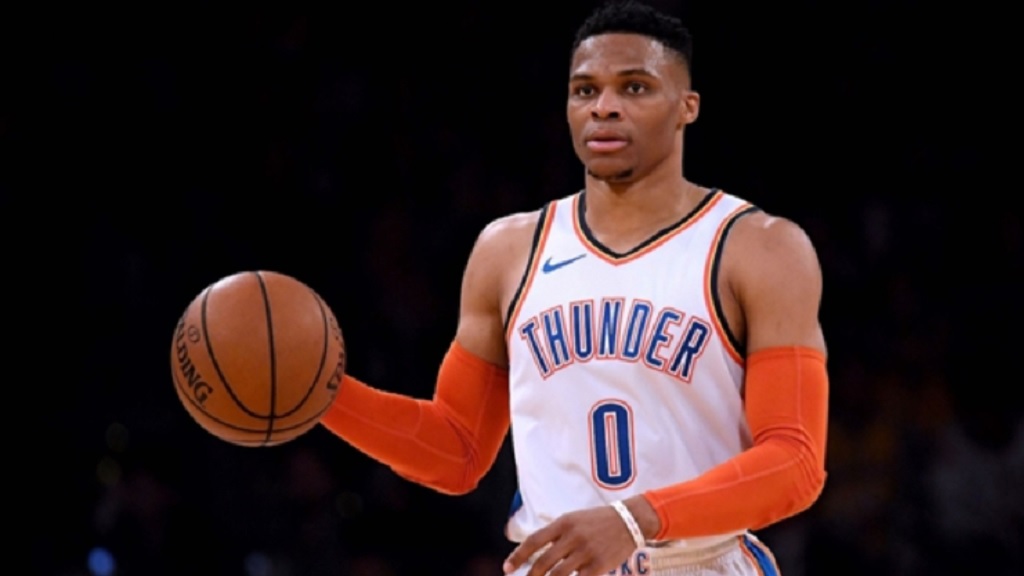 Russell Westbrook posted a monstrous triple-double in the Oklahoma City Thunder's 119-103 win over the Los Angeles Lakers on Tuesday.

The Thunder star tallied 20 points, 20 rebounds and 21 assists at Chesapeake Energy Arena. He became the first player since Wilt Chamberlain in 1968 to record those numbers in a game.

Oklahoma City have not played well lately, but their latest triumph keeps them tied with the San Antonio Spurs for the seventh seed in the Western Conference.

The Thunder got valuable offensive contributions from multiple players. Five members of the team scored at least 15 points and everyone benefited from Westbrook's distribution.

Meanwhile, the Golden State Warriors entered Tuesday with a one-game lead over the Denver Nuggets in the Western Conference. But they extended that margin to two with a 116-102 win in Oracle Arena.

Golden State got out to a big lead, but lost Kevin Durant to an ejection in the third quarter after he attempted to argue a call with an official.

From there, Denver were able to cut their deficit and make the final score more respectable.

DeMarcus Cousins was the star. The big man had a game-high 28 points and 12 rebounds in a dominant performance against Nikola Jokic.

None of the Nuggets' starters shot over 50 per cent from the field, but Jamal Murray led the team with 17 points.

The Warriors, now 53-24, have a chance to control their own destiny as the regular season comes to a close.

James Harden's game-high 36 points and 10 assists led the Houston Rockets to a 130-105 win over the Sacramento Kings.

San Antonio have clinched a playoff spot but are tied for seventh in the Western Conference with Oklahoma City. Denver sit in second in the standings but are still within reach of Golden State. If both sides hold their spots, they will face off in the first round of the playoffs.