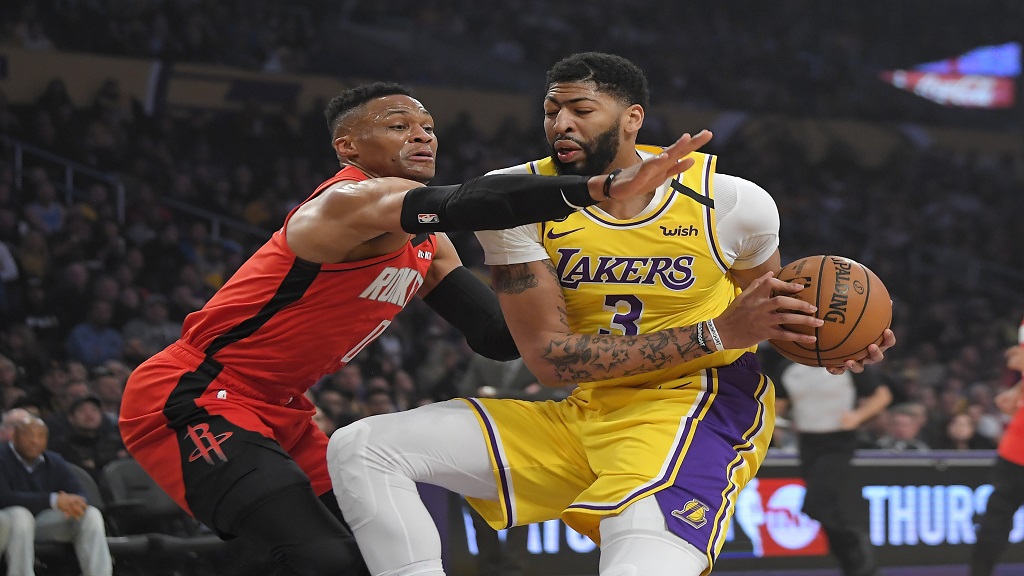 While Rockets team-mate James Harden struggled, Westbrook was red hot in a stunning performance to take down rivals the Lakers at Staples Center in Los Angeles on Thursday.

Robert Covington made his debut for the Rockets, who traded away center Clint Capela prior to the deadline in a bid to become smaller and faster on the court, and he impressed with 14 points – including four three-pointers.

Double-doubles from LeBron James (18 points, 15 assists) and Anthony Davis (32 points, 13 rebounds) were not enough for the Lakers.

Giannis Antetokounmpo produced another dominant performance with 36 points and 20 rebounds as the Bucks improved to 44-7 for the season.

Zion Williamson continues to star. The 2019 number one pick posted his fourth consecutive 20-point game – the longest streak among rookies this season. Williamson finished with 21 as the New Orleans Pelicans topped the Chicago Bulls 125-110.

Damian Lillard put up 26 points and 10 rebounds to lead the Portland Trail Blazers past the San Antonio Spurs 125-117.

Much had been made about Philadelphia's form on the road and their chemistry, or lack thereof. And the 76ers crashed to their fourth straight loss – dropping to 9-19 away from home. Joel Embiid put up 19 points and 11 rebounds but it was a rough night for the All-Star. Cutting a dejected figure, Embiid was just six of 26 from the floor and three of 10 from three-point range. The 76ers struggled with 37.4 per cent shooting, hitting just 37 of 99 shots.

Harden was far from his best in Los Angeles. Harden was three of 10 from the floor and one of six from beyond the arc for 14 points in 35 minutes.

LeBron with the reverse jam!

James turned back the clock with a monster dunk against the Rockets.

Can the red-hot Toronto Raptors (37-14) extend their winning streak to 13 games? The defending champions are on the road against Eastern Conference rivals the Indiana Pacers (31-20) on Friday.