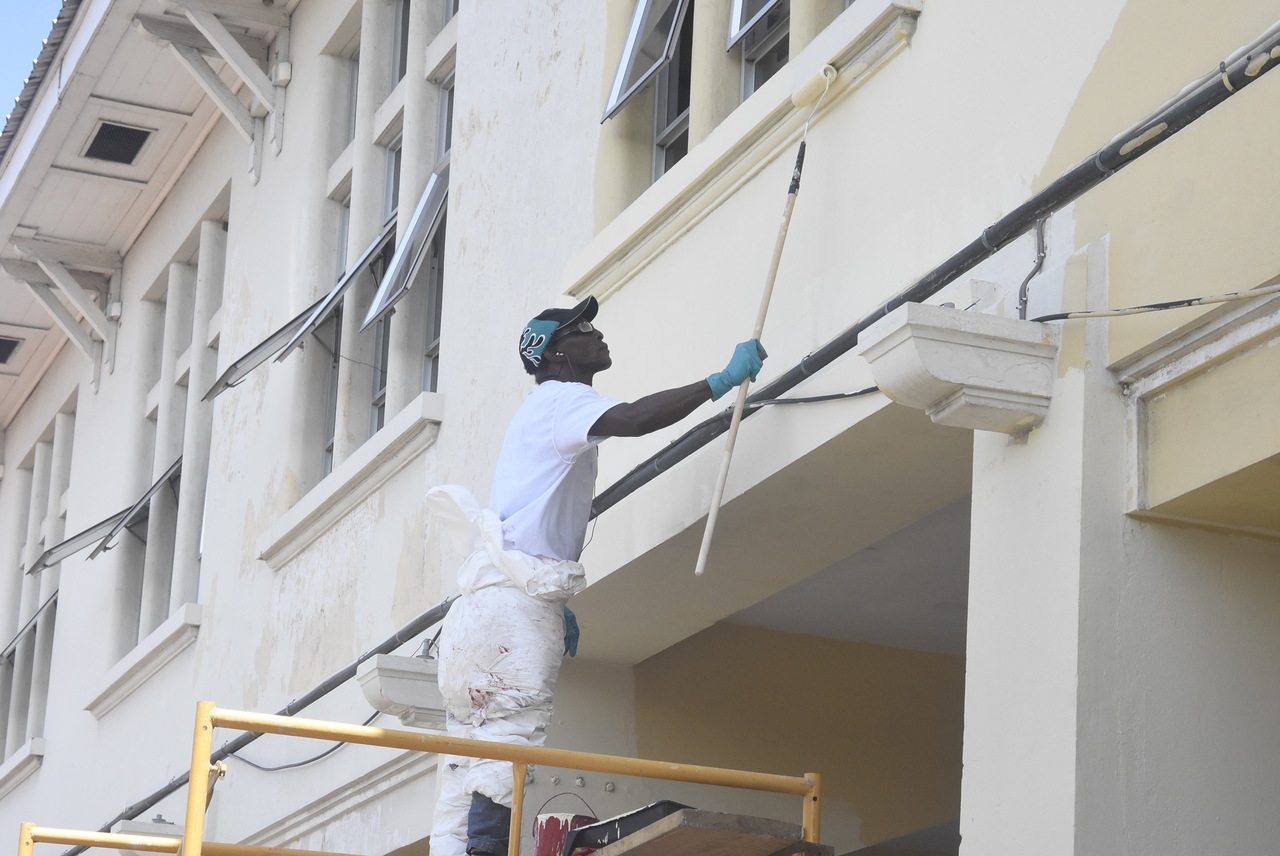 Jamaica Energy Partners through its subsidiary West Kingston Power Partners beautified the York Park Fire Station on Labour Day, Wednesday, by painting the exterior of the huge complex and tiling sections of the interior.

The tiling work started before Labour Day with the finishing touches and the painting being completed on Wednesday.

According to Patrice Howell, administrative assistant and corporate social responsibility committee member at West Kingston Power Partners and Jamaica Energy Partners, the company has always taken on Labour Day projects to uplift the community in which they operate.

Last year, West Kingston Power Partners did extensive work on Trench Town Fire Station, which is also situated in West Kingston, but the company has also done police stations, schools and community centres in the past.

“Why is it important for us to do this?” Howell asked, “we try to strengthen partnerships with the fire stations and police stations within the communities which our companies reside so that when we call upon them, they will always be there, responding to us.

“It is basically letting them know that we are there, we care and we want them to respond even better to the community,” Howell said.

According to Howell, the project has cost more than $500,000 with members of staff of West Kingston Power Partners and firemen pooling to make the work easier and finish quicker.

Howell said, “it is money well spent. It is deserving and I know that the fire wardens here will feel more empowered and more encouraged of the aesthetics once they step in. They will be more motivated to work and respond to the fires that we might have.”

Jamaica Fire Brigade’s Kingston and St Andrew Division superintendent, Kevin Haughton, believes it will help to lift the standard of the firemen at the York Park Fire Station.

Haughton said, “what is happening today will significantly impact the moral of the staff because the office spaces are tiled and the station is being given a facelift. What this will do in the overall aesthetics of the fire station, it will make the working environment more conducive for work.”

“Against this background, the Jamaica Fire Brigade is indeed grateful to the Jamaica Energy Partners, for partnering with us once again, a second year, with our Labour Day project,” Haughton said.

Cops come out in support of Labour Day efforts