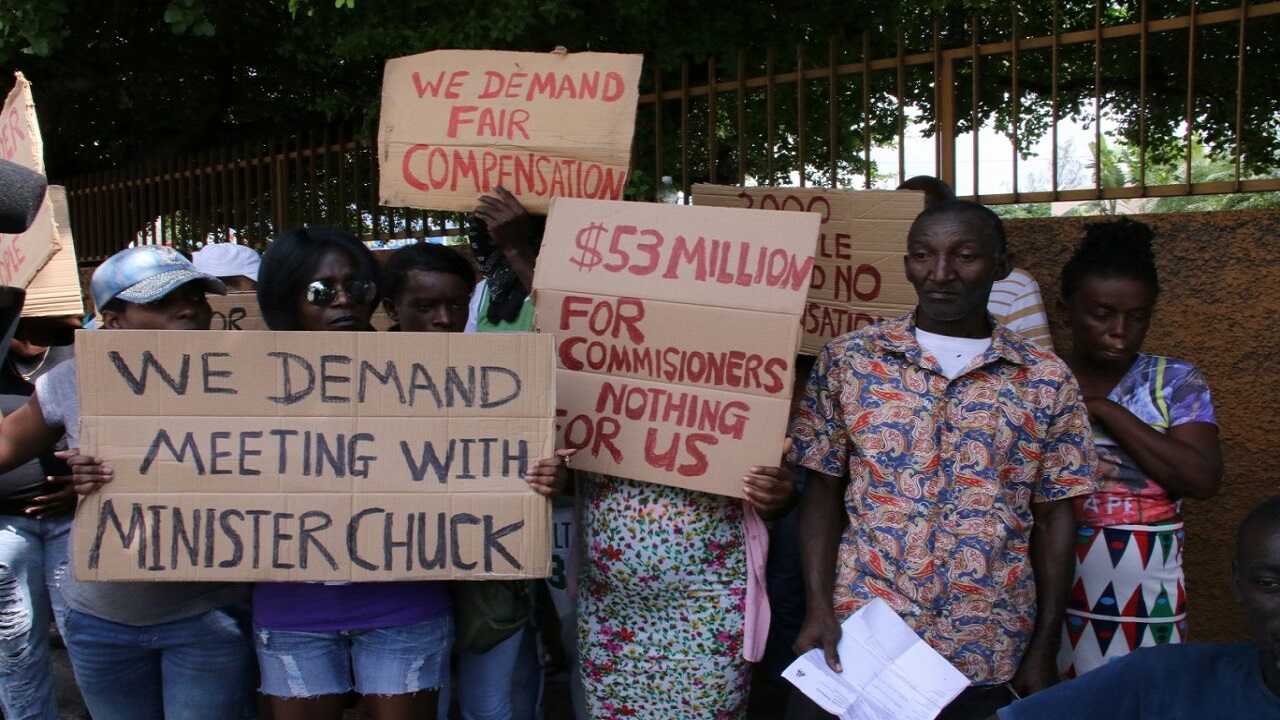 Some residents of West Kingston who protested outside the Ministry of Justice on Constant Spring Road in St Andrew over compensation money, on Wednesday

Scores of residents from West Kingston on Wednesday staged a protest outside the Ministry of Justice on Constant Spring Road in St Andrew.

The placard-bearing citizens gathered along the sidewalk demanding a meeting with Justice Minister, Delroy Chuck, regarding plans to pay individuals who suffered in the 2010 incursion in Tivoli Gardens in West Kingston.

The Government has said just under $200 million in compensation is to be paid to over to 430 people.

In a presentation to Parliament on Tuesday, Chuck said residents have been receiving compensation, but he refused to entertain persons who are just coming forward when the matter has been closed.

He said the Government had given the residents ample time to apply for compensation.

But the protesters on Wednesday claimed that they went to the relevant authorities to submit their names for compensation, but ended up being left off the list of claimants.

Residents said despite efforts to reach the authorities about their concerns, their calls fell on deaf ears.

This is while the ministry has advised that along with a bank account, those to be compensated will require a valid identification and a Taxpayer Registration Number (TRN).

If a person to be compensated does not have an acceptable identification, a passport-size picture signed by a justice of the peace (JP) has been deemed acceptable.

Permanent Secretary in the Ministry of Justice, Carol Palmer, made it clear that those to be compensated must visit one of two restorative justice centres in either Tivoli Gardens or Denham Town, in West Kingston.