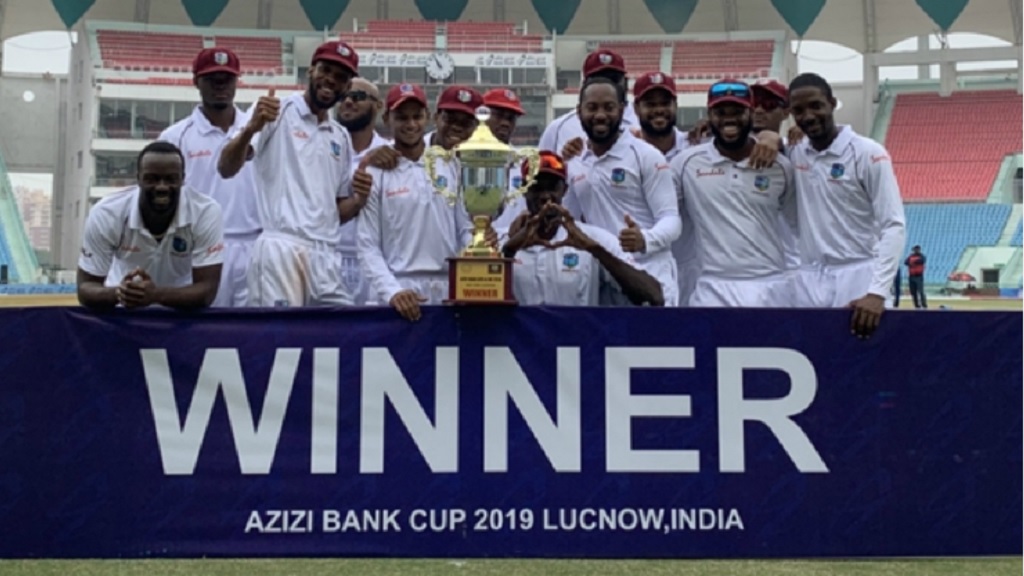 West Indies celebrate after completing a nine-wicket rout of Afghanistan on day three of the one-off Test in Lucknow.

West Indies needed just an hour to complete a nine-wicket rout of Afghanistan on day three of the one-off Test in Lucknow.

Resuming on 109-7, Afghanistan only lasted another 7.1 overs as Windies captain Jason Holder claimed the remaining three wickets on Friday.

The Windies then eased to victory, despite Amir Hamza (1-5) getting Kraigg Brathwaite (8) caught behind, as John Campbell (19 not out) and Shai Hope (6 not out) led the team to 33-1.

Shamarh Brooks' maiden Test century and a 10-wicket haul from Rahkeem Cornwall had put the Windies in complete control on day two.

"I'm delighted with my performance," Cornwall said after being named man of the match. "Playing for West Indies was my dream as a youngster and now 10 wickets in a Test match is amazing."