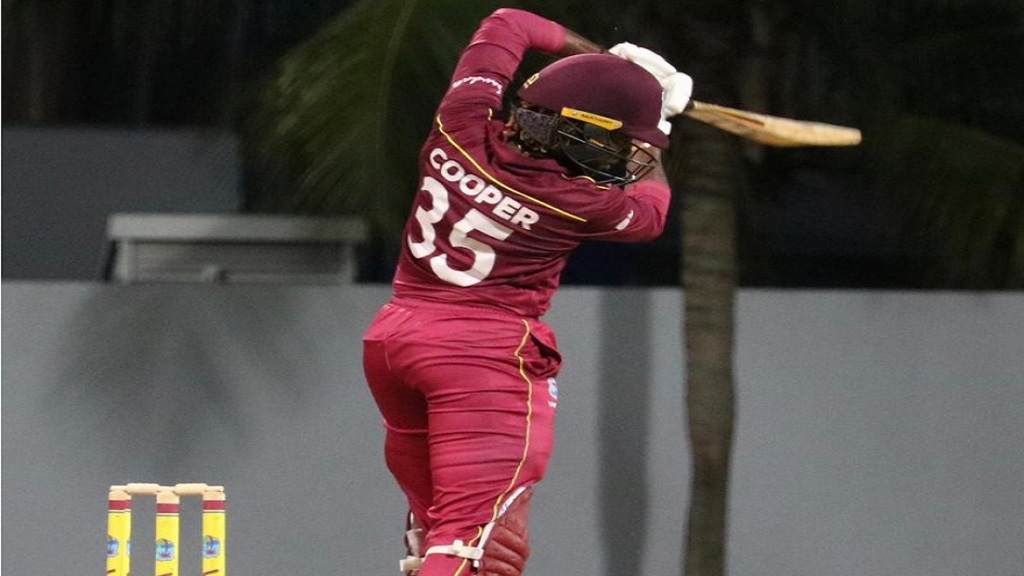 Britney Cooper once again top scored for the West Indies Women with 29.

West Indies women were in crisis on Thursday at Kensington Oval in Barbados as Jess Jonassen wreaked havoc with her bowling to condemn them to a nine-wicket defeat, as Australia pulled off an emphatic 3-0 series whitewash in the Twenty20 International series.

Jonassen took four wickets for seven runs off her four overs as the West Indies, which won the toss and elected to bat first, were bowled out for just 81 in 20 overs.

Georgia Wareham was almost as impressive with figures of 3 for 14.

A team already depleted by injuries to the senior players suffered a further blow as Shamilia Connell and Chinelle Henry were ruled out the match due to injuries sustained in the second match on Monday night.

Britney Cooper once again top-scored for the West Indies Women with 29, as the top and middle-order suffered to get runs on the board.  Natasha McLean (15) and Sheneta Grimmond (13) provided some resistance in the lower order but it was too little too late. As the overs ran out, the score just was not what the West Indies women wanted to total. 81 all out in 20 overs.

Once again the Aussies made easy work of the target for the loss of only one wicket. Alyssa Healy was out for a blistering 38 off 16 deliveries. Beth Mooney and Ellyse Perry finished not out on 24 and 11 respectively.

Speaking after the match West Indies women’s captain Stafanie Taylor, who completed her 100th T20 International, said, “I knew this series was going to be tough overall because we have a pretty young team going up against an in-form Australian team. I can’t pinpoint exactly where it went wrong, but the younger players Gajnabi and Grimmond performed so well and it’s good to see that we have young talent coming through, I believe that’s exactly what we want.”

Taylor, who became only the third West Indies woman to accomplish the feat of 100 T20 International matches, further added that “despite the results, it was a blessing in disguise with some of our senior players missing, because we’ve been saying that we want young players, so to see those young players stepping up is good to see. And with the T20 World Cup around the corner, it would be nice for these young players to get a closer look at.”

The Aussies had already secured the One-Day International series 3-0.