West Indies Women shot out for 63 in warm-up match 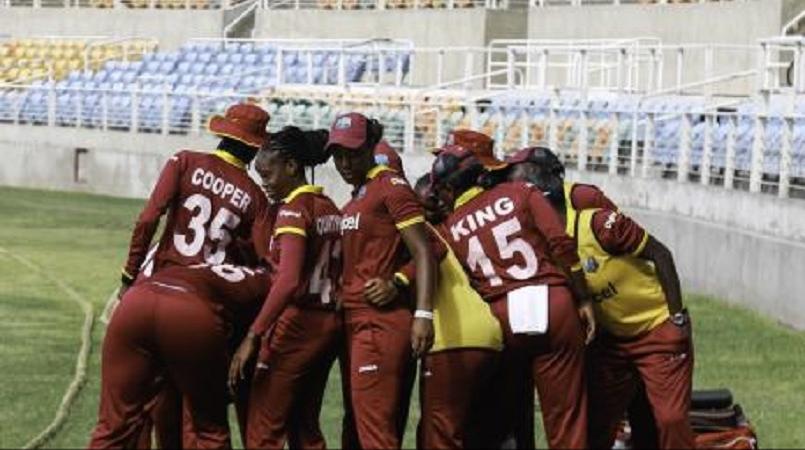 West Indies Women were bowled out for an embarrassing 63 off 23.5 overs on Thursday at Lime Kilns Ground in England and lost by six wickets to South Africa in the final warm-up match before the ICC Women's World Cup.

Opting to bat first, West Indies stunningly collapsed, with opener Hayley Matthews top-scoring with 19 to be one of just three batsmen in double figures.

The Caribbean side was 60 for three in the 16th over but losing its last seven wickets for three runs in the space of 49 balls, in an astonishing slide.

In reply, the Proteas lost four wickets en route to their target which they achieved in the 19th over with Laura Wolvaardt hitting 26.

She put on 45 for the first wicket with Lizelle Lee who made 18 but South Africa then lost four quick wickets for 11 runs, to take some shine of the victory.

The defeat for West Indies was their second in three days and fifth since they arrived in England nearly four weeks ago to prepare for the June 24 to July 23 showpiece.

Both captain Stafanie Taylor and batting coach Stuart Williams had underscored the importance of winning both warm-up games but their urging went unheeded as West Indies failed to show any enterprise.

There was no sign of the collapse to come when the in-form Matthews put on 35 with rookie Felicia Walters (14) for the first wicket in good conditions.

But once the 19-year-old Matthews played on to left-arm seamer Moseline Daniels in the 11thover after facing 38 balls and striking three fours, the innings fell apart spectacularly.

Walters followed in the 16th over, playing on to Klaas and three balls later in the same over, Reniece Boyce departed for 10 to a catch at extra cover.

West Indies had crawled to 60 for three when Deandra Dottin played across one from Klaas and was bowled in the 18thover for six.

Four balls later in the following over without addition to the total, Chedean Nation drove left-arm speedster Chloe Tryon to extra cover to fall for three and Shanel Daley (0) and former skipper Merissa Aguilleira (1) both perished via the run out route as the Caribbean side capitulated.

They face Australia in their opening game of the campaign in Taunton.

Here is the full schedule of the tournament -