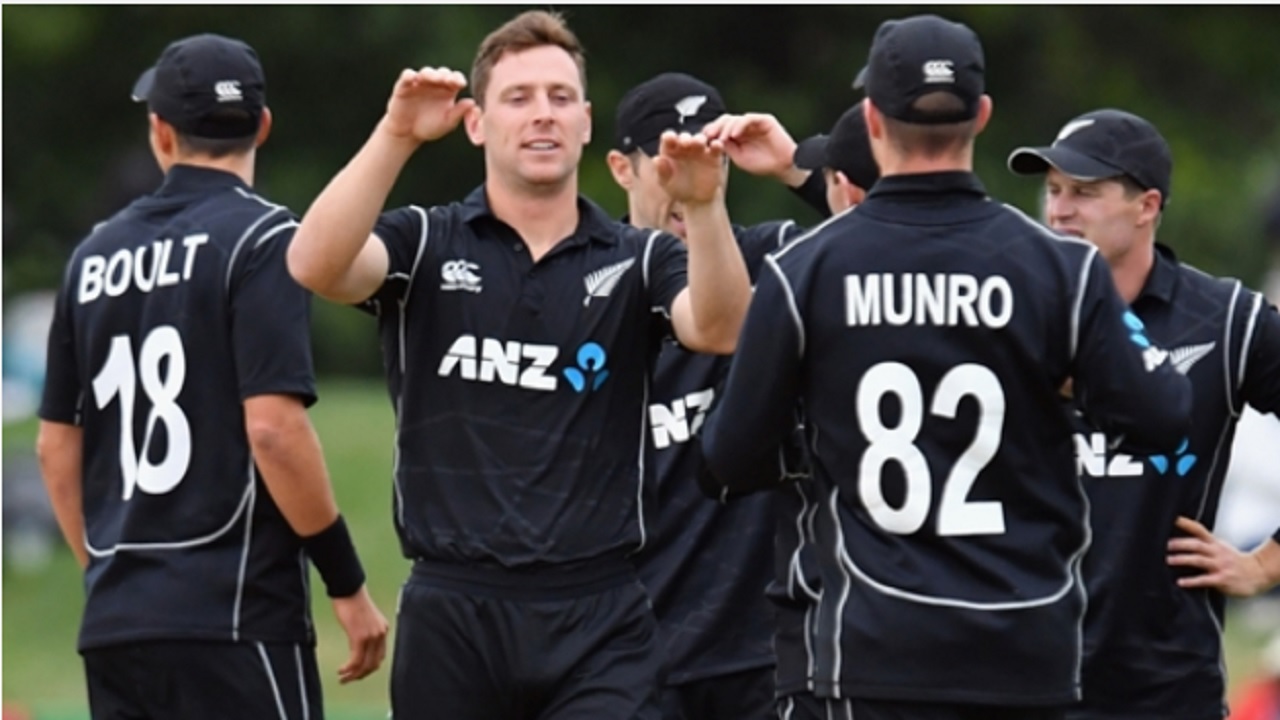 Set 166 for victory via the Duckworth-Lewis method in the third and final ODI, the Windies made an awful start, embarrassingly slumping to 9-5.

They ultimately managed to bat out their allotted 23 overs at Hagley Oval on Tuesday, but were still well beaten as they finished on 99-9.

That duo were at the crease when rain hit with New Zealand 83-3 after 19 overs, with the weather causing a long delay.

The hosts, who had already sealed the three-match series, managed 48 off four overs when play resumed, with Taylor and Henry Nicholls (18 not out off nine) doing most of the damage.

Needing more than seven runs per over to chase down their revised target, the Windies' chances were crushed inside four overs.

Chris Gayle (4) was removed by Henry before Boult, coming off a seven-for at the same venue three days earlier, struck three times.

The left-armer had Shai Hope (2) caught at midwicket before bowling Jason Mohammed (1) and Chadwick Walton (0), the latter with a brilliant yorker.

Henry also had Kyle Hope (1) lbw, although replays showed the ball was missing leg stump, as the Windies were incredibly reduced to 9-5.

Jason Holder (34) and Nikita Miller (20 not out) helped the tourists avoid complete embarrassment, but not defeat as New Zealand easily sealed a 3-0 series win.