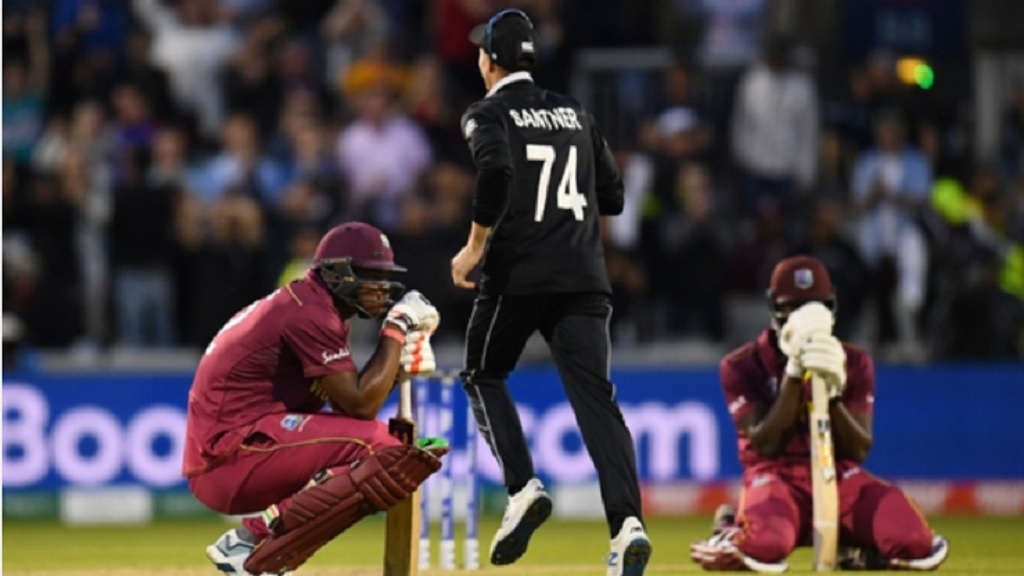 West Indies will be trying to avoid elimination from the Cricket World Cup semi-finals but India can put one foot in the last four at Old Trafford on Thursday.

The Windies' bid to advance from the group stage is hanging by a thread following a heart-breaking five-run defeat to New Zealand at Edgbaston last weekend.

Carlos Brathwaite's magnificent century was in vain as the all-rounder was caught on the boundary by Trent Boult trying to complete what would have been an astonishing win with a six.

Jason Holder's men have no margin for error when they take on India in Manchester, where opening batsman Sunil Ambris will be hoping to get a chance after being called up to replace the injured Andre Russell.

India look destined to qualify after avoiding what would have been a stunning defeat to Afghanistan courtesy of a Mohammed Shami final-over hat-trick at the Rose Bowl last weekend.

Bhuvneshwar Kumar is set to miss out with a hamstring injury.

India have won four matches out of five, with the other against New Zealand washed out, to stand on the brink of the semi-finals.

Windies captain Holder: "A match against India is always a big one. We are looking forward to it. We need to finish our campaign and our objective is to win all our remaining matches. It's a matter of displaying a perfect game, so it is another opportunity for us to showcase our skills."

India bowling coach Bharat Arun: "They're an outstanding side and they play real positive cricket. We are aware of the challenges that exist in this game. I think our plans are pretty much in place and we are up for the challenge."

- India have won four of their last six ODIs against West Indies, including a crushing 224-run victory last October which is their third-largest in the 50-over format.

- The Windies have lost their last four completed World Cup matches, they have never endured a longer losing run in the history of the tournament.

- Chris Gayle has scored four centuries versus India in ODIs, his joint-most against any country in the format (level with England). Although the last of those came in 2006.