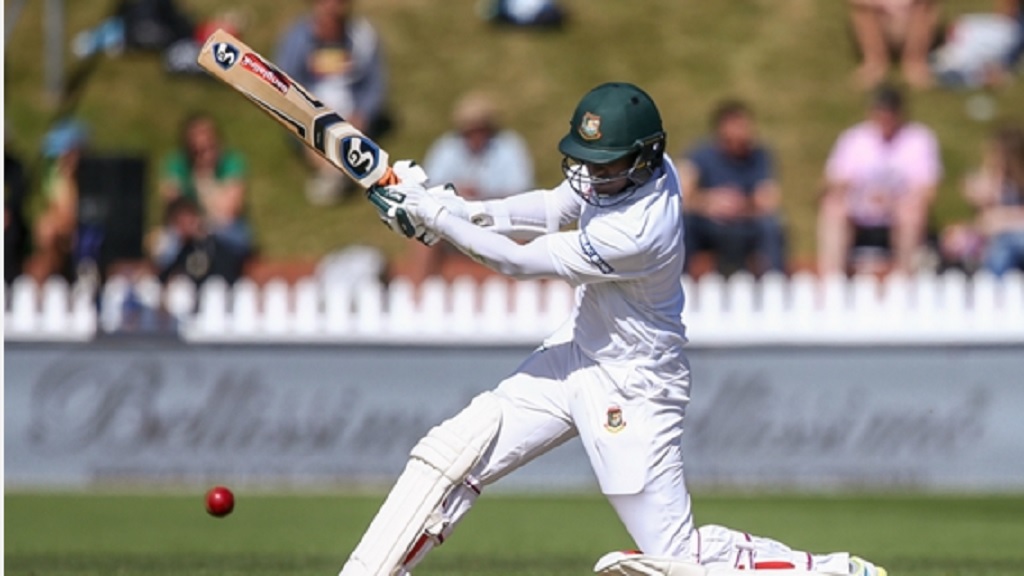 Debutant Shadman Islam and Shakib Al Hasan made half-centuries as Bangladesh edged day one of the second Test against the West Indies.

Shadman grafted his way to 199-ball 76, before captain Shakib was unbeaten on 55 as part of 69-run stand with Mahmudullah (31no) in a gritty showing after tea.

On a pitch in Dhaka showing plenty of turn, which will be music to the ears of Bangladesh's spinners, the Windies bowled just 27 overs of pace.

After Shadman and Soumya Sarkar had batted out the first hour, Mominul Haque came to the crease after the latter was caught at slip.

He made a promising start but was unable to get to lunch as he woefully pulled a Roach delivery – the penultimate of the session - to mid-on.

Mohammad Mithun (29) put on 64 runs for the third wicket with Shadman, until Bishoo – for the third time this series – accounted for the former.

Shadman had earlier brought up his fifty with a four off Jomel Warrican and pulled another boundary off Bishoo before he was trapped lbw from the next ball.

Only one further wicket fell in a testing evening session when Lewis bowled Mushfiqur Rahim (14), as Shakib patiently played his way to 55 off 113 hitting just one boundary in the process.