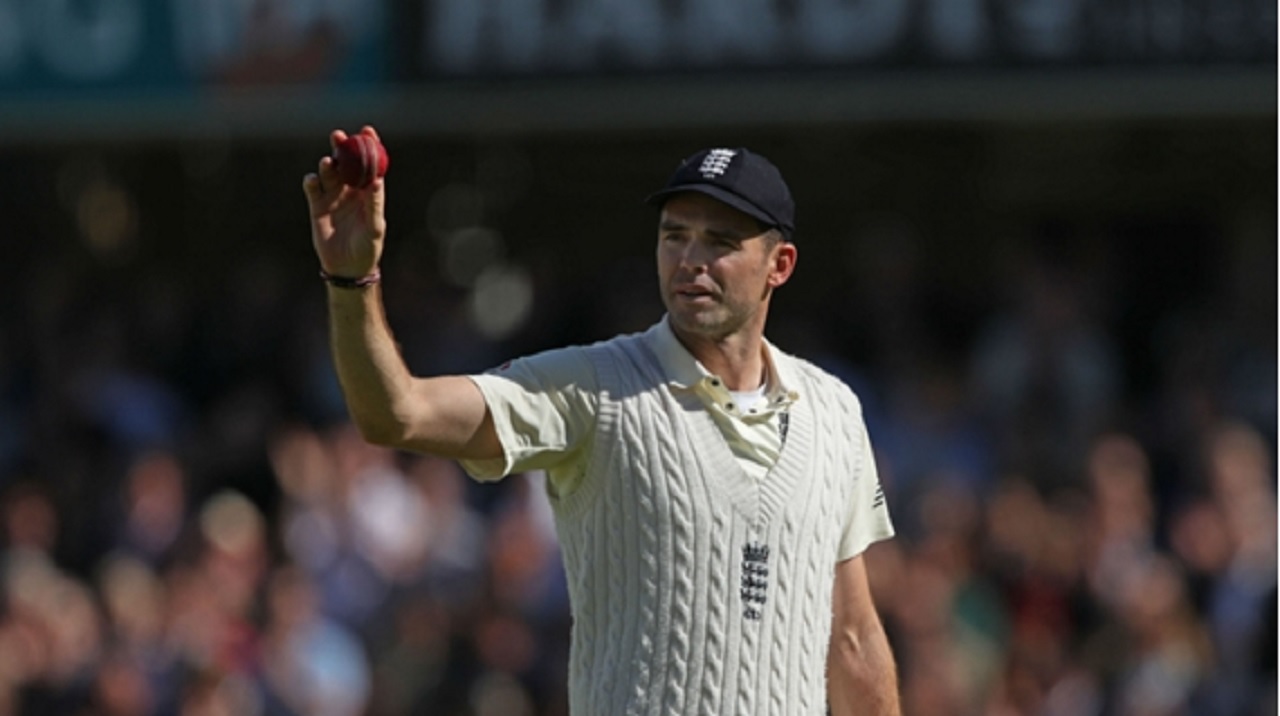 West Indies failed to follow up on their second Test victory as they suffered a nine-wicket defeat against England in the third and deciding game at Lord's on Saturday's third day of play.

The day belonged to James Anderson, who followed up taking his 500th Test wicket with career-best figures to skittle West Indies and guide England to the series victory.

Anderson ended with figures of 7-42 - beating his previous best, taken against New Zealand in 2008, by a single run – as West Indies were bowled out for  177 after resuming the day on 93-3, leaving England requiring 107 for victory.

Shai Hope, the hero of West Indies' Headingley victory, made a belligerent 62, but the game appeared to be up for the tourists when he was removed by Anderson.

And so it proved as the tail was swiftly dealt with, setting England a modest target that was seen off with the minimum of fuss.

Tom Westley (44) and Mark Stoneman (40) put on an unbeaten 72 together after Alastair Cook was trapped lbw by Devendra Bishoo for 17, both men avoiding the kind of slip-up that could have put paid to their hopes of making the Ashes tour later this year.

With a 2-1 win to his name, a second series success from two in charge, Joe Root can now formalise plans for Australia, while West Indies will reflect on a contrasting contest in which they have plumbed the depths of despair, enjoyed glorious victory and then fallen short in a low-scoring affair at the Home of Cricket.

Day two had seen the Windies recover from a poor start to their second innings to reach 93-3 at the close, but the resistance they had demonstrated quickly wilted in the first over of day three, Roston Chase (3) tempted by an Anderson delivery and caught behind.

Jermaine Blackwood (5) went similarly cheaply to Anderson from a short delivery outside off and, after Shane Dowrich (14) lobbed Toby Roland-Jones to short mid-on, Anderson ended Hope's admirable stay at the crease by drawing the outside edge with a stunning display of swing bowling.

Captain Jason Holder produced the last meaningful Windies contribution with the bat as he hit 23, but the skipper fell to Stuart Broad either side of Bishoo and Kemar Roach succumbing to Anderson, who rounded off a memorable performance in style.

Cook was trapped by Bishoo with the first ball of his spell, but Stoneman and Westley delivered an assured partnership that belied their struggles in the series to easily guide England home, though questions will remain as to whether the pair will be able to cope with the pressure cooker that is an Ashes series Down Under.