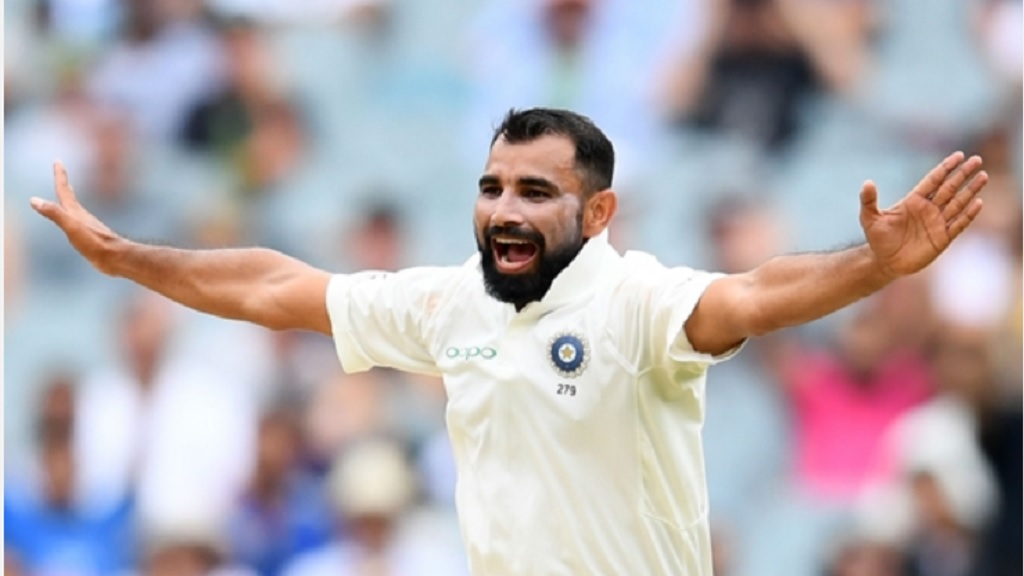 West Indies lost their last six wickets for 65 runs to suffer a 257-run defeat to India on the fourth day of the second Test on Monday at Sabina Park.

Set a target of 468, the home side was dismissed for 210 in their second innings as the series came to a close.

With the victory, India secured the series 2-0.

The Windies were beaten by 318 runs in the first Test and their hopes of avoiding another heavy defeat appeared slim at best when they began day four on 45-2 having been set a notional target of 468.

Shamarh Brooks (50) and Jermaine Blackwood (38) delayed the inevitable, the latter featuring as a concussion substitute after Darren Bravo retired hurt having been struck on the helmet by Jasprit Bumrah in the final over of day three.

However, the Windies then slumped from 159-4 to 210 all out in the afternoon session, skipper Jason Holder the last man to fall for 39.

India - the world's number-one ranked side - therefore claim a maximum 120-point haul from their first series in the World Test Championship.

Brooks, who resumed with four to his name, could at least take consolation from a maiden international fifty.

After registering a golden duck in the first innings, he faced 119 balls at the second time of asking, striking nine fours including a glorious whip through square leg off Bumrah that brought up his half-century.

Only two wickets fell in the morning session, although Bravo walked off having made 23, with Blackwood subsequently named as his replacement.

The late call-up rode his luck to put on 61 with Brooks after Roston Chase and Shimron Hetmyer had fallen in quick succession.

Blackwood was dropped three times, while there was also a let-off for Brooks on 30 when he was caught at first slip off Ravindra Jadeja only for a no-ball to be called with the bowler having overstepped.

It mattered little in the end as the Windies subsided after lunch, Brooks run out by a brilliant direct hit from Virat Kohli amid the collapse.

Mohammed Shami and Jadeja finished with three wickets apiece, the latter rounding things off as Holder was bowled aiming a desperate heave across the line.

“We were outplayed … both here and in the first match in Antigua, said Holder.

"Our bowling was outstanding throughout the series and kept us in the game on every occasion. Every time I called on the bowlers they stood up for the team. Kemar Roach was exceptional and Shannon Gabriel was also good again. Rahkeem Cornwall came in for this match and he fitted in quite well. He bowled long spells and showed his quality.

“They (India) knew our bowling was good, so they made us work hard for the wickets. And when we got the chance to bat, we didn’t bat well enough. That’s the quality of a good team, of playing the patience game. No complaints on the pitch. Once you work hard as a batsman, you can score runs.”