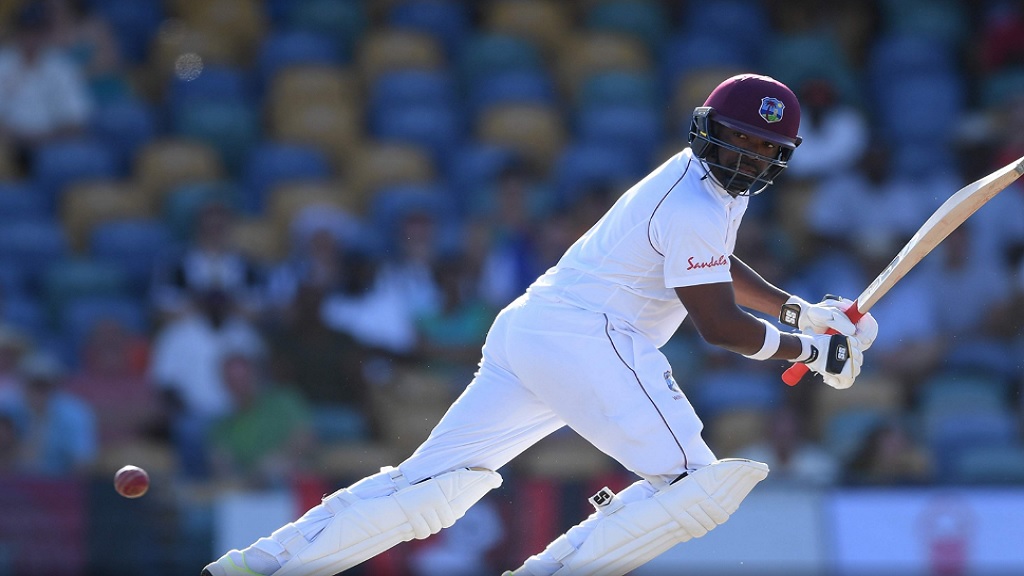 Miguel Cummins struck twice in the day’s final over as West Indies A clawed their way back into the first unofficial Test against India A on Thursday's second day at the Vivian Richards Cricket Ground in Antigua.

Cummins removed Gowtham Krishnappa lbw for six with his second ball of the final over and then had Shahbaz Nadeem caught behind down the leg-side off the day’s final delivery, forcing India A to limp to the finish on 299 for eight in reply to West Indies A’s first innings total of 228.

India A are leading by 71 runs going into the third day on Friday.

Cummins followed a key strike from compatriot Chemar Holder in the previous over which removed top-scorer Shivam Dube for 71, as the visitors lost three wickets for seven runs in the day’s last 10 balls.

Cummins was the pick of the West Indies A bowler with three for 36 from 18 overs, off-spinner Rahkeem Cornwall snared two for 51 from 13 overs and left-arm spinner Jomel Warrican claimed two for 69 from 30 overs.

West Indies A appeared to face a long, hard toil for wickets after the Indians resumed from their overnight total of 70 for one.

But Cornwall and Warrican shared three wickets and in between Cummins scalped another to leave the visitors rocking on 168 for five in the first hour after lunch on a rain-hit day.

The home team, however, was unable to keep the pressure up and Dube combined with wicketkeeper/batsman Wriddihiman Saha, who was unbeaten on 61 at stumps, to help stabilise the visitors’ innings with a stand of 124 for the sixth wicket.

Recalled for a spell with the second new ball, Holder bowled Dube, whose innings contained seven fours and four sixes off 108 balls in a shade over two hours, before Cummins sliced through the tail.

West Indies A beat India A in thriller