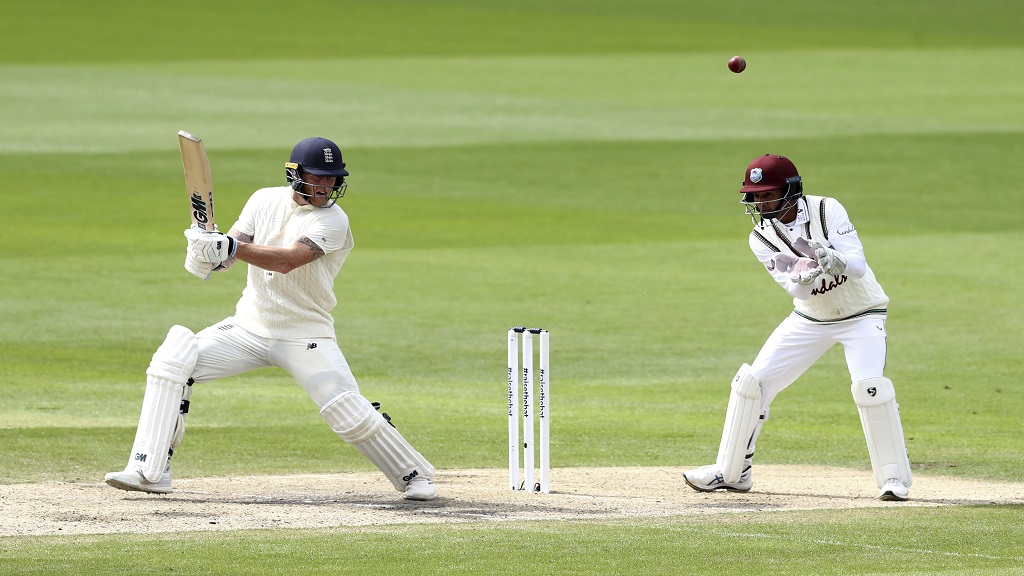 West Indies continue to struggle in the second Test as Ben Stokes reached his 10th Test century and powered onto 172 not out as England quickened the pace in search of a big first-innings total at Old Trafford.

England were 378-5 at tea on Friday, with the departure of Dom Sibley for 120 allowing the hosts to increase the miserly run rate in Manchester on day two.

In the middle with Stokes was Jos Buttler, who was on 12 and — as a limited-overs specialist — might thrive in the environment as he looks for a score to quiet the critics after a poor run of form in test cricket.

England lost two wickets in the middle session, with Sibley's snail-like innings eventually ending when he smashed spinner Roston Chase to Kemar Roach as he ran round from midwicket. Sibley faced 372 balls for his second highest test score, only behind the 133 he made against South Africa in Cape Town in January.

Ollie Pope (7) was then trapped plumb in front of the stumps by Chase, whose easy offbreaks have returned figures of 4-105.

Stokes was ploughing on with what is easily his longest ever test innings of 349 balls, but was still a way off his highest test score of 258.

An extraordinary straight six off paceman Alzarri Joseph was a signal of intent by the allrounder after he brought up three figures with a reverse sweep soon after lunch, having resumed on 99.

Stokes, who was dropped on 157 by Shai Hope at gully off Shannon Gabriel, passed Sibley for runs made before their 260-run partnership ended, and has struck 17 fours and two sixes.

The West Indies are 1-0 up in the three-match series and looking for a first test series victory in England in 32 years.