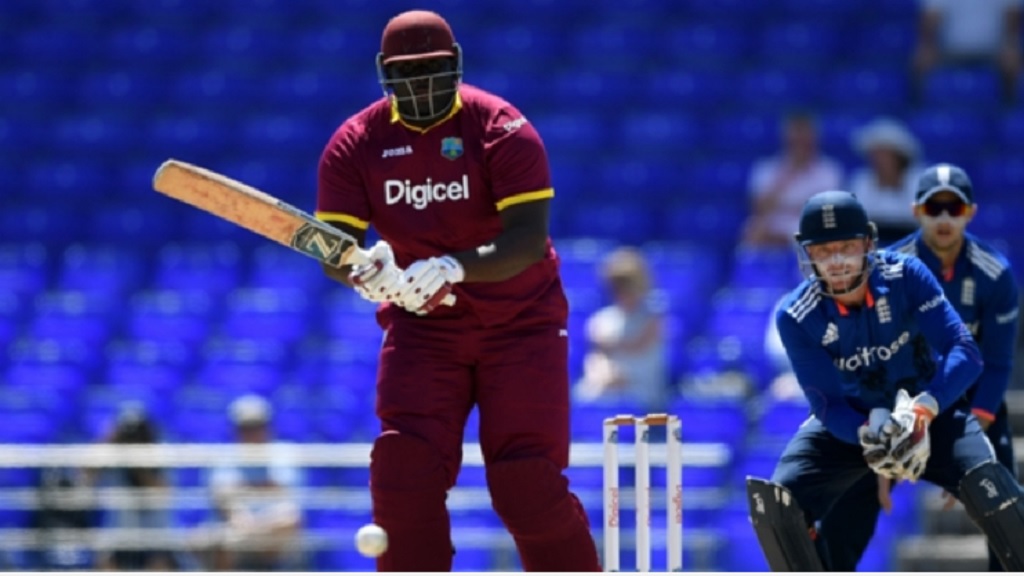 Rahkeem Cornwall in action against England.

Rahkeem Cornwall has received a surprise maiden Test call up for West Indies for their upcoming series against India.

Antiguan off-spinner Cornwall has been included in the 13-man squad selected for the Windies' squad, having impressed for Leeward Islands Hurricanes in the West Indies Championship.

The six-foot five-inch 26-year-old has taken 260 wickets in 55 first-class matches and will be handed his chance to shine on the international stage in the two-match series, which begins on August 22.

Cornwall, who featured in an ODI against England for the West Indies Cricket Board President's XI in 2017, has also proven himself as a lower-order batsman, averaging just under 25 in 97 innings.

"Rahkeem has been performing consistently over a long period of time and has proven to be a match-winner, so we believe his elevation to the Test squad is merited at this time," said chief selector Robert Haynes.

West Indies claimed a 2-1 victory over England earlier in 2019, though Alzarri Joseph and Jomel Warrican have not been recalled despite featuring in that series.

All-rounder Keemo Paul, a replacement for Test captain Jason Holder when he was forced to miss the final Test of the England series, has retained his place.