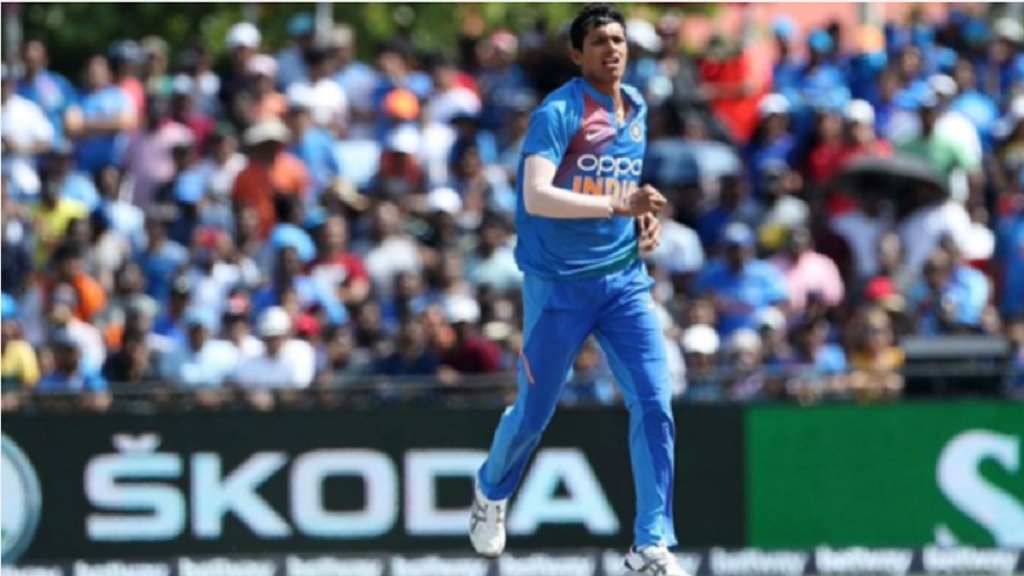 West Indies lost the first of three Twenty20 Internationals against India at the Central Broward Regional Park Stadium in  Lauderhill, Florida on Saturday.

Navdeep Saini enjoyed a wonderful international debut to help India to a four wickets victory in a low-scoring game.

Saini (3-17) struck with successive deliveries in his first over and the seamer finished off the Windies' innings with a wicket-maiden that included the scalp of Kieron Pollard, whose 49 represented more than half of his side's paltry total of 95-9.

On a sluggish pitch, India then lost wickets at regular intervals, but they nevertheless reached their target with 16 balls to spare, Rohit Sharma's 24 the most substantial contribution to the chase.

Victory represents a welcome boost for India after their painful semi-final defeat to New Zealand in the Cricket World Cup.

Uncertainty surrounds the future of the team's coaching staff in the wake of that loss, while skipper Virat Kohli rubbished rumours of a feud between himself and Rohit earlier this week.

After Kohli had won the toss on Saturday, the Windies lost openers John Campbell and Evin Lewis for ducks, setting the tone for a dismal batting display in the first contest of a three-match series.

Nicholas Pooran briefly sparkled, with two sixes in his 20, but he and Shimron Hetmyer then fell to consecutive Saini deliveries, leaving the debutant on a hat-trick.

Saini could not manage that feat, but he finished his day's work in style by trapping Pollard lbw in a run-less 20th over. The experienced all-rounder had been the only man to offer any prolonged resistance for the Windies, striking four maximums in his run-a-ball innings.

Shikhar Dhawan fell cheaply in reply on his return from the thumb injury that prematurely ended his World Cup campaign and India were in trouble at 32-3 when Rohit and Rishabh Pant (0) holed out to successive balls from Sunil Narine.

Kohli and Manish Pandey contributed 19 apiece to edge India closer, though, and their victory was sealed by a Washington Sundar six.

Windies call up Bramble, Narine and Pollard for India T20s