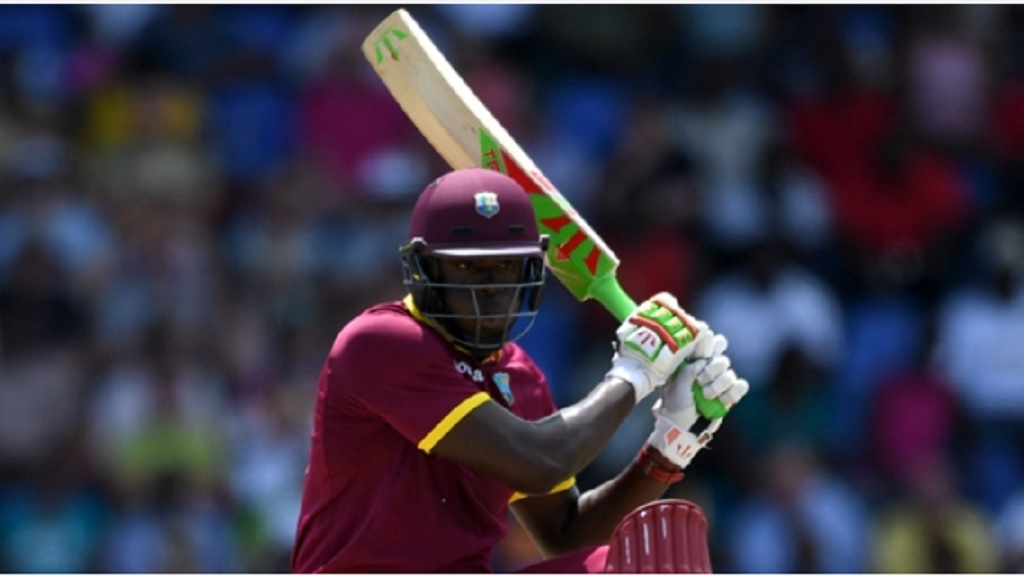 Carlos Brathwaite topscored for West Indies with 60 off 64 balls.

Sent in to bat, West Indies flourished early – reaching 50 for just one wicket in the first Powerplay, but faltered to be five down before they reached 100.

Brathwaite batted at number eight and entered with the score at 104 for six in the 22nd over. The tall right-hander topscored with 60 off 64 balls – which included five boundaries and three straight sixes. He played fluently on both sides of the pitch and featured in a crucial seventh-wicket stand of 74 with Sunil Ambris, who made 37 from 46 balls with three boundaries.

Lewis, in his first match back at the top of the innings for the year, scored 50 from 56 balls. He shared an opening stand of 39 at a run-a-ball with Shai Hope, who made 21 – which included back to back straight sixes off Jason Behrendorff in the second over of the innings.

Chasing 230 for victory, Australia reached the victory target off 38.3 overs with seven wickets in hand.

Steve Smith topscored with 76 in his and David Warner's first game in England since serving a one-year ban for their roles in the Australia ball-tampering scandal.

Warner did not last long as he was bounced out by Oshane Thomas for 12, while Usman Khawaja was struck on the jaw by a bouncer from Andre Russell and had to retire hurt two overs into Australia's run chase.

He was sent to hospital for precautionary scans.

Despite the early setbacks, Smith guided Australia safely to the modest target, with captain Aaron Finch adding 42 and Shaun Marsh an unbeaten 55.

West Indies will now travel to Bristol on Thursday where they will continue preparations for the marquee event, which runs from May 30 to July 14. They will have official warm-up matches against South Africa and New Zealand on May 26 and 28 at the County Ground.