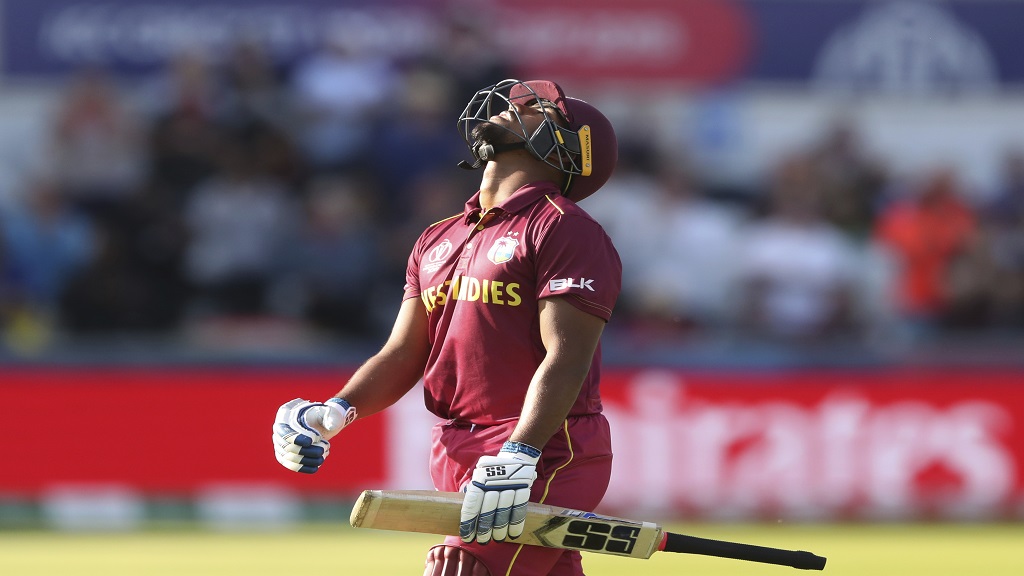 West Indies' batsman Nicholas Pooran reacts as he leaves the crease after being dismissed Sri Lanka's Angelo Mathews for 118 runs during the Cricket World Cup match between Sri Lanka and the West Indies at the Riverside Ground in Chester-le-Street, England, Monday, July 1, 2019. (AP Photo/Scott Heppell)

It was a day late and counted for little in the context of the Cricket World Cup, but there was no lack of tension as Sri Lanka fended off the West Indies by 23 runs on Monday.

Avishka Fernando scored 104 from 103 balls to guide Sri Lanka to 338-6, its highest total of the tournament, and Lasith Malinga took two early wickets to have West Indies reeling at 22-2 in the fifth over of the chase. The veteran paceman's late wicket all but finished it off and moved him into the top three of most prolific World Cup bowlers.

West Indies, with some star power support from Rihanna on a blustery, slightly overcast day — no need for shade, or shelter from the rain — made a chase of it but ran out of time and finished 315-9.

"That's been the World Cup for us," West Indies captain Jason Holder said. "It's disappointing, to come so close and not get over the line."

Rihanna's reaction when Chris Gayle got out for 35 — head back in disbelief — summed up the overall feeling of game over at 71-3. 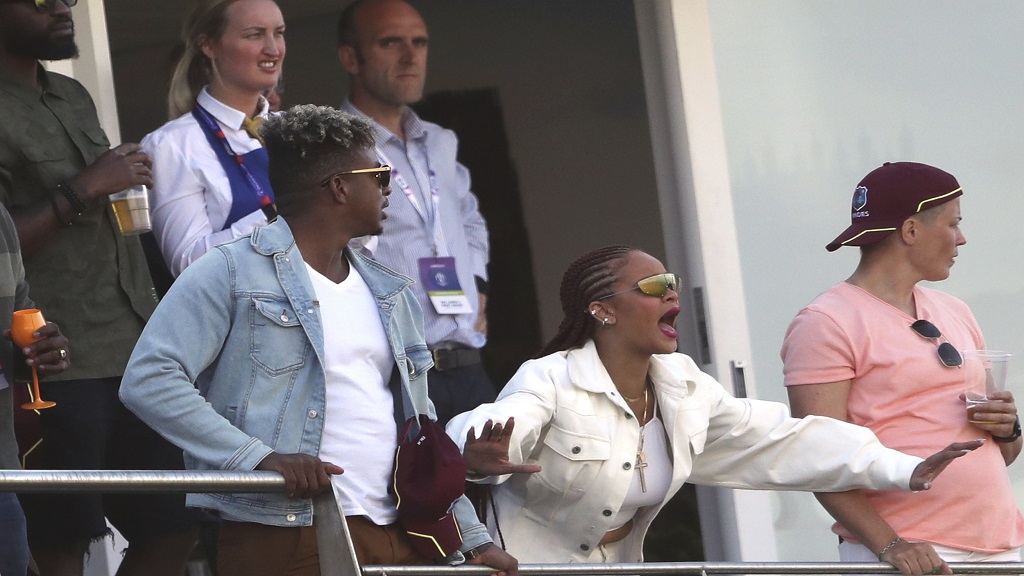 Singer Rihanna, middle, reacts as she watches the match from same level as the players balcony during the Cricket World Cup match between Sri Lanka and the West Indies. (AP Photo/Scott Heppell)

Shimron Hetmyer was run out for 29 soon after and when Carlos Brathwaite (8) was unluckily run out when bowler Isuru Udana got a fingertip to Nicholas Pooran's drive and the ball deflected onto the stumps, it seemed West Indies' chase was over.

But when Pooran (118) and Fabian Allen (51) combined in an 83-run, seventh-wicket stand, the superstar singer from Barbados was back on her feet along with the crowd.

Allen joined Pooran at 199-6 and scored his first one-day international 50 from 30 balls, including a six and seven boundaries, before he became the third West Indian run out in the innings. He glanced to leg, decided against a run but went when Pooran — on 99 — was midway down the pitch. Allen was well short of his ground at the non-striker's end.

Allen said he felt like he had to go through for the run, he couldn't leave Pooran stranded in the 90s, and thought it was the critical moment of the match.

Pooran posted his first ODI century, was dropped at long-off in the next over, and was finally out caught behind when he chased Angelo Mathew's first delivery in a one-dayer since December 2017 in the 48th over.

"That was the first ball after eight months," Mathews said of his match-clinching delivery. "We knew we had to make up two overs (so) I said to the captain, 'I have a bit of experience. I will try to bowl the two overs.'"

Malinga trapped Oshane Thomas lbw in the penultimate over to finish with 3-55, getting the decision on review, and joined Wasim Akram at No. 3 on the all-time list of World Cup wicket-takers with 55.

In other circumstances, Fernando's maiden ODI century would have enhanced Sri Lanka's chances of reaching the World Cup semifinals.

But Sri Lanka's playoff prospects ended when England beat India at Edgbaston on Sunday, nine days after Sri Lanka's upset of England opened up the competition.

West Indies was already out of contention after losing four in a row following a confident start to the tournament.

The consolation for Sri Lanka at Riverside was to extend its winning streak in World Cup encounters against West Indies to four, dating to 1996. 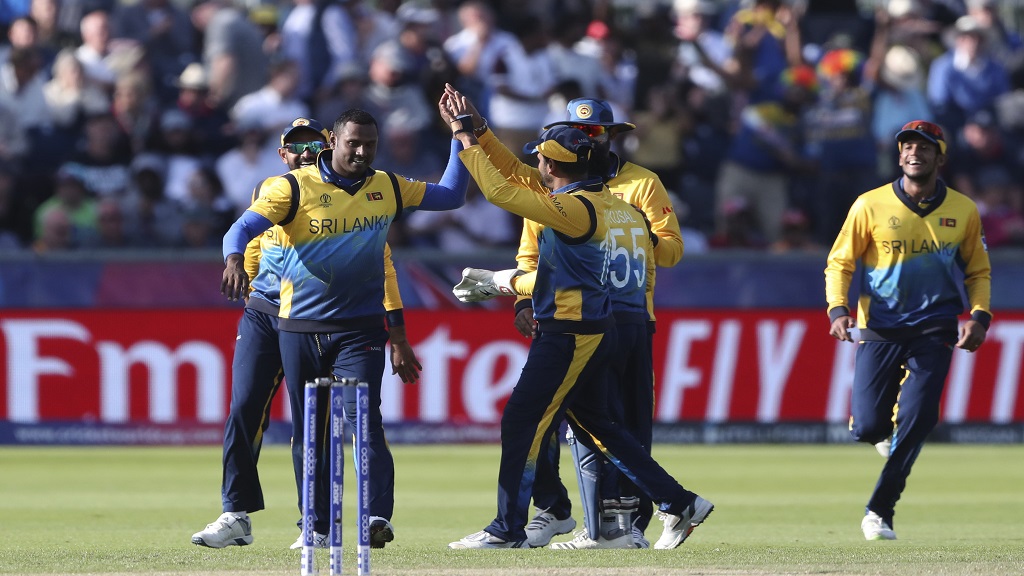 Mathews said the wins over England and West Indies showed Sri Lanka's ability, but they blew too many other chances.

"Unfortunate that we couldn't reach the semifinals — at least we can finish off well," he said.

Fernando made promising starts in his two previous World Cup innings, scoring 49 and 30, and he went on with it this time.

He went in after a 93-run opening stand between Kusal Perera (64) and Dimuth Karunaratne (32), and shared partnerships of 85 with Kusal Mendis (39), who was spectacularly caught-and-bowled by Allen, 58 with Mathews (26), and 67 with Lahiru Thirimanne (45 not out).

The West Indies will finish off against winless Afghanistan at Leeds on Thursday, desperate to finish with two wins for the tournament. Sri Lanka plays India at the same ground on Saturday.