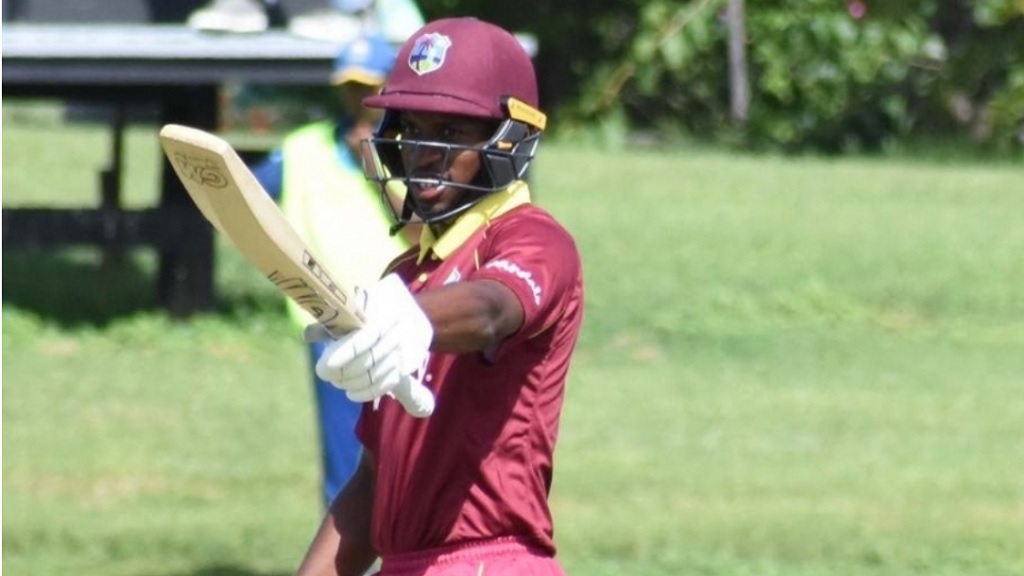 West Indies secured a seven-run victory over Sri Lanka in their final match of the West Indies Rising Stars Under-19 Tri Series at the Coolidge Cricket Ground in Antigua on Tuesday.

The young West Indies side was led to victory by Nayeem Young and Matthew Patrick who both scored half centuries.

Young scored 55 and Patrick 57 and they featured in a sixth-wicket stand of 85 that pushed the home side to 207 for nine off their 50 overs.

Quick running between the wickets combined with four fours from Patrick and a pair of sixes from Young, were features of the partnership.

Patrick was the first to go, stumped for 57 after which Young added 20 runs with Jayden Seales before he was bowled for 55.

After losing the toss and sent in to bat, the West Indies Under-19 got off to a flyer with captain Kimani Melius smashing 11 off his first five balls before falling to the bowling of Amshi da Silva, with the score on 14.

By the end of the eighth over, da Silva had inflicted more damage as the West Indies slumped to 47 for four. Micah Joseph (five) and Kirk McIntosh (eight) lost their wickets to da Silva, who also claimed the wickets of Young and Jason Seales (three) to finish with figures of five for 44 from his 10 overs of medium pace.

Kevlon Anderson scored a patient 17 off 43 balls to help get the West Indies beyond 200. He eventually fell to Kavinda Nadeeshan who finished with two for 40.

Sri Lanka’s reply got off to a bad start when Matthew Forde had Navod Paranavithana caught behind off the first ball. The visitors then lost two more quick wickets when Ravindu Rasantha and Ahan Wickramasinghe fell for two and one, respectively, to leave Sri Lanka’s innings in peril on eight for three after 4.1 overs.

However, in-form captain Nipun Dananjaya and wicketkeeper Kamil Mishara rebuilt their team’s innings and resumed the run chase that got them close to the West Indies’ total.

The pair rotated the strike taking the singles and twos when the West Indies were slow in the field. They eventually took the score to 107 before Mishara fell for 50 to Ashmead Nedd.

Sonal Dinusha then joined his captain and the pair looked set to take Sri Lanka to the 208-run target. However, Matthew Forde was reintroduced into the attack and almost immediately accounted for Dananjaya’s wicket for 74.

Young followed up his half century with three wickets  as Sri Lanka finished their innings on 200 for eight chasing a victory target.

Forde was the pick of the West Indies U19s bowlers, finishing with figures of three for 29 ,while Young took three for 48.

“It’s nice to finish the series on a positive note, also to turn around the result from Saturday after that heavy defeat against the same playing 11, it’s pleasing,” said coach Graeme West.

Stafanie Taylor in ICC’s ODI Team of the Year