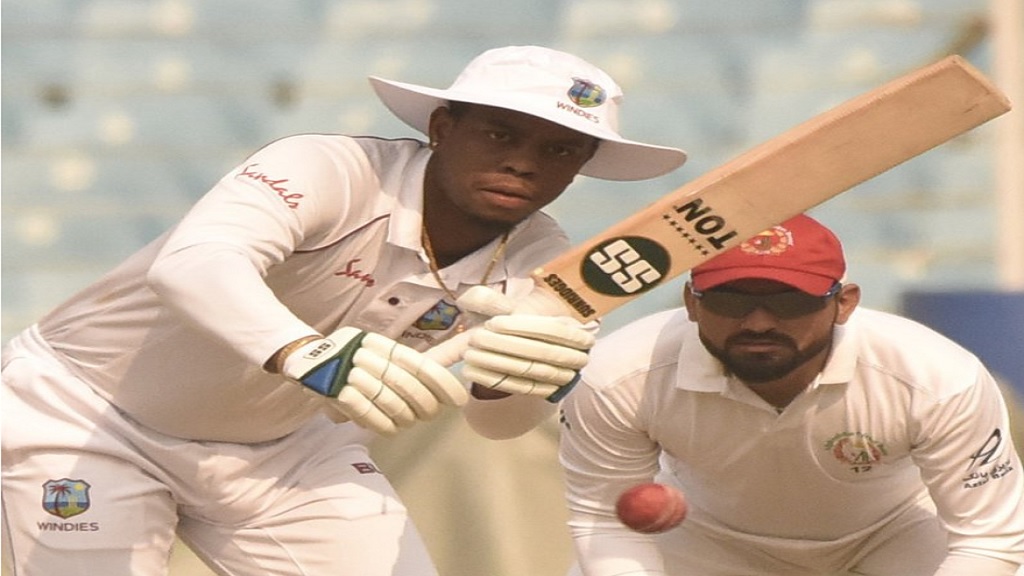 Kraigg Brathwaite played with his usual dogged determination and Shimron Hetmyer showed fluency while at the crease but it was a tough day for West Indies batsmen on the opening day of the four-day warm-up match against the Afghanistan Cricket Board XI at the Ekana Cricket Stadium in  Lucknow, India.

Brathwaite spent close to three hours at the crease – he stroked seven fours in a top score of 46 off 135 balls – but West Indies won’t be anywhere close to satisfied with their score of 168 all out, after winning the toss.

Hetmyer got 38 in just under an hour with six silky boundaries on both sides of the wicket, while Shai Hope (26) and Shane Dowrich (23) also got solid starts without carrying on.

Brathwaite played in his usually characteristic manner of defying the bowlers before he was bowled by left-arm spinner Hamza Hotak, who was the leading wicket-takers with 4-34 off 23.3 overs consecutive from the northern end.

Hope was also dismissed by the persistent to Hotak, caught at slip. This was against the run of play after the stylish right-hander highlighted the morning session with three sparkling fours – a drive, a cut and a hook – in an over off lively seamer Yamin Ahmadzai.

Hetmyer played well against both pace and spin but was undone when he was adjudged leg-before-wicket to veteran fast bowler Dawlat Zadran – but the ball appeared to hit the batsman a bit high.

West Indies were all out on the stroke of tea and in the final session they picked up three wickets in a short space of time to reduce Afghanistan Cricket Board XI to 49-3. Rahkeem Cornwall got generous turn and bounce and look menacing on a surface that is already offering help to the slow bowlers at an early stage in the match. The tall off-spinner had Ihsanullah trapped plumb in front for a “duck” and in the final over had Rahmat Shah well caught low down by Shamarh Brooks close in at leg slip. The other wicket went to left-arm spinner Jomel Warrican, who was introduced in the fifth over and troubled the batsmen with his impeccable control.