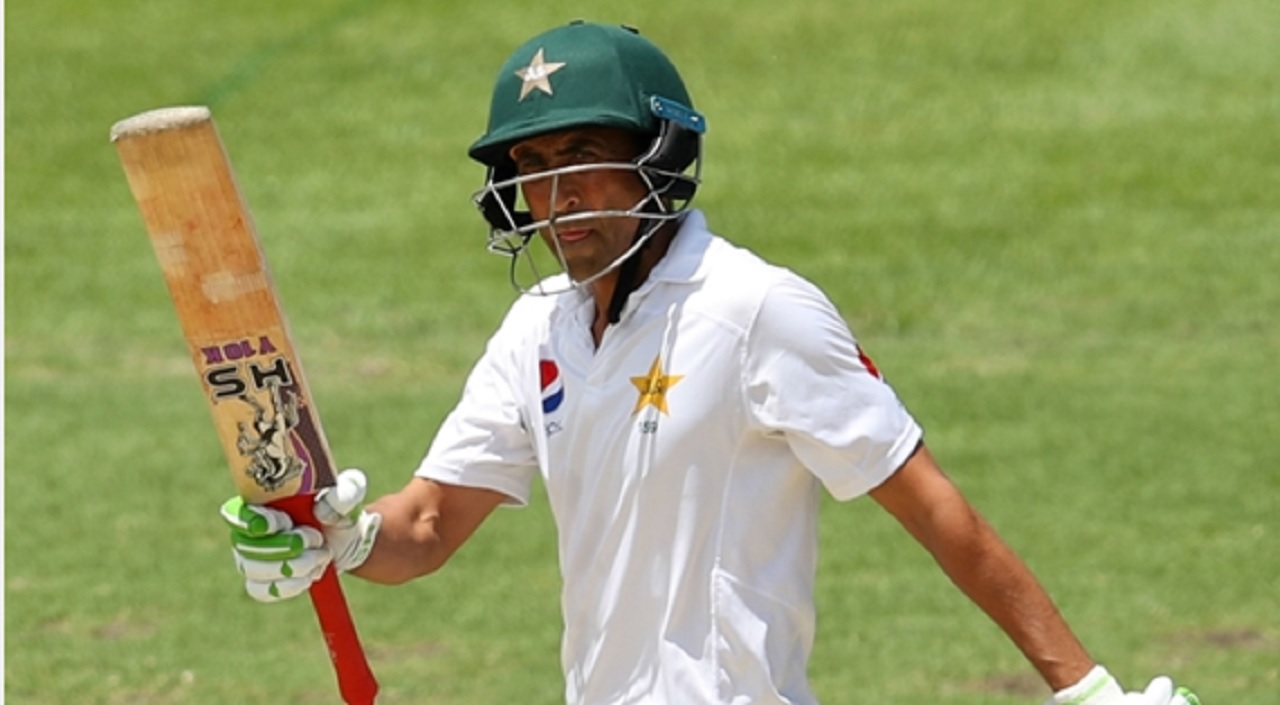 West Indies were in danger of losing the series-deciding third Test in Dominica against Pakistan after closing Saturday's fourth and penultimate day on seven for one, chasing a victory target of 304.

Mohammad Abbas claimed a maiden five-for in his debut Test series as West Indies were skittled out cheaply before the hosts saw Pakistan's tail wag to set up a commanding declaration.

The Windies resumed on 218 for five – 158 runs behind –  but offered scant resistance to Pakistan's relentless attack, with Abbas posting figures of five for 46.

His superb spell, which saw Devendra Bishoo, Alzarri Joseph and Shannon Gabriel sent packing without scoring a run, ensured the Windies added just 29 runs their overnight score to slump to 247 all out.

Pakistan's innings featured the final Test outings at the crease for Younis Khan (35) and Misbah-ul-Haq (2), who were given standing ovations as they departed.

But they too struggled to score on a day when the bowlers were on top, with only a lower-order revival setting up a declaration on a 304-run lead.

The Windies then made it to seven for one at the close, needing another 297 runs for victory.

Even the return of Roston Chase, forced off injured on Friday after being struck on the hand by a Mohammad Amir short ball, failed to spark West Indies into action.

Chase resumed his innings on 60, adding just nine runs before Abbas bamboozled him with a yorker, the ball cannoning off his pads and onto his off stump.

The tone was set with the early dismissal of Shane Dowrich (20), leaving captain Jason Holder (30) as the last man standing at the end of an innings that simply collapsed.

Pakistan initially struggled to press home their advantage, first-innings centurion Azhar Ali out for three after slashing a short and wide one into the hands of substitute fielder Jermaine Blackwood.

Babar Azam departed without scoring to leave the tourists on 8-2, but Younis helped to steady the ship, although Shan Masood (21) did not stick around with him for long.

Departing heroes Younis and Misbah received emotional goodbyes from a receptive crowd, with both falling before tea.

That left it to the remaining few batsmen to take Pakistan's lead over 300, with Amir (27) and Yasir Shah (38 not out) making particularly valuable contributions.

The Windies' attempts to chip away at the victory target saw Kieran Powell claimed by Yasir for four, bringing an end to a day in which 14 wickets fell.