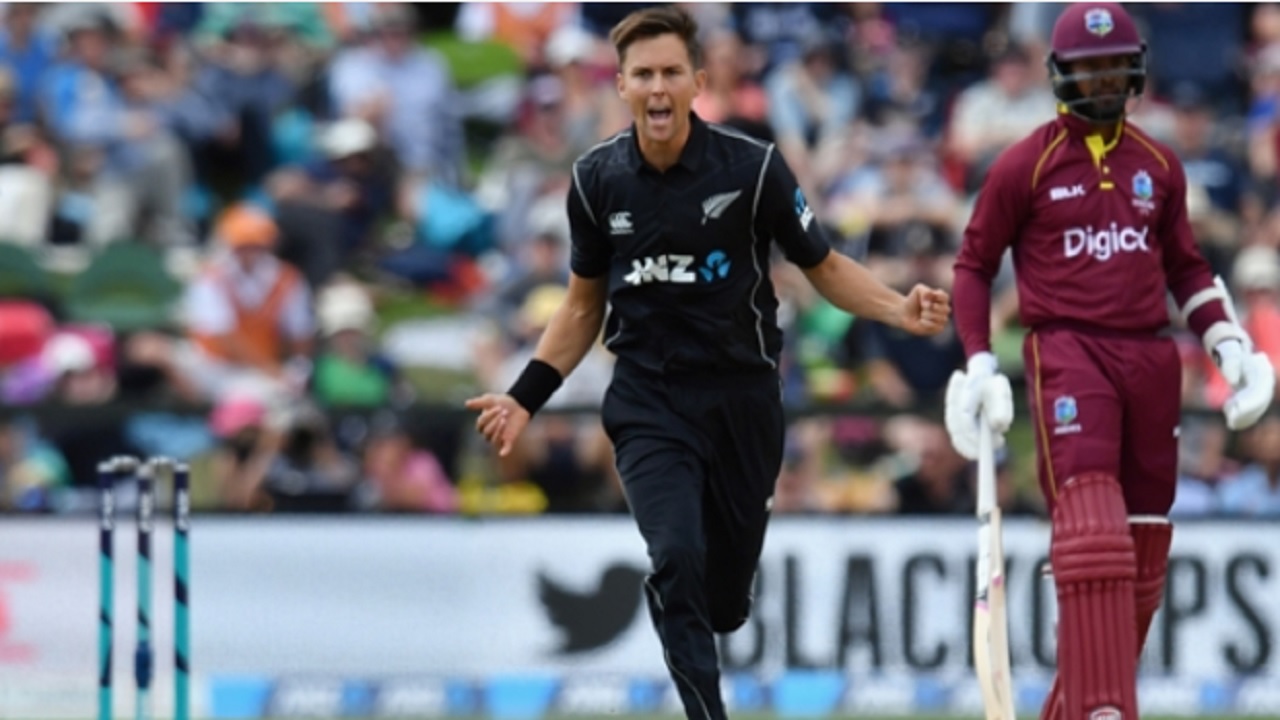 West Indies failed to cope with the bowling of Trent Boult as New Zealand sealed the One-Day International (ODI) series with a game to spare by scoring a 204-run victory in the second match on Saturday.

The game was played at Hagley Oval in Christchurch, and Boult ripped through West Indies with a career-best seven wickets for 34 runs as the Black Caps won comfortably.

It marked the first seven-wicket haul by a player in ODIs between New Zealand and West Indies, while Boult took his tally to 101 in the format.

Henry Nicholls (83 not out) had earlier helped New Zealand, who were put in to bat, recover from a somewhat worrying position to post 325-6.

Boult struck early and often as the Windies never looked like chasing down the total, dismissed for 121 after 28 overs to fall 2-0 behind in the three-match series.

It all could have been so different for the tourists, who were without the ill Chris Gayle.

New Zealand made a decent enough start through George Worker (58) and Colin Munro (30).

However, Sheldon Cottrell (3-62) helped reduce the Black Caps – captained by Tom Latham in the absence of Kane Williamson – to 124-3.

The pace and bounce of the wicket appeared to trouble batsmen most, and the Windies created an opportunity for themselves by dismissing Latham (20) and Ross Taylor (57).

Jason Holder (2-52) removed that duo as New Zealand were left at 186-5 after their bright start.

But the Windies were unable to build on that, allowing Nicholls – with his highest score in ODIs – and Todd Astle (49) to take the game away from them with a 130-run sixth-wicket partnership.

Boult got plenty of movement early, taking four wickets as the Windies' chances were crushed.

Ashley Nurse (27) provided some resistance but the Windies were comprehensively beaten heading into the third and final ODI on Boxing Day.