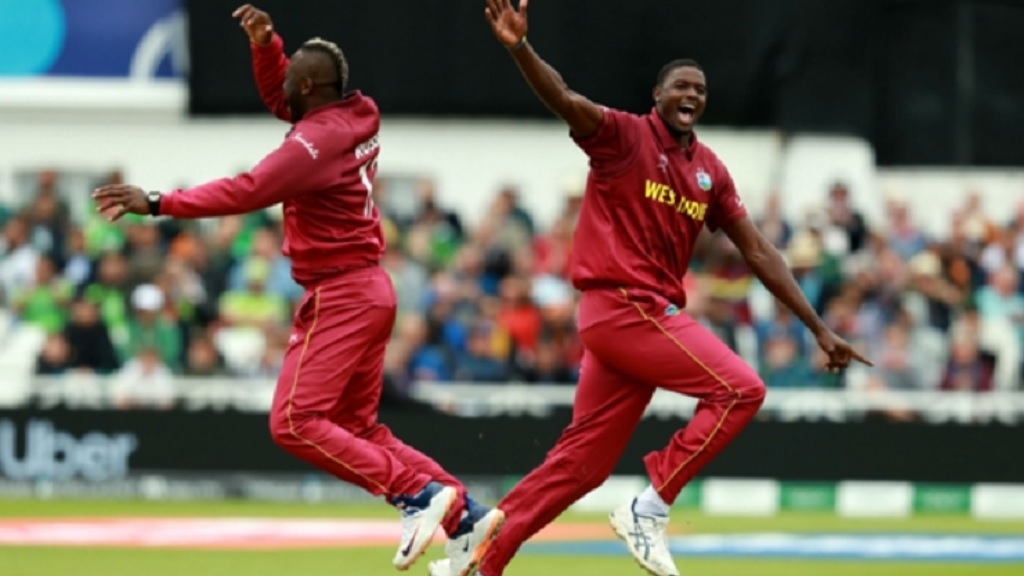 Pakistan suffered a humiliating start to their Cricket World Cup campaign as they were blown away in a seven-wicket defeat to West Indies at Trent Bridge.

Mickey Arthur's team came into its opening match on the back of 10 successive ODI losses, but they plumbed new depths on Friday, stumbling to 105 all out inside 22 overs in the face of some excellent short-pitched bowling.

Oshane Thomas and Windies skipper Jason Holder returned 4-27 and 3-42 respectively, while Andre Russell claimed 2-4 in a fantastic three-over spell - consisting predominantly of bouncers - before suffering an apparent ankle injury just before the innings came to an end.

The inadequacy of Pakistan's total was summed up by the fact a last-wicket stand of 22, achieved thanks to some lusty blows from Wahab Riaz (18), represented the highest partnership of the innings.

Their score was unsurprisingly surpassed with ease by West Indies, who had won the toss, with the world champions of 1975 and 1979 cantering to victory in 13.4 overs on the back of a 34-ball 50 from Chris Gayle.

The veteran opener now holds the record for the most sixes in World Cup history, although he did appear discomforted by a back problem shortly before falling to Mohammad Amir, the bowler responsible for all three Pakistan breakthroughs.

What does it mean? Bouncer-loving Windies a real threat

It would be foolish to read too much into one game, but the Windies - who only just qualified for this tournament through a rain-affected victory over Scotland last March - look to be a side capable of making a real impact over the coming weeks.

A powerful batting order features the likes of Gayle, Shai Hope, Shimron Hetmyer and Russell, but it was their bowling that really stood out in Nottingham.

Russell dealt almost exclusively in short balls during his fabulous spell, which accounted for Fakhar Zaman - bowled via his helmet - and Haris Sohail. And there were also plenty of well-directed bouncers from the other quicks as Pakistan crumbled at a venue synonymous with high totals in recent years.

Gayle tees off in stress-free outing

In his first appearance at what will be his final World Cup, Gayle was given the opportunity to have some fun in the absence of any scoreboard pressure.

Hasan Ali took the bulk of the punishment as Gayle raced out of the blocks, striking successive sixes in the fourth over to set the tone for an enjoyable knock typically full of flamboyance.

The impressive Amir removed Hope and Darren Bravo cheaply, but a Windies win never looked in doubt. The victors will just hope this success is not soured by negative injury news after Russell and Gayle appeared to pick up problems.

Pakistan have little time to dwell on this horror show.

They are back in action at Trent Bridge on Monday against tournament favourites England, the side who inflicted a 4-0 series defeat on them prior to the World Cup.

Pakistan won the Champions Trophy in England and Wales two years ago after losing their first game, but a similar turnaround appears unlikely considering their atrocious form. However, there will surely be some sort of response from Sarfraz Ahmed and his team.

- Pakistan's total of 105 is their second-lowest in a World Cup game. They made 74 against England in the 1992 tournament.

- For the 76th time in his ODI career, Gayle scored 50 or more runs. Only Brian Lara has achieved the feat more often (81 times) for the Windies.