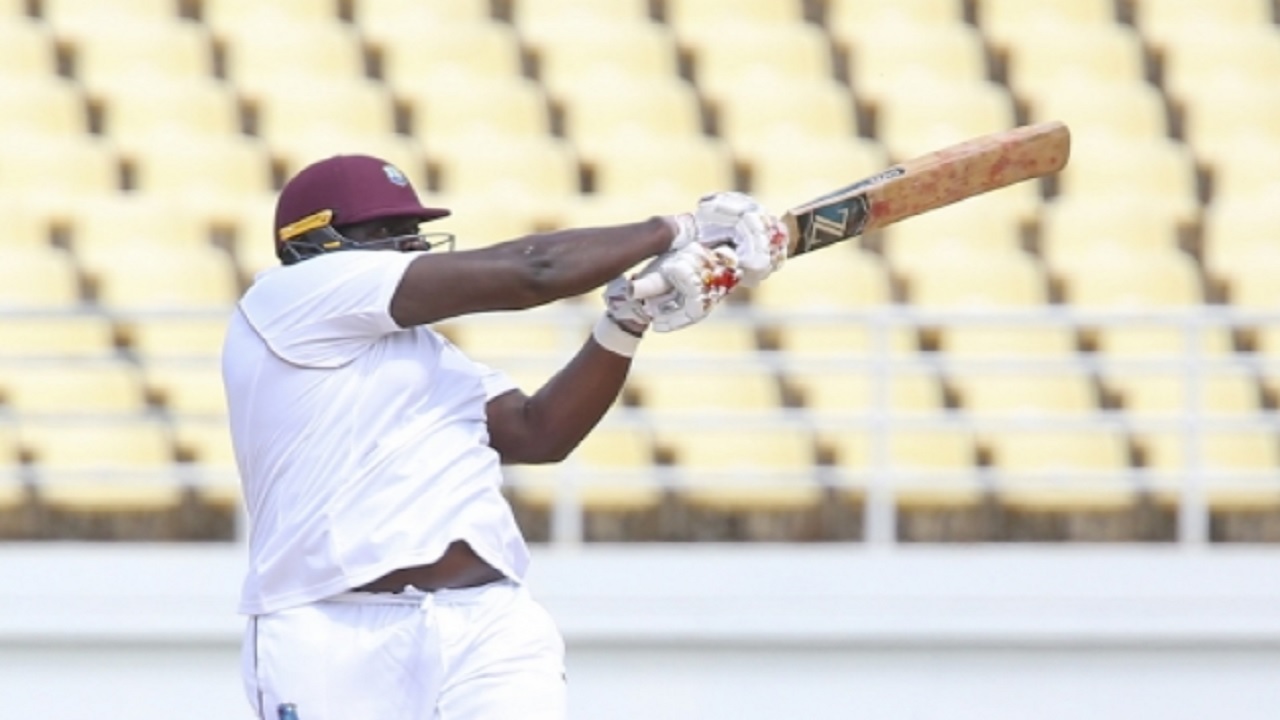 Rahkeem Cornwall hits the winning runs for West Indies A.

West Indies A defeated England Lions by two wickets in a close encounter on the final day of the first four-day "Test" on Wednesday at the Trelawny Multi Purpose Stadium in Jamaica.

The hosts squandered what should have been easy win, losing a hatful of wicket before limping over the line.

Resuming  on 31 for one with a mere 75 runs required for victory, West Indies A made their way safely to 51 without further loss before suffering a sudden capitulation to lose seven wickets for 47 runs.

Suddenly tottering on 98 for eight and with defeat a real possibility, Windies A were rescued by all-rounder Rahkeem Cornwall who held his nerve to end on 14 not out and see them to a 1-0 lead in the three-match series.

Captain Kieran Powell, unbeaten on 16 overnight, top-scored with 30, and while Vishaul Singh (18) and Shamarh Brooks (16) got starts, they failed to carry on, leaving the innings compromised.

Brooks and Vishaul put on 23 for the fourth wicket which took Windies A to 80 for three but their dismissals triggered a slide that saw five wickets fall for 18 runs.

Left-arm spinner Jack Leach was the main destroyer, adding four wickets to his one from overnight to end with five for 26 while leg-spinner Liam Livingstone picked up two for 55.

Left-arm spinner Jomel Warrican was named Man-of-the-Match for his eight-wicket match haul and unbeaten 71, batting at number 10 in the first innings.

The second “Test” bowls off Sunday at Sabina Park.