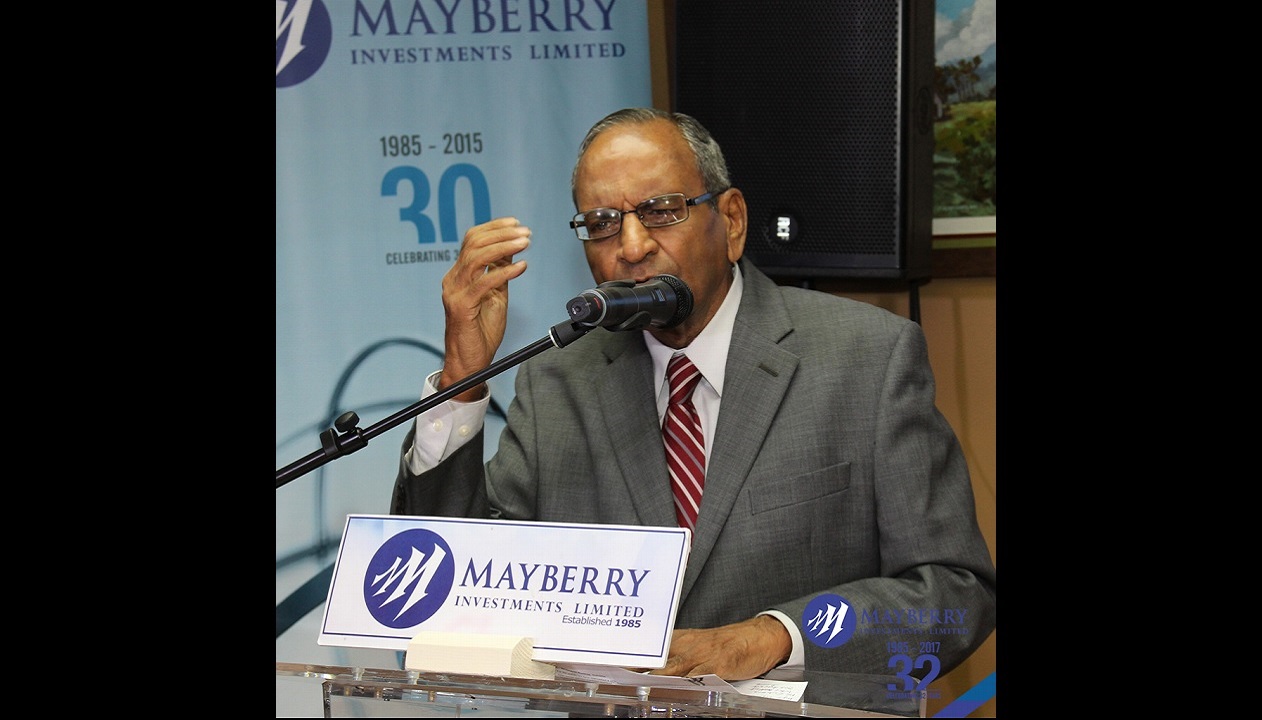 Sushil Jain possessed a wealth of experience in the financial management field, serving on several boards in the private and public sector,

Jain was reportedly admitted to hospital last Friday but was released over the weekend, only to be readmitted on Monday.

Jain was in his seventies.

He possessed a wealth of experience in the financial management field, serving on several boards in the private and public sector, namely Mayberry Investments, Seprod, Petroleum Corporation of Jamaica (PCJ) and PricewaterhouseCoopers.

His acumen was well sought out internationally, leading to him serving on boards in the Caribbean, North America and Asia.

He always called for investors to do further research to inform their investing decisions.

Several business leaders have expressed sadness at the news of his passing.

CEO of Mayberry Investments Gary Peart said: “He was a stalwart of the Jamaican business community and a man of impeccable integrity. He enlivened many AGMs, bringing to them his perspicacity and wealth of knowledge.”

“He was an invaluable member of the Mayberry team and we will all certainly miss him  here at Mayberry. Walk good Sushil.”

President and CEO of Sagicor Group Jamaica noted that Jain was a business mentor to many. “Rest in peace my friend,” Zacca tweeted.

GraceKennedy CEO Don Wehby shared with Loop News: “This is very sad news, I was with him recently at a JEA meeting and he was in fine humour, sharing jokes and was in good spirits.”

“This is a sad day for Jamaica’s business community, having lost one of its brightest minds. Sushil could always be relied upon to give a unique perspective on business matters, not only in Jamaica but across the world,” Dennis Chung, CEO of the Private Sector Organization of Jamaica told Loop News.

He added: “His opinions were always sought and carried tremendous weight.

Jain held a Bachelor’s Degree in business and commerce from Dehli University in India along with several accounting accreditations.