Welcome 20 per cent reduction in road fatality, but… - NRSC 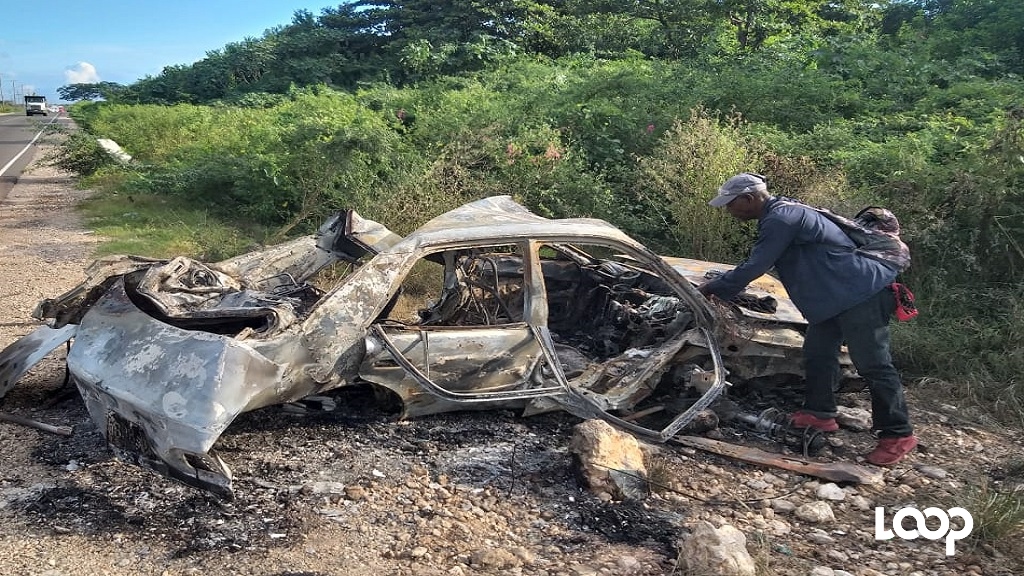 File photo of a fatal crash near Seaview Gardens in St Andrew.

The National Road Safety Council (NRSC) has announced that Jamaica has recorded a 20 per cent reduction in road fatalities island-wide, compared to the corresponding period in 2019 - an unexpected yet welcome impact from the deadly coronavirus (COVID-19) pandemic.

There has been a marked reduction in road crashes leading to 39 less fatalities, and the road user categories that contribute greatly to the fatality rate, pedestrians and motorcyclists, saw 28 per cent and 27 per cent drops, respectively. Other categories, namely pedal cyclists, private motorcar passengers and drivers experienced 42 per cent, 34 per cent and 33 per cent reductions, respectively.

The NRSC projects that Jamaica will have less fatalities this year due to reduced road traffic as schools have closed for the present school year and many offices have staff working from home or have limited staff attendance at work. In addition, some establishments have been closed or have sharply reduced human activities, including churches, bars and major sporting and entertainment events.

As Jamaica grapples with how to deal with the pandemic, a gradual relaxation of the restrictions has begun to take place and road traffic is expected to increase.

Within that overall context, Dr Lucien Jones, the NRSC’s Vice Chairman, cautioned that, “Current reductions in injuries and fatalities are artificial, so we cannot rest on our laurels, as there is still much work to be done to deal with the post COVID-19 period.”

He added that “The slowing of the legislative pace during the last three months has had a commensurate effect on the full activation of the already passed Road Traffic Act (RTA) of December 2018. So, the question is: will 2020 close without us having an operationalised RTA?”

Paula Fletcher, Executive Director, NRSC, reiterated a call for urgency to “complete the formulation of the new Road Traffic Regulations so that the many best practices outlined will be available for the fight for safer roads.”

She added that the NRSC is proceeding nonetheless with work in the area of strategies to reduce motorcycle and pedestrian injuries and deaths.

Aspects of the motorcycle (road safety) programme have experienced a setback and the proposal is to reschedule the execution time. This is one of the activities in response to the problem that have emerged with motorcycle fatalities since 2015, which is getting special attention through a working group tasked by the NRSC Chairman, Prime Minister Andrew Holness, to implement recommendations formulated by the NRSC.

There has also been progress in moving to ensure motorcyclists obtain a driver’s licence, and importantly, that they pass the Road Code examination before getting a learner’s permit. This work is considered significant as the majority of motorcyclists are believed to be unlicensed.

A major part of the initiative is to move this group towards getting certified, with buy-in to the life-saving benefits of using safety devices, particularly helmets, as over 90 per cent of those who have died were not wearing helmets.

The NRSC is ramping up its focus on reducing pedestrian fatalities, and continues to have consultation with the relevant stakeholders. In this regard, the NRSC consulted with stakeholders to prepare a proposal which is to be a call to action for presentation to the chairman. As was done in the case of motorcyclists, the NRSC is anticipating that it will lead to a strategic plan for short/medium/long-term intervention to promote pedestrian safety.

Fletcher added that the NRSC is encouraged to hear the report from the Ministry of National Security at the recent full council meeting, that they have obtained hand-held devices and portable printers to be used by the police in the field to make their work more efficient, and to easily access information from their central database. A pilot project is scheduled to be rolled out these devices in July.

“The work continues and we will not be overshadowed in the energy we place behind road safety initiatives, by the daunting reality of the leading news of the times,” Fletcher announced. “Jamaica is beginning to open back up and the roads need to be safe as we work as a nation to rebuild and restore our lives and the economy.”

Elderly woman is 10th road fatality in Trelawny this year