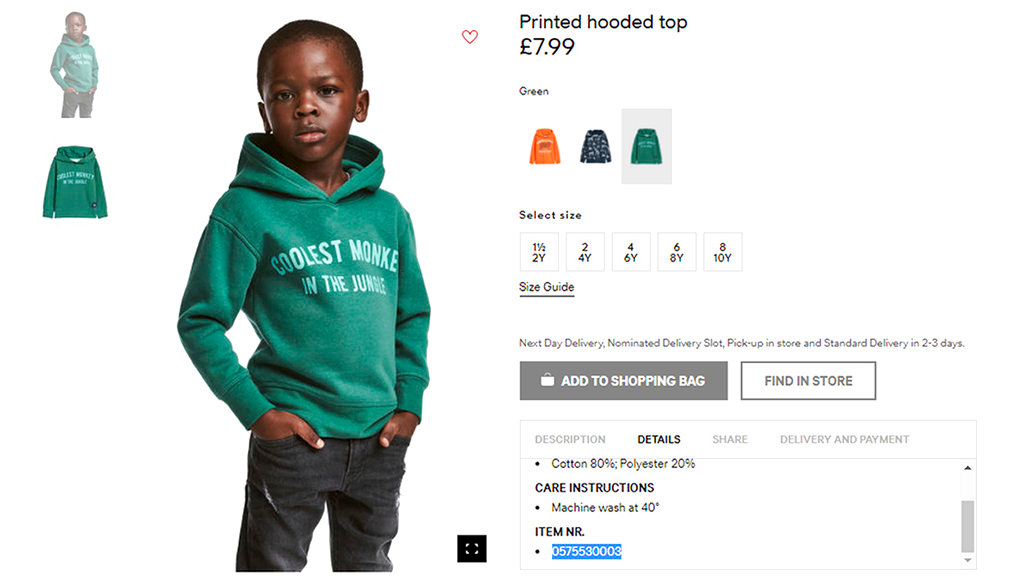 Singer The Weeknd has stated that he will no longer work with H&M after the clothing company posted an ad of a black child in a sweatshirt with the words "Coolest monkey in the jungle" on the front.

Many people criticized the image on social media, calling it racist. H&M removed the image Monday and apologized to anyone it "may have offended."

The Weeknd, who has a clothing line at the retailer, said on Twitter that he was "shocked and embarrassed" by the photo.

"I'm deeply offended and will not be working with @hm anymore," he wrote. Representatives for The Weeknd confirmed the singer would end ties with the company.

woke up this morning shocked and embarrassed by this photo. i’m deeply offended and will not be working with @hm anymore... pic.twitter.com/P3023iYzAb

In a statement, H&M said, "We completely understand and agree with his reaction to the image." The Swedish low-cost fashion brand added that it would "continue the discussion" with The Weeknd and his team.

"We are deeply sorry that the picture was taken," H&M said.

NBA star LeBron James, rapper Diddy and other artists have also responded with outrage to the image.

James posted a refreshed image showing the model wearing a crown. Diddy posted an image with a sweatshirt revised to read "Coolest king in the world."