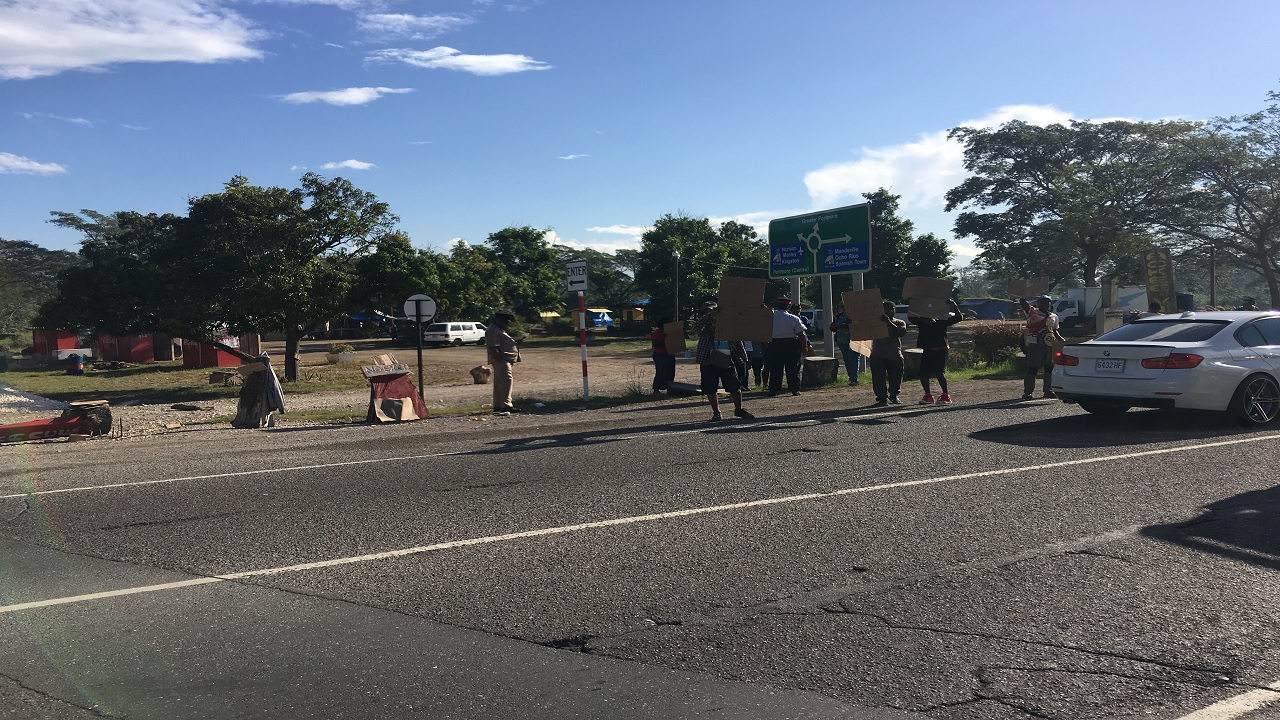 Disgruntled vendors staged a protest Monday morning, seeking to lobby the authorities to provide proper amenities for the newly-constructed ‘Ackee Village’ off the Dyke Road in the sunshine community of Portmore.

"We want road and light!" one Rastafarian vendor shouted within earshot of the cops and several Hawkeye security vehicles, as vehicles snailed by in the early morning traffic.

Ackee Village emerged from makeshift arrangements by a number of vendors along the exit road from Mandela Highway into Portmore, where the ackee, which is central to the National Dish, was a staple item on offer on an almost year-round basis.

Today, the village is a structured vending park with modern amenities, including a spacious parking lot and a children's play area. But apparently, all is not hunky dory.

"A long time we ah tell the Mayor say we need more facilities, because if dem want this village to be a tourist attraction, more infrastructure needed over ya so. When rain fall, over ya muddy and we caan sell beyond certain time, and de mosquito dem big like Air Jamaica plane," one vendor told a Loop Jamaica reporter.

These concerns remain even after expenditure of some $11 million from the Ministry of Local Government and Community Development, along with US$80,000 from Caribbean Local Economic Development in partnership with the Portmore Municipality.

A total of 20 shops have been included in phase one of the project, with 40 more slated for construction under phase two of the development, and a third phase also on the drawing board. The third phase is to include a riverside park and restaurants.