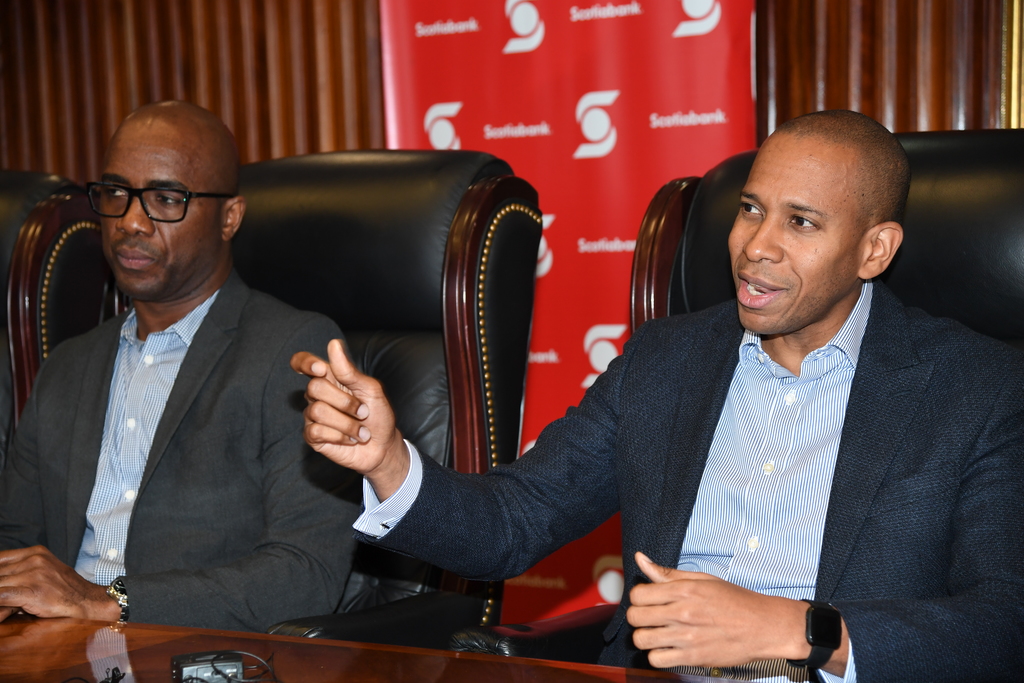 President and CEO of Scotia Group Jamaica David Noel (right) makes a point at a media briefing on Friday. Listening on is Adrian Stokes Senior Vice President & Head of Insurance and Wealth Management.

Scotia Jamaica Life Insurance Limited is moving to further grow its operations, after discontinuing plans to enter into a sale and distribution agreement with Sagicor Financial Corporation.

Scotia Life Insurance and Sagicor announced last November that they had mutually agreed not to proceed with a 20-year distribution agreement for life insurance products and services in Jamaica.

The deal collapsed nearly a year after both companies announced the agreement.

At a media briefing on Friday, Scotia Group Jamaica President and CEO David Noel sought to clear up certain misconceptions surrounding the cancelled deal, noting that the Scotia had no intention to “exit the insurance business altogether”.

“We had always planned to remain in insurance, but looking at one particular way of delivering the insurance so we would still provide our customers with insurance products,” Noel said.

Under the agreement, Scotia was set to sell its insurance subsidiary, Scotia Jamaica Life Insurance Company to Sagicor.

Head of Insurance and Wealth Management at Scotia, Adrian Stokes said the intention was to transform how Scotia operated its insurance business.

“When we looked globally at our insurance footprint, we decided that it is an area that we wanted to grow in significance,” Stokes said.

He said the hope was that Scotia would focus on the distribution segment of the business and partner with a company that was good at underwriting. 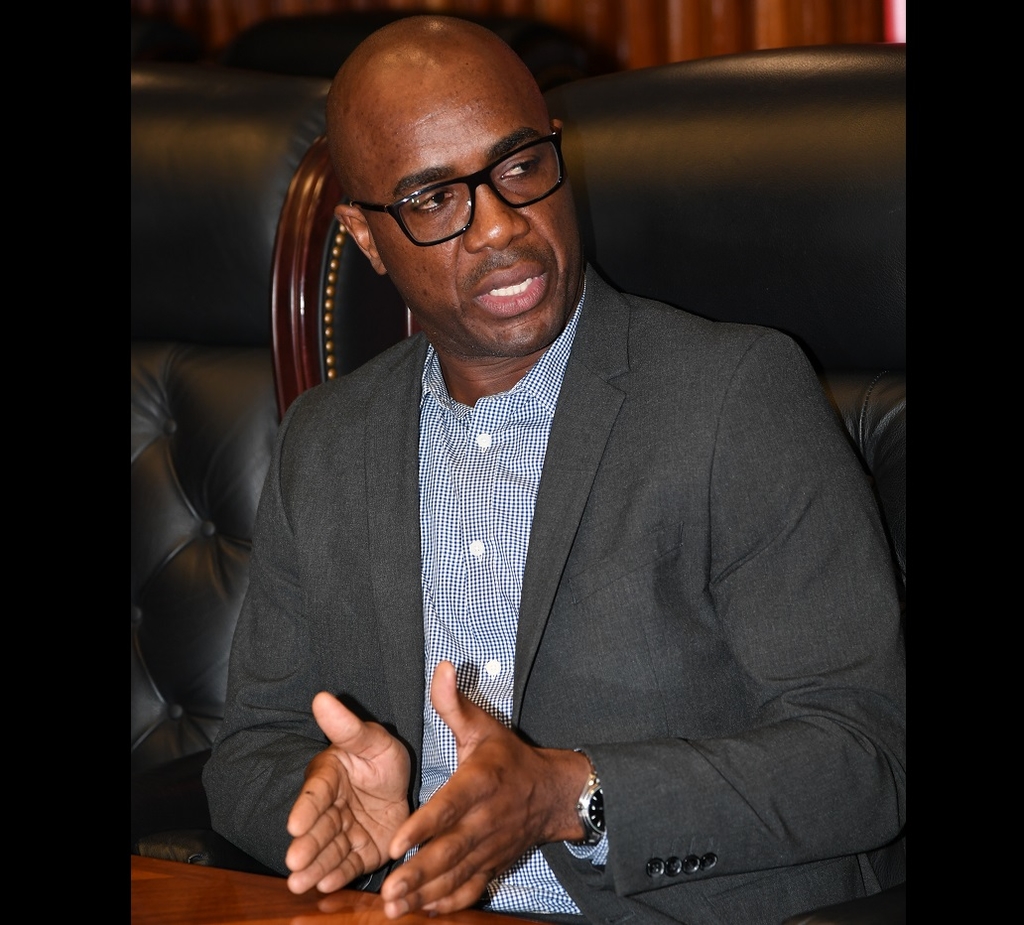 Scotia and Sagicor were, however, “unable to arrive at a sweet spot, where both parties could agree on the way forward,” according to Stokes.

In the meantime, Stokes said the banking giant would continue to invest in its insurance business, its people and operational framework as it looks to “refresh its product shelf”.

“Our customers are going to be excited by a number of the things that we will be doing. It's a business that we are happy with and very interested in going forward with,” Stokes said.

“Some of our products were built in an environment of high-interest rates. Now we have a substantially different interest rate environment and so what we want to do is to ensure that that we deliver great value to our customers,” he said.

Scotia’s insurance business yielded a 20 per cent increase in insurance policies sold year-over-year as at the third quarter of 2019.

For Stokes, the results reflect customers’ confidence in Scotia Life’s products and services.

“The decision to end that pursuit and to really continue to operate our insurance business was a good one. The results corroborate that decision. Our customers are clearly confident in the business and with our brand,” Stokes said.

Republic completes acquisition of seven Scotiabanks in the region