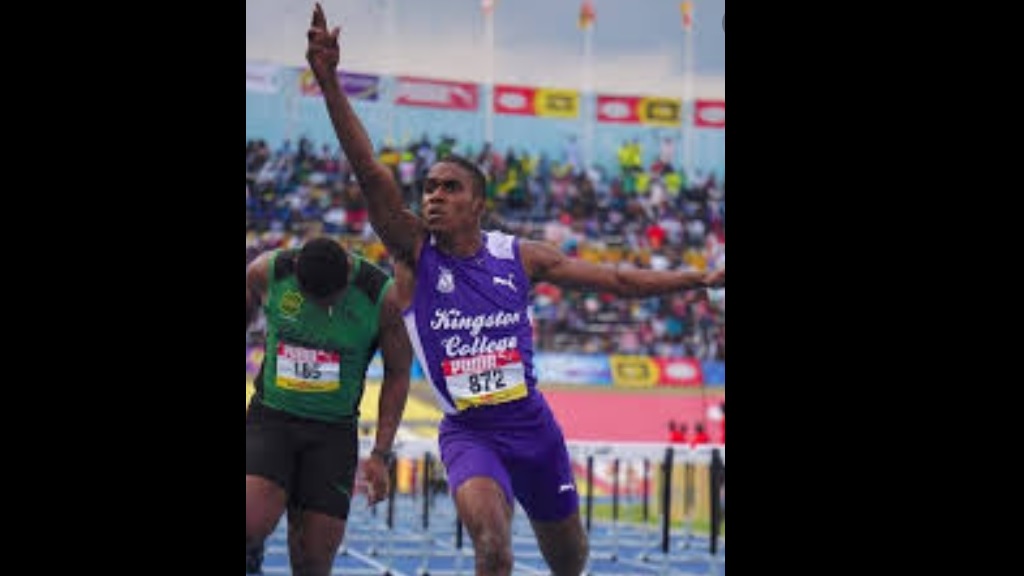 Kingston College's (KC) Wayne Pinnock and Ralford Mullings produced outstanding performances at the 2020 Central Hurdles and Relays meet at the G.C. Foster College of Physical Education and Sport on Saturday.

Pinnock, competing for the first time this season, produced a meet record 13.76 seconds to win the Boys' Class 1 110m hurdles, shattering the old mark of 13.89 set in 2016 by Chadrick Brown.

Pinnock was the only one to break 14 seconds as Rhyme Christian of Clarendon College finished second in 14.13. Pinnock's teammate Tajay Francis (14.22) and Clinton Simmonds (14.30) finished third and fourth.

Pinnock is the record holder of the obstacle event at the ISSA/GraceKennedy Boys’ and Girls' Athletics Championships with 13.06 he clocked last year when helping KC to score a runaway victory over Calabar at the championship.

Mullings was responsible for two records on the day. He won the Boys' Class 1 discus and shot put.

In the Boys' Class 1 discus, Mullings easily beat the field to win with a meet record throw of 56.56m, surpassing the previous mark of 48.44m set by Romario Jackson in 2019.

In the Boys' Class 1 shot put, Mullings also secured an easy victory with a 17.50m effort to shatter Rhanique Henry's 12.52m  set last season. Young, who earlier finished fourth to Mullings in the discus, came second in the shot put with a throw of 17.12m, which also bettered the previous meet record.

Edwin Allen's girls, the six-time defending champions at the ISSA/GraceKennedy Boys’ and Girls' Athletics Championships, also had a good day.