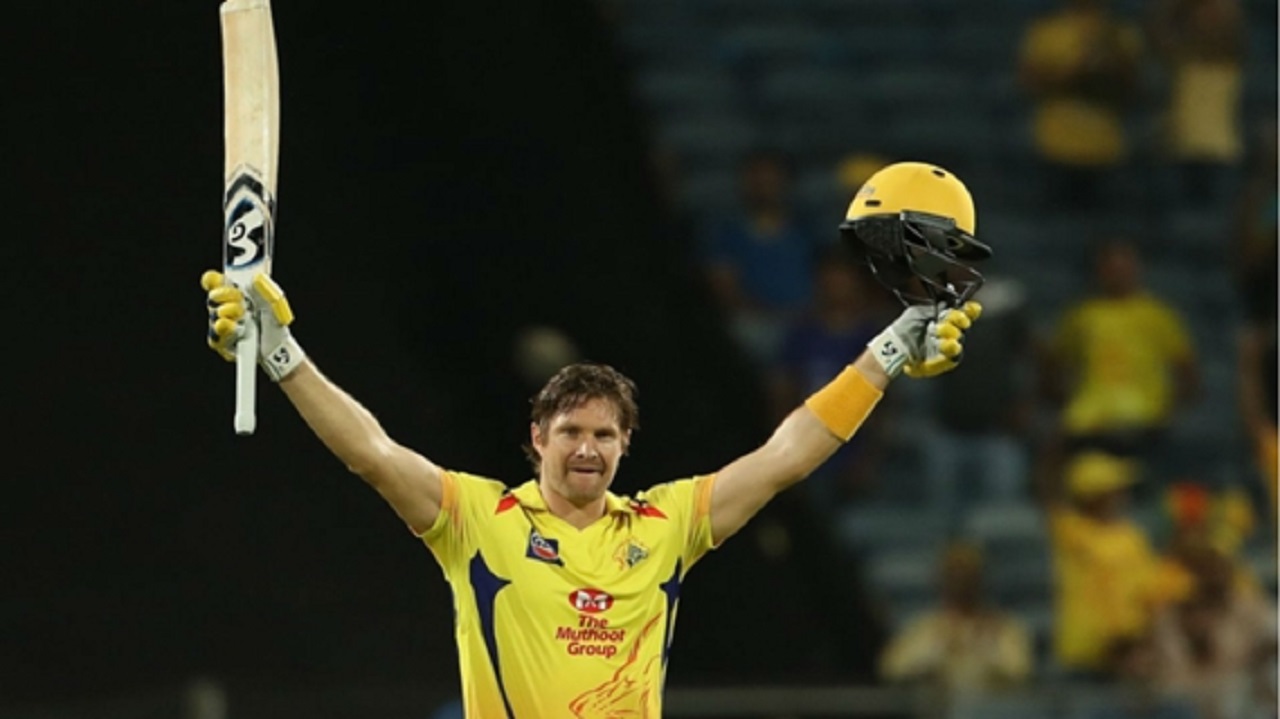 Discarded West Indies all rounder Dwayne Bravo picked up two wickets and scored an unbeaten 24 to help guide Chennai Super Kings to a comprehensive 64-run victory against Rajasthan Royals in the 17th match of the 2018 Indian Premier League (IPL) season, on Friday.

The day truly belonged to Shane Watson who returned to haunt former team Rajasthan Royals with a 51-ball hundred.

Former Australia international Watson spent eight IPL campaigns with the Royals, getting two centuries during his stint with the franchise.

The 36-year-old now has one against them after posting a brilliant 106 that saw him notch 15 boundaries, clearing the ropes on six occasions, as the Super Kings posted an imposing total of 204 for five.

Krishnappa Gowtham felt the full force of Watson's blistering attack, with three of his deliveries – including two in the same over – bludgeoned for maximums by the veteran Australian.

Suresh Raina (46) made his return from a calf injury and formed part of an integral 81-run partnership with Watson, before being denied a fifty when Gowtham dived underneath his mistimed shot at deep midwicket.

Rajasthan struggled to get going and despite the efforts of England duo Ben Stokes (45) and Jos Buttler (22) they never looked like avoiding a second defeat in succession, which came when they were bowled all out for 140 with nine balls remaining.

It could have been very different had Rahul Tripathi not let an outside edge from Watson squirm through his grasp at first slip in the opening over of the match.

The all-rounder punished the Royals emphatically, bringing up his fifty with a sweet six over long on after 28 deliveries and going on to complete a match-winning knock.

Watson - who later claimed the scalp of Gowtham (1) to cap a fine day - was not able to see out the innings, though. He was out caught behind by wicketkeeper Buttler off the penultimate ball from Ben Laughlin (2-38).

With former captain Steve Smith barred from this year's IPL following the ball-tampering scandal that engulfed Australian cricket, the Royals turned to South Africa's Heinrich Klaasen to replace him in the batting line-up.

The 26-year-old opened alongside new skipper Ajinkya Rahane (16) and endured a disappointing debut, bowled by the impressive Shardul Thakur (2-18) after a run-a-ball seven.

Stokes and Buttler's 45-run stand gave Rajasthan hope, but Stuart Binny (10) and Jaydev Unadkat (16) were the only other batsmen to reach double figures in a lacklustre chase.

The Super Kings' display will have been a boost for the 1,000 fans who made the 1,000-kilometre journey from Chennai to Pune, with safety concerns stopping them from hosting matches at home.

It is not as bad as it sounds for the loyal support, though. The team chartered a train to take their supporters to the match, supplying match tickets, food and accommodation, all for free!