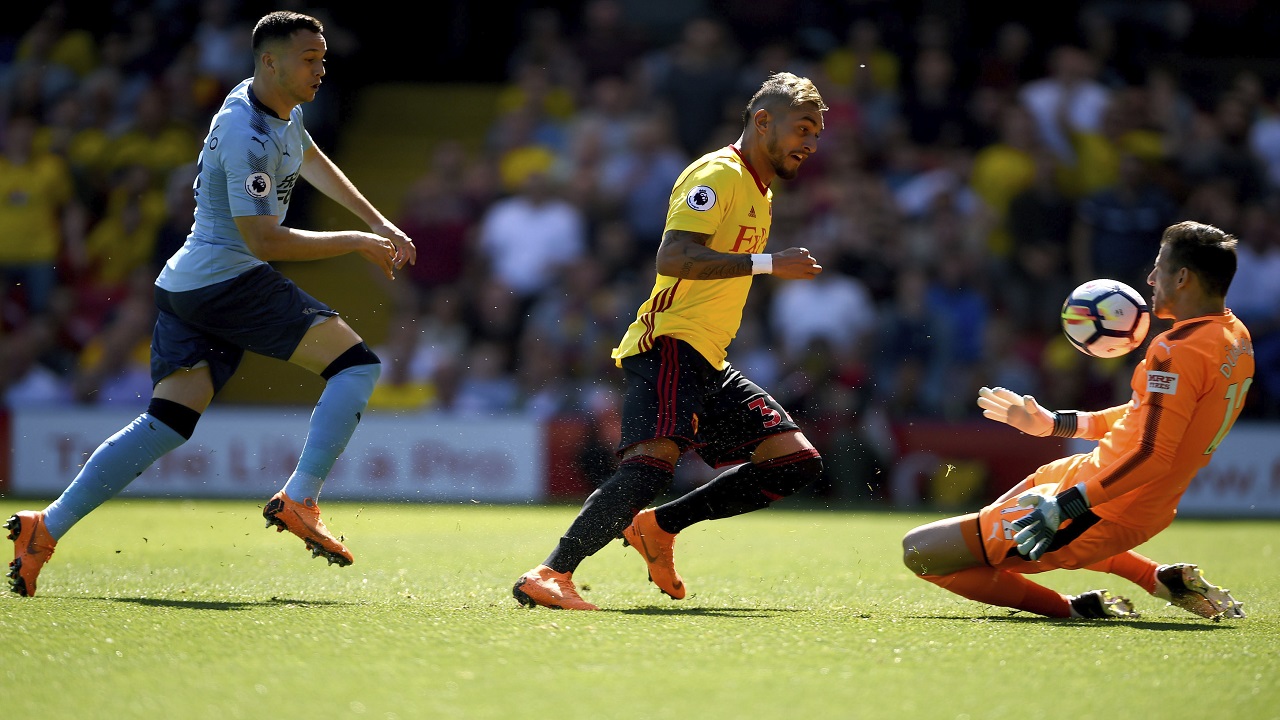 Watford's Troy Deeney takes a shot at a goal which is saved by Newcastle United goalkeeper Martin Dubravka during the English Premier League football match, at Vicarage Road, in Watford, England, Saturday May 5, 2018.

The former Burnley striker quickly atoned for that failed effort however, when Pereyra's fine hanging cross left him no option but to nod into the empty net.

Watford should have turned around three goals to the good, only for the inspired Dubravka to deny Deeney both from the penalty spot and the rebound after Paul Dummett upended Gray in the box.

When Newcastle finally produced a move of substance, after the break, they found the net.

The outstretched Ayoze Perez expertly redirected Javier Manquillo's whipped cross for his sixth league goal to get his side back into the match in the 55th minute.

Anonymous until the hour, Dwight Gayle then spurned two fine Newcastle chances, first unable to turn in the box, then failing to glance a header on target.