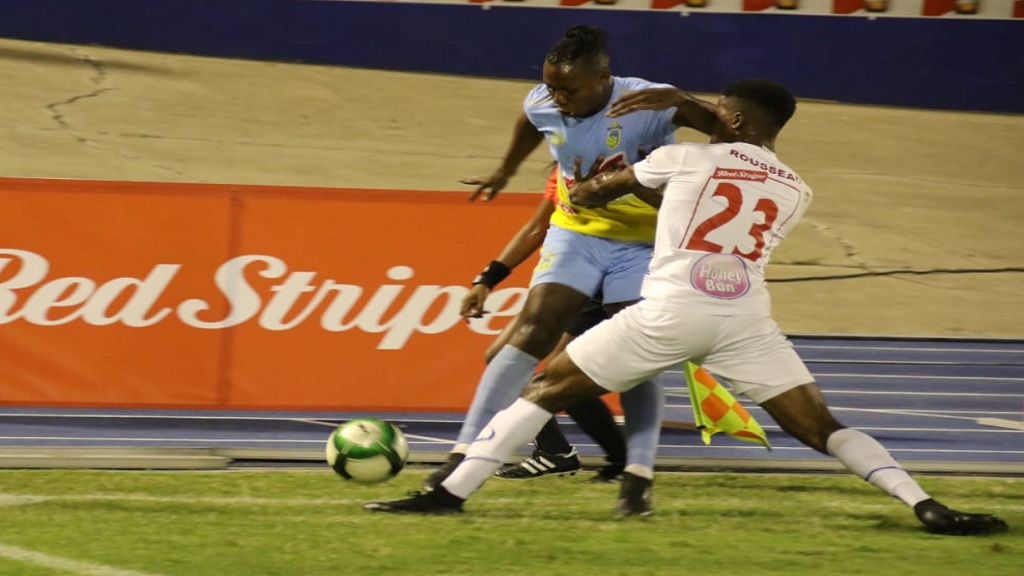 Action between Waterhouse FC and Portmore United in 2018-2019 season of the Red Stripe Premier League final on April 29, at the National Stadium. Portmore United won 1-0.

Waterhouse of Jamaica will be the first team to take a crack at reigning Scotiabank Concacaf League (SCL) champion CS Herediano of Costa Rica when the two sides meet in the first leg of their 2019 SCL Round of 16 series on Thursday at the National Stadium in Kingston, starting at 6:00 pm.

The Caribbean club is making its maiden voyage in the SCL and will be relying on Andre Fletcher and Keithy Simpson to handle the goalscoring duties.

The SCL is familiar territory for Herediano, who took home the crown in the 2018 edition by showcasing a dazzling brand of attacking football, combined with solid defensive play.

The hot boot at present for the Ticos belongs to Francisco Rodriguez, who has three goals in his last two Costa Rican Apertura 2019 matches. Another threat is Jose Guillermo Ortiz, who has two goals this season and scored in last year’s SCL.