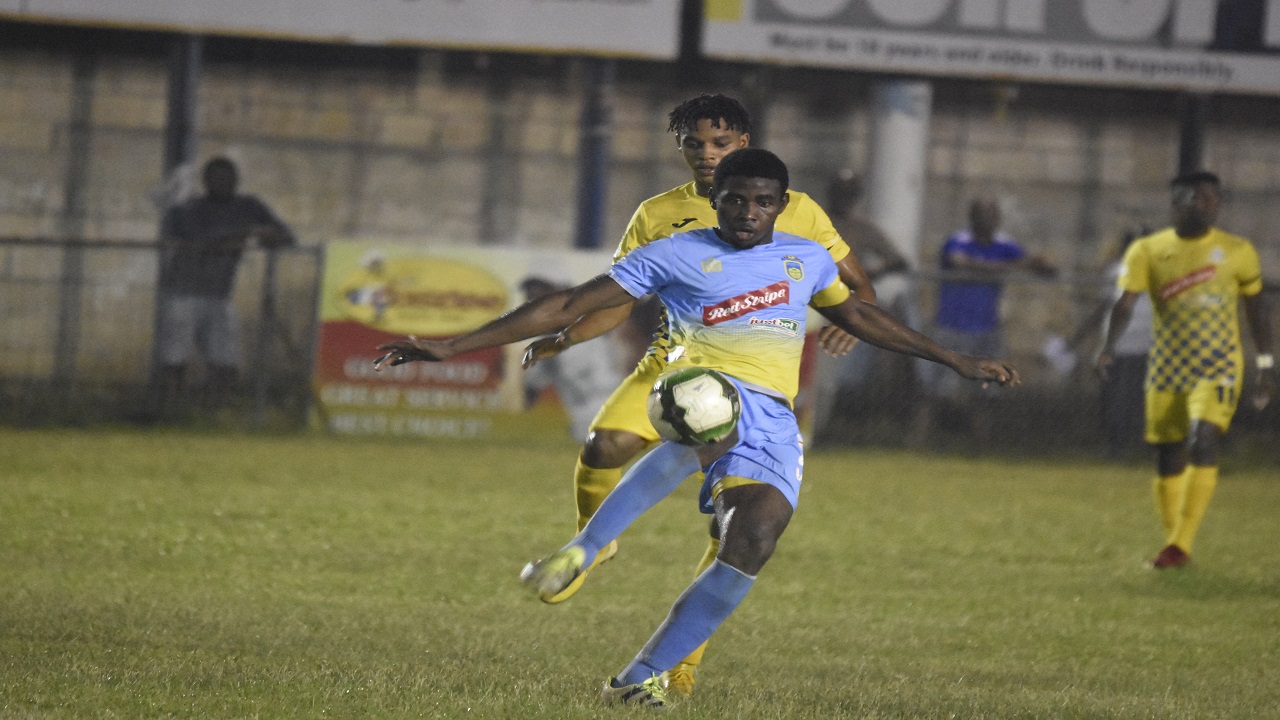 Goals from captain Keithy Simpson in the 28th minute, Andre McFarlane in the 69th and Kenroy Howell in the 84th helped Waterhouse to 45 points, two behind defending champions and leaders Portmore United, who had assumed the lead from inactive Cavalier earlier in the afternoon.

Shemar Nairne scored Harbour View’s consolation five minutes into second-half added time, in a match which was interrupted for approximately 22 minutes by a power outage.

With the loss, Harbour View remained just outside the relegation zone with eight matches to play in the preliminary round of the competition. The Stars Of The East are on 25 points, one more than Dunbeholden, three more than Reno and six more than Montego Bay United at the bottom of the standings.

Harbour View had control of the match until they gave up the first goal and, from then, Waterhouse took command.

Waterhouse took the lead after captain Keithy Simpson was fouled on the left flank, just inside the Harbour View half of the pitch. Simpson got up and marched into the box to receive the floating ball unchallenged and flashed a header past the Harbour View custodian.

Waterhouse wrested the advantage and carried the fight to their opponents for the rest of the half, which continued into the early stages of the second stanza, before Harbour View started making some threatening plays, although most fizzled into the final third.

Waterhouse made them pay for a poorly taken free kick on the left, to score their second goal. After winning the ball, their attack through the middle of the Harbour View half saw McFarlane receiving a nicely weighted pass into space.

The third goal was again from a counter, with Howell collecting the ball also midway the Harbour View half and dribbling by two defenders down the left flank. Inside the area, close to the goal line, his miscued cross sailed into the net from inside the far post.

Nairne sneaked behind the Waterhouse defence at the far post to collect a well-measured pass from the left flank, to head home Harbour View’s goal.