Waterhouse held by Herediano at National Stadium in Concacaf League 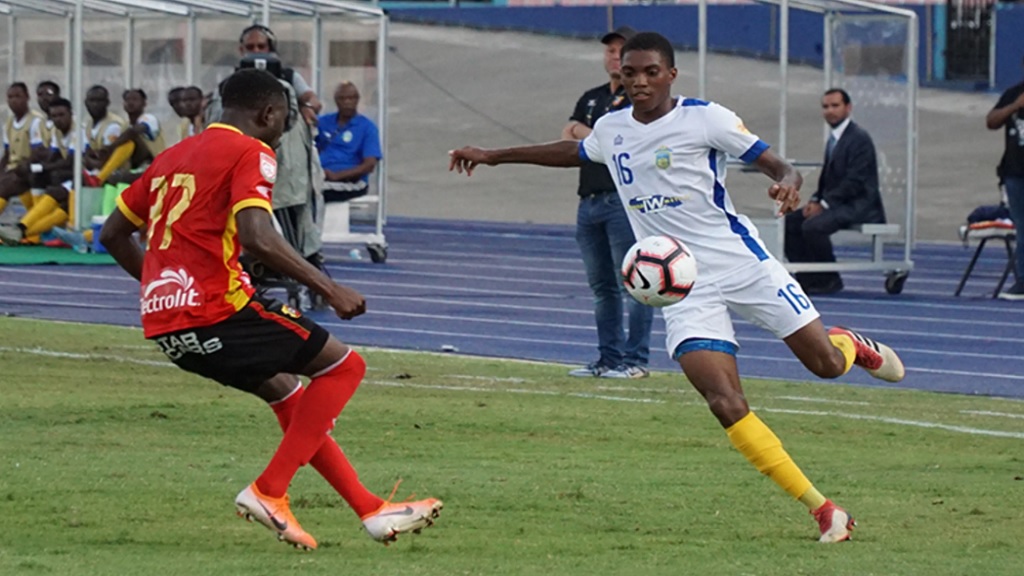 Keymani Campbell of Waterhouse (right) looks for a pass while Freddy Alvarez of CS Herediano closes in during their first leg Round of 16 fixture of the Scotiabank Concacaf League on August 22, 2019, at the National Stadium in Kingston.

Jamaica's Waterhouse were held to a 1-1 draw by reigning champion CS Herediano of Costa Rica in their first-leg fixture of the  2019 Scotiabank Concacaf League (SCL) Round of 16 series at the National Stadium in Kingston on Thursday.

The result means that CS Herediano grabbed a slim edge with the away goal.

Waterhouse went right to work on the reigning champion and Andre Fletcher took advantage of space in the Herediano penalty area to give the hosts an early 1-0 lead in the second minute.

Two minutes later, Herediano’s Bryan Rubio almost answered Fletcher’s early score with the equaliser, but saw his shot hit the post. The Ticos would draw even though in the 17th minute, as Keyner Brown spun a header over the arms of Waterhouse goalkeeper Akeen Chambers to make it 1-1.

Herediano started to increase the pressure on the Waterhouse defense in the second half and had two very good looks at goal, only to see Keysher Fuller fire just over the crossbar, followed by a Freddy Alvarez strike that forced Chambers into a big save.

In the end, the two sides would have to settle for the draw, leaving the tie up for grabs going into next week’s second leg.

Waterhouse hoping to get into Concacaf Champions League