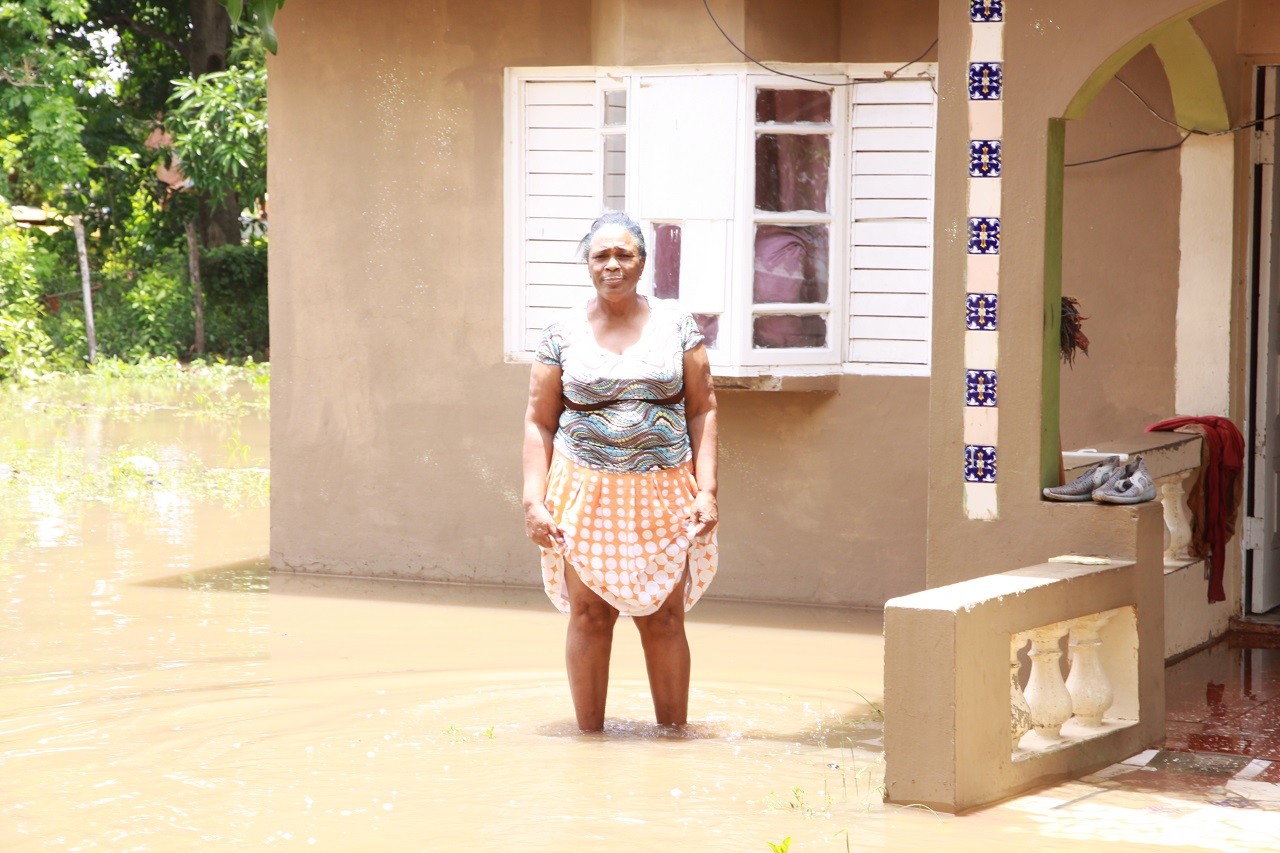 Doreen Barrett and her family have struggled with flooding for a number of years, but when they awoke in knee-deep water on Sunday morning, it was the worst they have ever experienced.

Barrett told Loop News reporter Job Nelson, “When mi sister wake up, she come dung off a di bed in a water. And di water full up di whole house. Everything unda water.

“Di water inna di toilet bowl look like dis out here,” she said, pointing to the brown-coloured stagnant water that was in the yard. “None out a di two bathroom (toilet) caan flush.”

It got worse for Barrett’s household as the day progressed with heavy rain lashing the island. Clarendon, where Barrett resides, was among the worst affected parishes.

According to Barrett, when her son waded through the water in the yard on Sunday, it was waist high, with nothing on the ground being identifiable, even the graves that are at the back of the house.

Barrett’s house was among the worst affected in her Water Lane community.

Like many other Clarendon residents, Barrett blamed blocked drains for the flooding.

She said she eagerly awaits sunshine and the water in her yard to evaporate in order to put out all her furniture to dry.

Barrett said Pauline Reynolds, the councillor for the Race Course Division, which comprises Water Lane, advised her that she needed to get permission from the parish council for a form of trench to be dug from her premises to carry the water away. However, she said that Reynolds told her that it would be at her expense.

Reynolds, however, in a separate interview, denied the allegations. She said she told Barrett it is a National Works Agency (NWA) road and not a parochial. Reynolds said that she advised Barrett to report the matter to the parish council for the body to take it to the NWA, for it to be done.