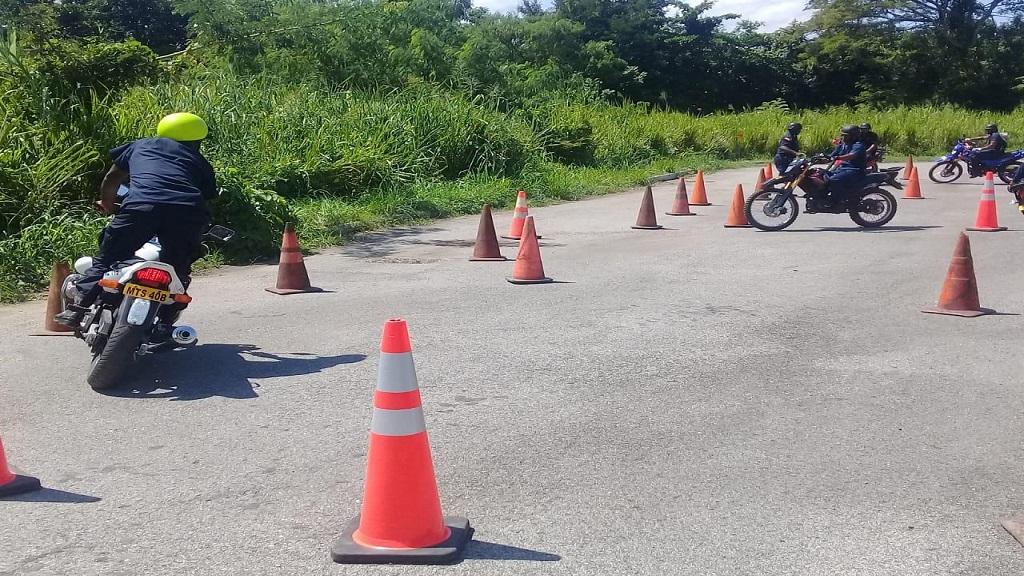 Police personnel participating in specialised bike riding training in Montego Bay, St James in preparation for the rolling out of a quick response unit in the second city and western parish.

Criminal elements across St James, especially within the city of Montego Bay, are in for perhaps the fight of their lives when a new police formation hits the streets within about another month.

At the request of Loop News, which got wind of the preparations for the new initiative, commanding officer for the St James Police Division, Superintendent Vernon Ellis, shared some general elements of a highly-trained, tactical and technology-driven quick response motorbike team to be soon rolled out onto the streets of the second city in a determined bid to arrest illegalities that have been somewhat reduced there over recent times, but still need to be further contained. 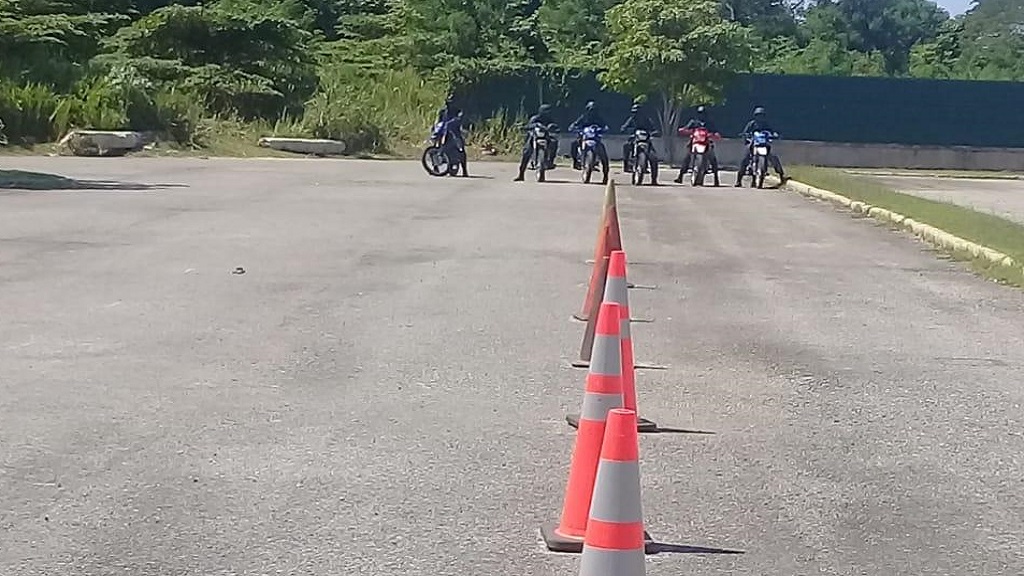 The strategic plan is to bring greater crime control measures to Montego Bay and the wider St James, and the new and specialised motorbike unit will present a “critical additional security layer in the bid to break the back of criminality across the city and parish,” said Ellis.

He said sharp, highly flexible, tactical and heavily technology-driven training is presently being done to prepare the new team to hit the roads within another month “to be strategically placed to respond within less than five minutes generally, to serious crime reports, making it far less attractive for individuals to engage in especially violent criminal acts, particularly within the city of Montego Bay.”

As a clear testament to the intricacies of the ongoing preparation of the new team, Loop News was given a sneak peek into the training to sharpen the motorcycle handling skills of the members of the new team, which is shared in the video below.

Ellis said a major weakness of the policing arrangements for the second city over an extended period of time, has been the inability of law enforcers to effectively navigate much of the landscape of informal settlements across sections of the city, where the existing road networks and topography have not been conducive to normal vehicular patrolling.

“Now with the quick response bike team out in full force, that picture is set to change sharply, with us having the ability to cover pretty much any terrain in quick order, which is something that you will see being evidenced from the intense training regime that is being implemented in respect of the new team,” said the commander.

He cited that in July of this year, a more strategic motorised patrol formation was launched across the city, and it has already been bearing fruits in the recovery of firearms and ammunition, the arrest of wanted individuals, along with drug seizure and the apprehension and arrests of persons for serious crimes committed in various communities.

In addition, he said the more systematic motorised patrol formation, under the direction of Deputy Superintendent R Fletcher, has been contributing heavily in terms of public reassurance and community policing amid constant manning of the streets, “with member of the public generally expressing appreciation of seeing police presence more often and outside of major operations, to the point where team members have at times reported being asked, ‘What’s happening?’ in response to now normal police patrolling in many areas where it was somewhat uncommon before.”

Added Ellis: “We have seen reductions in robberies, shootings, murders and more within the city limits, and with the quick response bike unit to be another overlay, we will be able to go into the off-road areas – the beaten tracks, so to speak – with quicker responses than normal.” 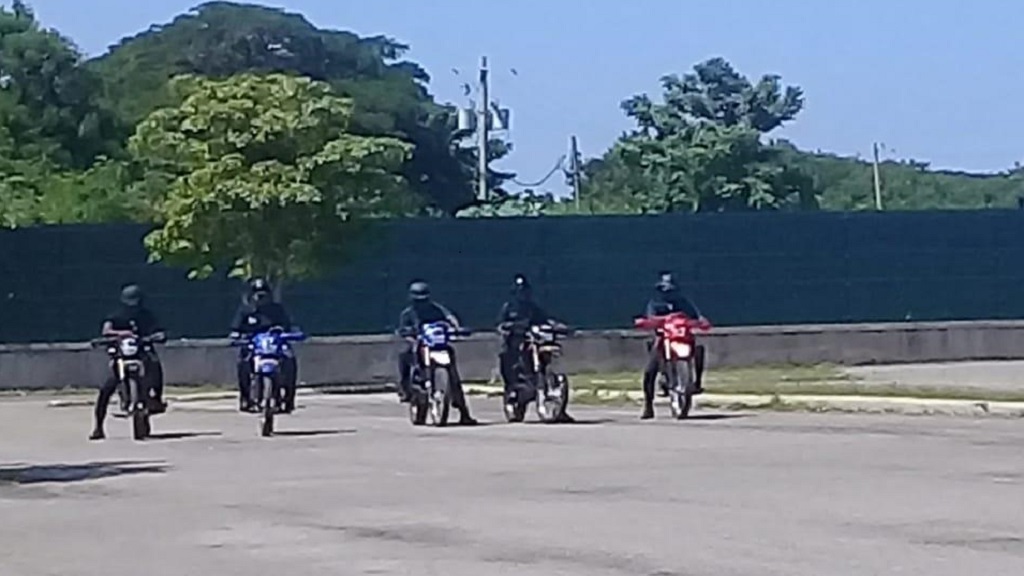 He said the training of the new unit is not only about extreme riding skills, “but also tactical application involving good, professional customer service and community policing as part of a broader strategic crime-fighting goal.”

The commanding officer said there would also be ongoing training for the new team, “and as things change, we will be changing with the team’s tactical approach”.

He said the pending roll-out of the new and highly skilled motorbike unit, while it will be somewhat new to the Jamaican policing landscape, especially in Montego Bay, it has been successfully introduced in countries like the Dominican Republic, Mexico and Colombia, where the principle of policing via multiple layers of application involving the use of jeeps, cars, motorbikes, bicycles and foot patrols has become a much more staple feature in many cities over time.

Of members of the public who are being targeted for the greatest benefit from the broadly expanded policing initiative across Montego Bay and the wider St James, Ellis sought continued support for the police in the fight against crime within the communities.

“We are asking the public to continue to support the police as we seek to put in place another layer of security that will significantly help us to get the job done much more effectively,” he said.

Submachine gun with silencer seized by the police in Montego Bay